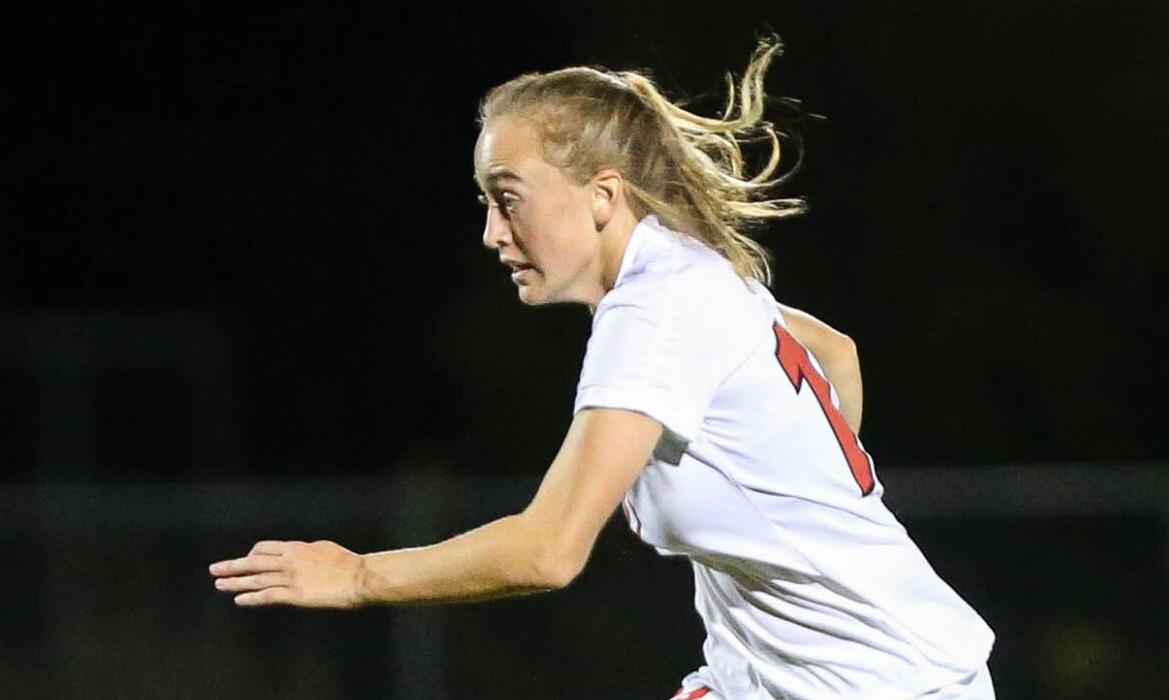 Ashley Bates scored during one of Keene State College’s Intrasquad scrimmages this fall. 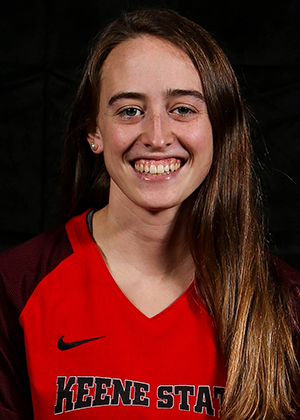 Ashley Bates scored during one of Keene State College’s Intrasquad scrimmages this fall.

After the women’s soccer season was canceled this fall due to COVID-19 concerns, the Keene State College senior is now hoping that the matches will be played during the spring instead.

“It was very disappointing for Ashley along with my other 10 seniors to not have a normal fall season,” said KSC head coach Denise Lyons. “I watched Ashley develop from an early age, when her high school team (Leland & Gray) attended our Keene State summer soccer camps. Ashley has a high soccer IQ and is passionate about soccer.”

Bates, who has scored three goals during her college career, tallied during one of her team’s intrasquad scrimmages in October.

“Ashley is a dynamic forward with a lot of speed. Her quickness on the ball and solid foot skills made her a dangerous threat up top. Defenders found it very hard to keep up with her pace,” coach Lyons noted. “Ashley is a team player who worked hard — not only on the field but also in the classroom. During her career, she understood the value of hard work and her hard work didn’t go unnoticed by the coaching staff.”

The forward found the back of the net 49 times for Leland & Gray. She made the All-State team as a senior after helping the Rebels to a 12-5 record and their first Final Four appearance since 1997.

“I could see her following in her dad’s footsteps and coaching someday,” Lyons forecasted. “Ashley has played a big part in the success of our team over the years. I am looking forward to the spring so that Ashley can finish out her career scoring more goals for Keene State.”

The Owls, who went 10-9 in 2019, started training in small groups on Aug. 24. The players wore masks and social distanced, eventually being allowed to all do drills together on the pitch.

“Unlike other colleges who had decided to teach remotely and have no fall seasons, we followed the strict NCAA resocialization protocols that were in place. Our athletes were tested weekly for COVID,” Lyons said. “We were hoping to play some outside competition this past fall but due to the increase of COVID in other states we were unable to play, so we are hoping to play our Little East Conference games in the spring.”