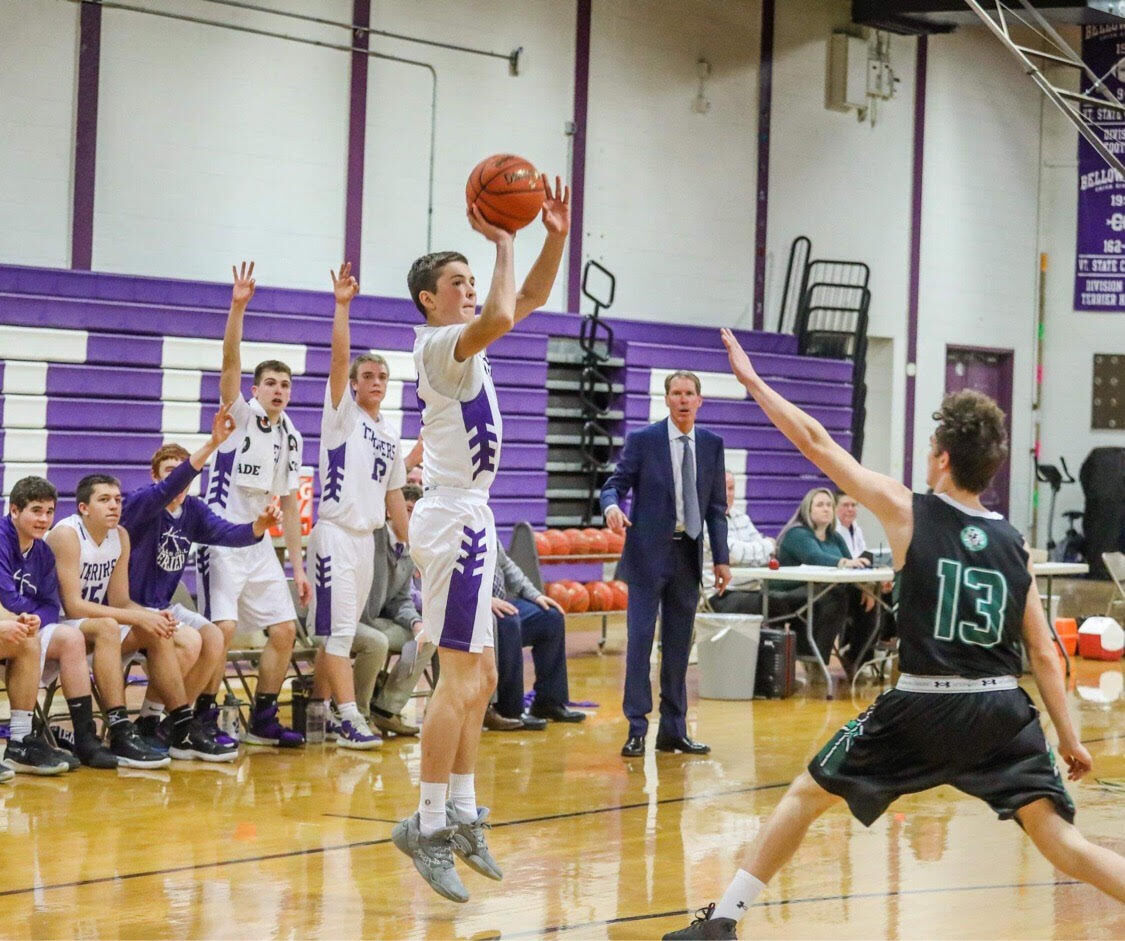 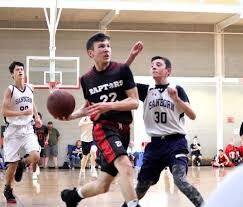 Bellows Falls junior Jon Terry drives to the basket for the Raptors AAU team out of Keene, N.H. 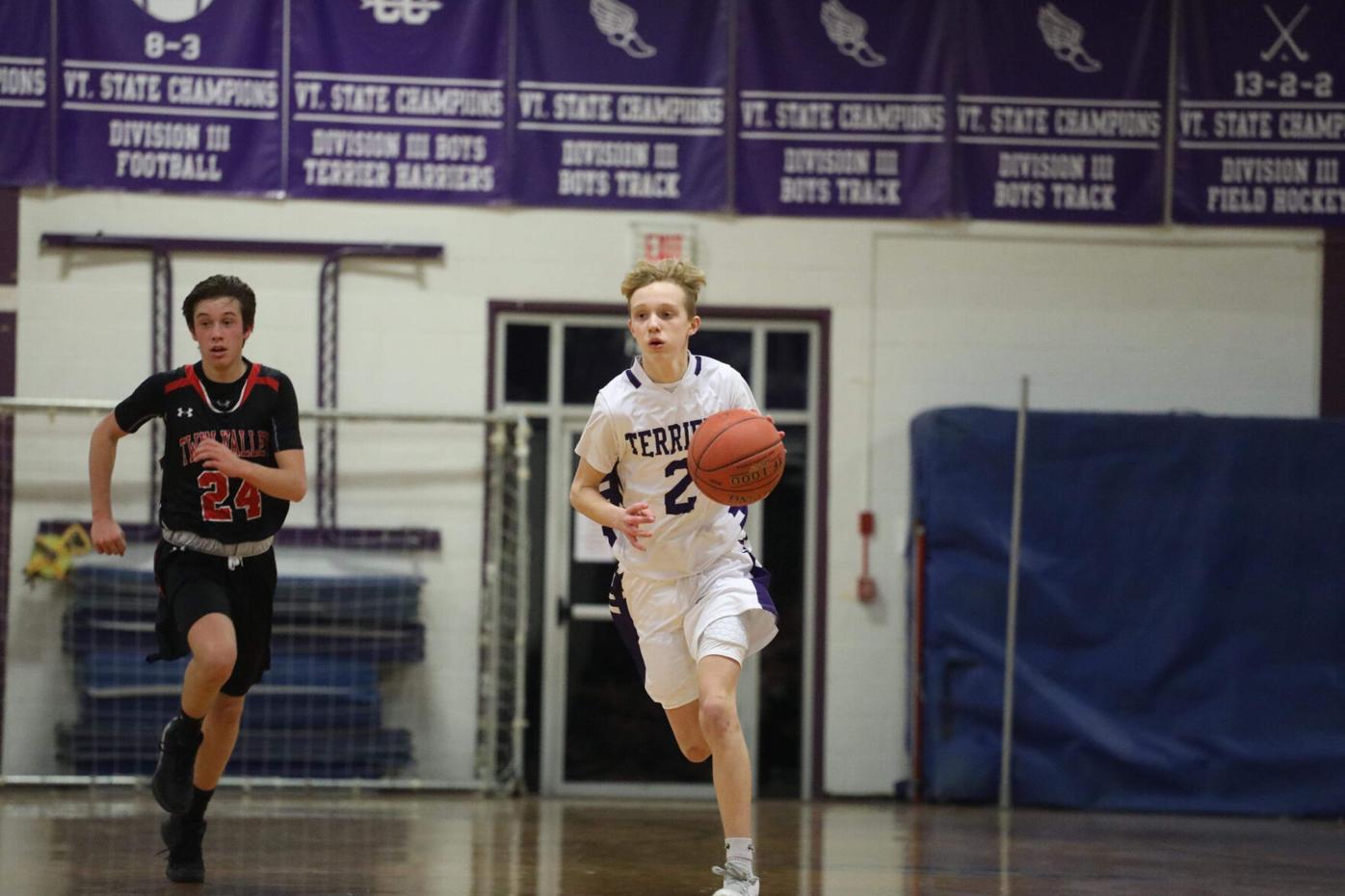 Jamison Nystrom runs the show for the Terriers. 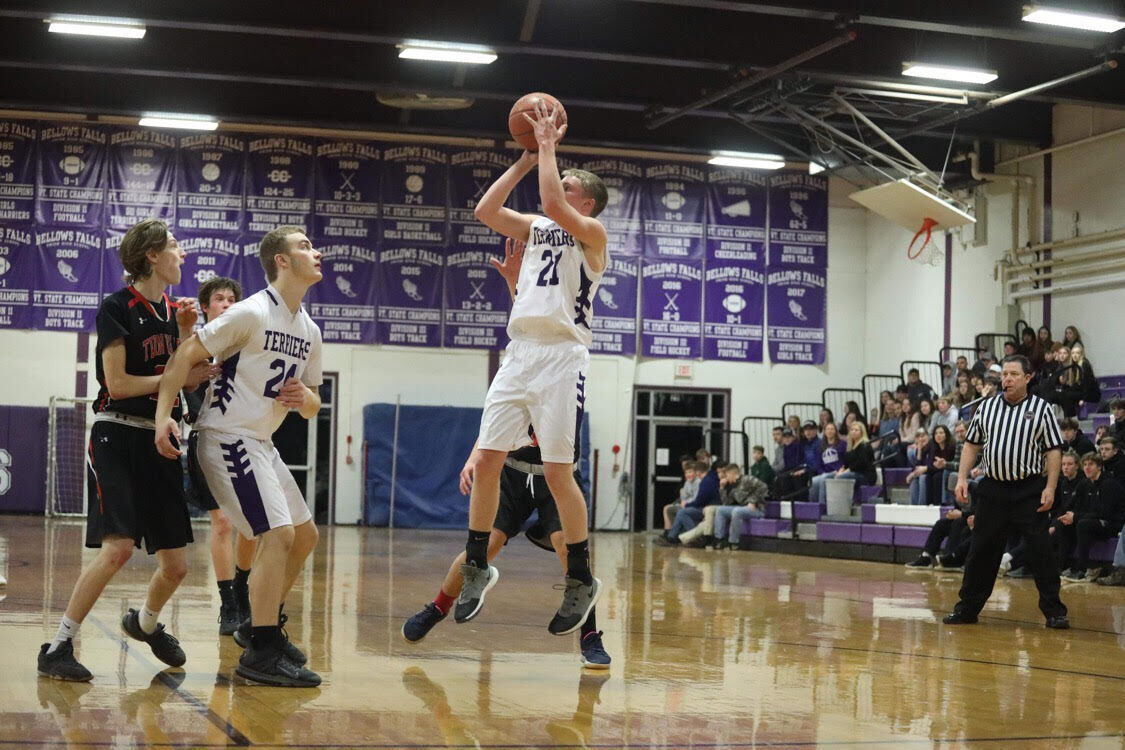 Bellows Falls junior Jon Terry drives to the basket for the Raptors AAU team out of Keene, N.H.

Jamison Nystrom runs the show for the Terriers.

After playing one season of touch football, Bellows Falls varsity boys basketball captains Logan Lisai and Jon Terry will now be competing in games without any fans in attendance.

"I must say that I have been very pleased with our concentration and communication thus far in practice. We will continue to focus on incremental improvement throughout our regular season," said Terriers coach John Hollar, whose team went 14-8 last year.

Bellows Falls reached the Division 3 quarterfinals in 2020, but will face a serious test during the 2021 regular season — taking on a dozen Division 1/2 teams.

“We are entering the second year of a total re-build of the boys basketball program at BFUHS," noted Hollar. "To say that we are ‘up against it’ is like calling brain surgery ‘a job.'"

Yet it's difficult to count out any team with Terry on its roster. The 6-3 junior, who scored 120 points and pulled down 139 rebounds last season, has recently been seen shooting and dunking during chilly evenings at the Rockingham Rec's outdoor court.

Hollar's team, which will certainly miss 1,000-point scorer Ryan Kelly, is scheduled to host Sharon Academy in its Jan. 12 season opener at 7 p.m. Every Bellows Falls home game will be livestreamed for free by FACT TV.