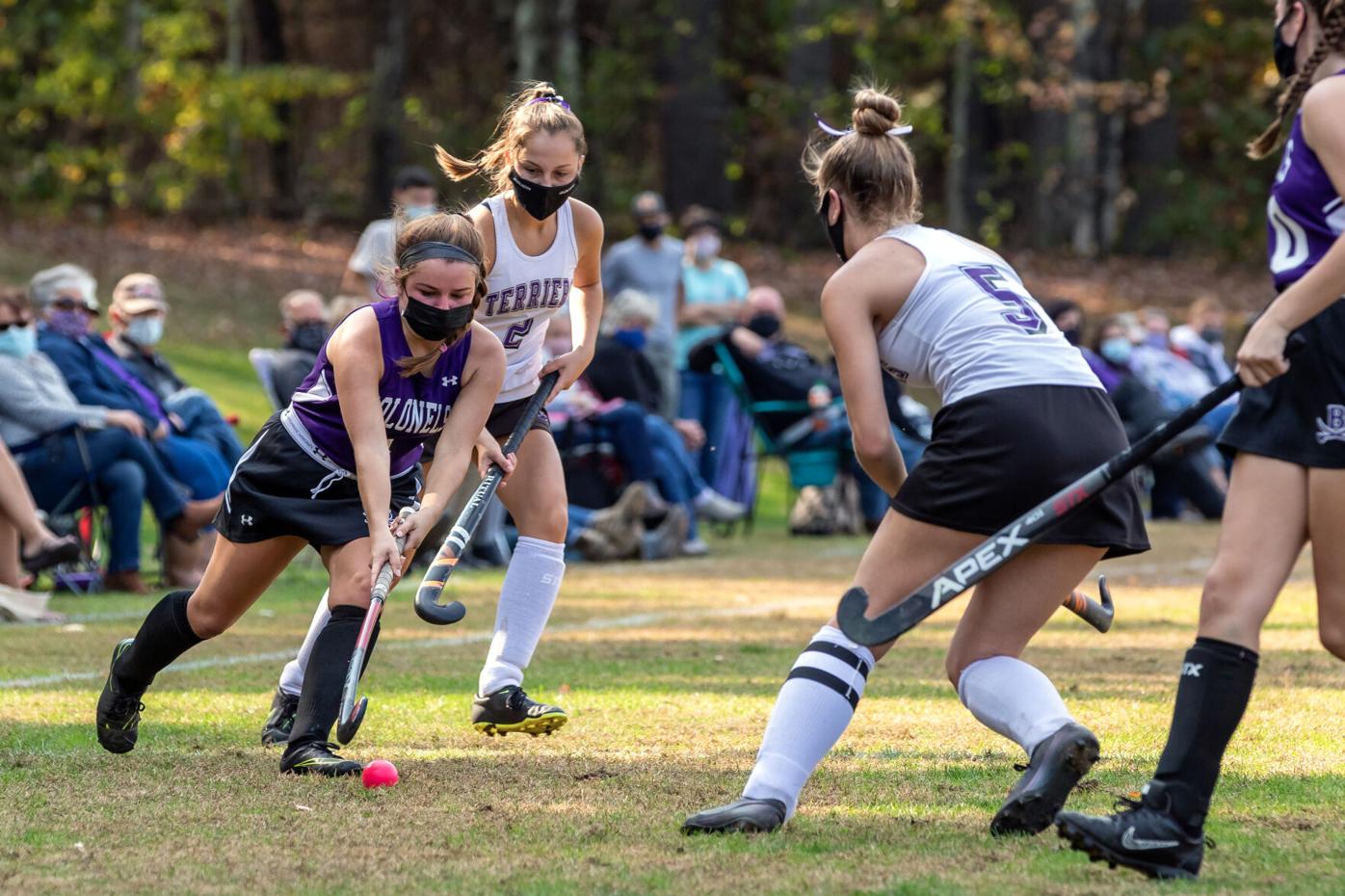 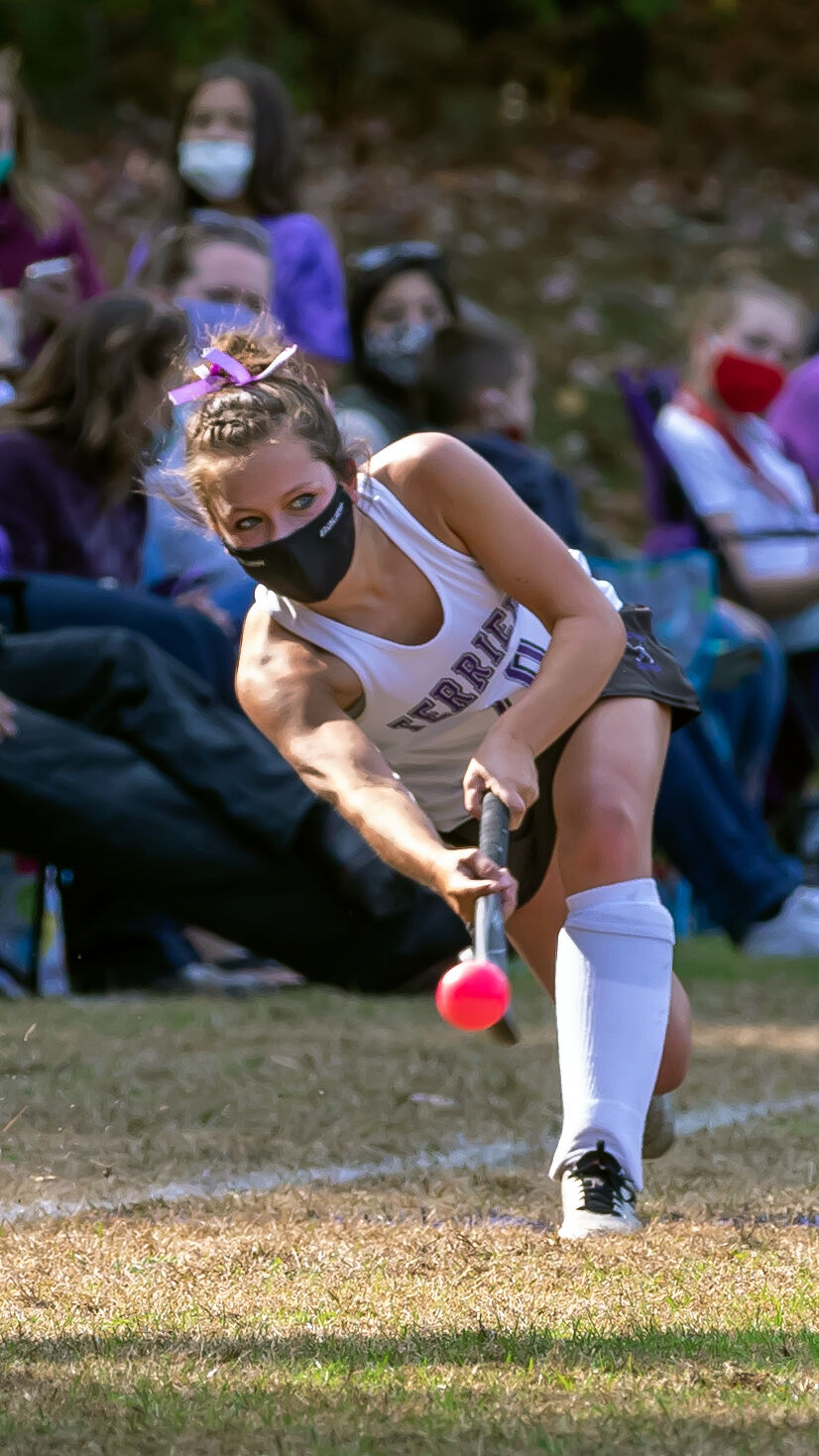 Sadie Scott unloads a shot for the Terriers.

Below: The Bellows Falls varsity field hockey team ended up with a 32-6 advantage in shots on goal during Saturday’s home game versus Brattleboro.

Sadie Scott unloads a shot for the Terriers.

Below: The Bellows Falls varsity field hockey team ended up with a 32-6 advantage in shots on goal during Saturday’s home game versus Brattleboro.

WESTMINSTER — Maya Waryas and Grace Wilkinson each tallied twice to lead the Bellows Falls varsity field hockey team to a 7-1 victory over Brattleboro on Saturday.

Jules McDermid, Grace Bazin and Ashlynn Boucher also scored for the Terriers (6-0). Waryas and Bazin set up one goal apiece.

The Colonels (2-3) got on the board in the third quarter. Makenna Severance started it with a drive to Kiera Noble, who redirected the ball for an assist to Katryna Jarvis.

Brittney Wright made 25 saves for the visitors.

“I am beyond proud of the fight and intensity that junior goalie Brittney Wright played with today,” noted Cooke. “She fought for four quarters to keep her team in the game. She never gave up and made some amazing diving stops to keep the ball out of the net today. She played to the end, making incredible stops an on outstanding BF team.”

Shane Covey can be reached at