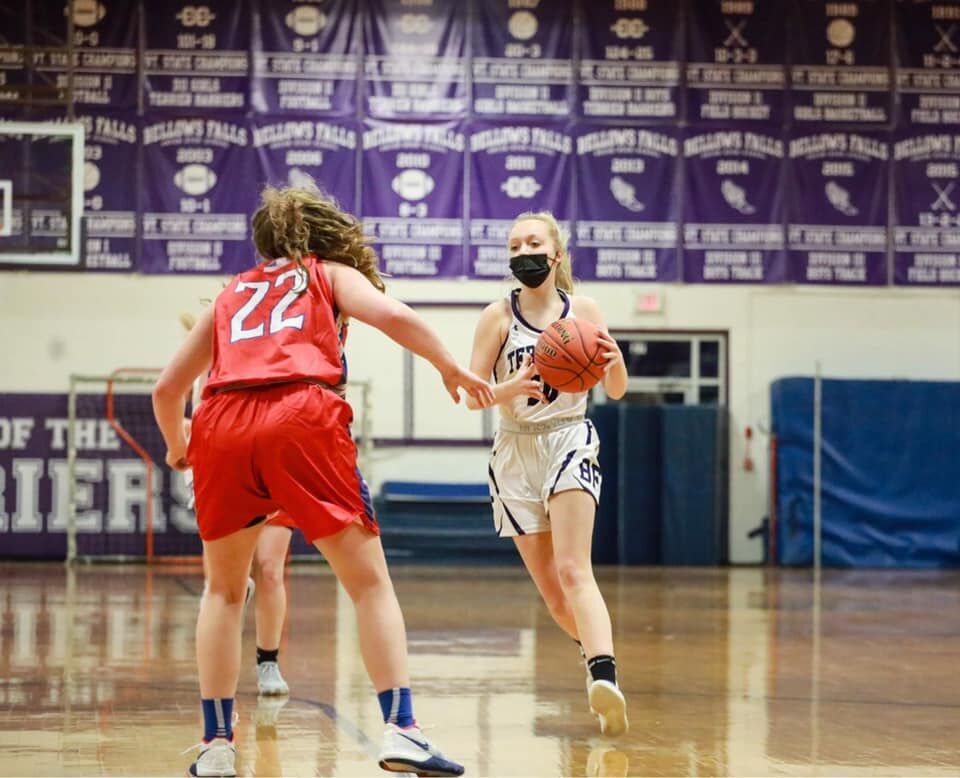 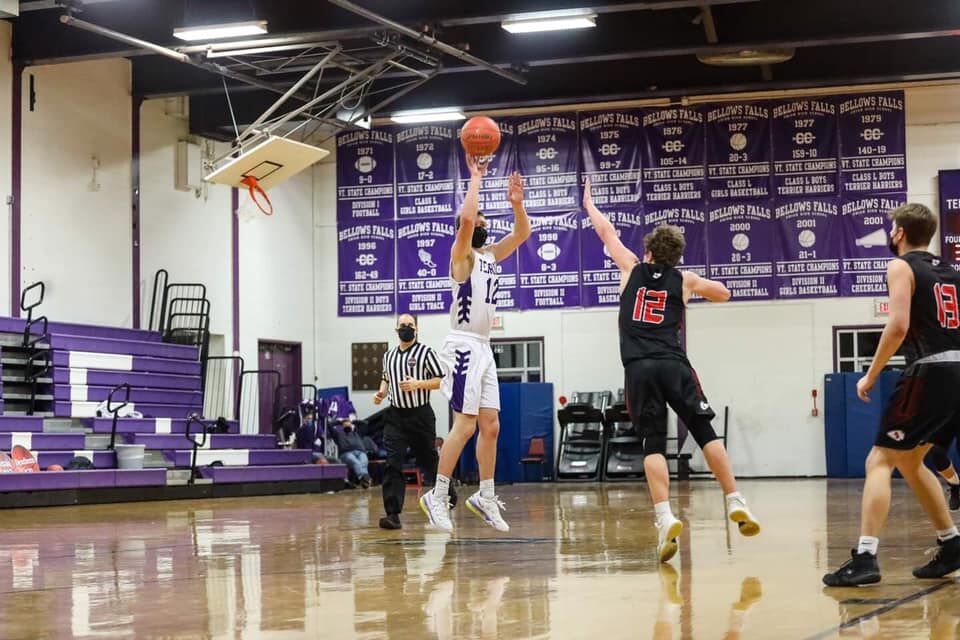 Logan Lisai scored nine points for the Terriers on his Senior Night in Westminster.

Logan Lisai scored nine points for the Terriers on his Senior Night in Westminster.

WESTMINSTER — Sydney Bazin scored a team-high 12 points on her Senior Night to help the Bellows Falls varsity girls basketball team to a come-from-behind 40-32 victory over Mill River at Holland Gym on Monday evening.

Bazin and injured classmate Abby Joslyn were both honored prior to the contest.

The visitors opened up an 11-0 advantage in the first 9:55. The Terriers got to within six points by the intermission and then went on a 12-2 run to take the lead for good.

Bre Stockman sank two free throws to begin the surge. After Bazin went 1-for-2 from the charity stripe, Julia Nystrom (11 points) connected from long range to pull the Terriers even at 19-19 midway through the third quarter. Bazin then made a couple of freebies before draining a deep deuce.

Bellows Falls made five shots from beyond the arc in the second half to pull away. Nystrom swished three of those, while Ashlynn Boucher and Maggie Parker each hit one.

The Terriers (3-4) forced 13 turnovers on the night. Stockman anchored the BF defense with a handful of steals.

Malori Carlson went off for a game-high 17 points to pace Mill River (1-5).

Jayden Crawford and Kate Longe each netted a dozen points for the Wildcats. Hannah Sullivan followed with 11 points.

Rutland took a 42-21 lead to the break. The Terriers only gave up 16 points over the final 16 minutes.

RUTLAND — The Colonels fell to MSJ 71-51 on Tuesday night.

“Too many second chances on defense,” said BUHS coach Jason Coplan. “MSJ hit their shots when it counted most.”

Maddox Traynor exploded for 21 points to lead the winners. Jerimiah Green and Keegan Chadburn followed with 18 and 16 points, respectively.

Gabe Packard ended up with 16 points for the 3-5 Colonels. Tate Chamberlin chipped in with 10 points and Trinley Warren added nine of his own.