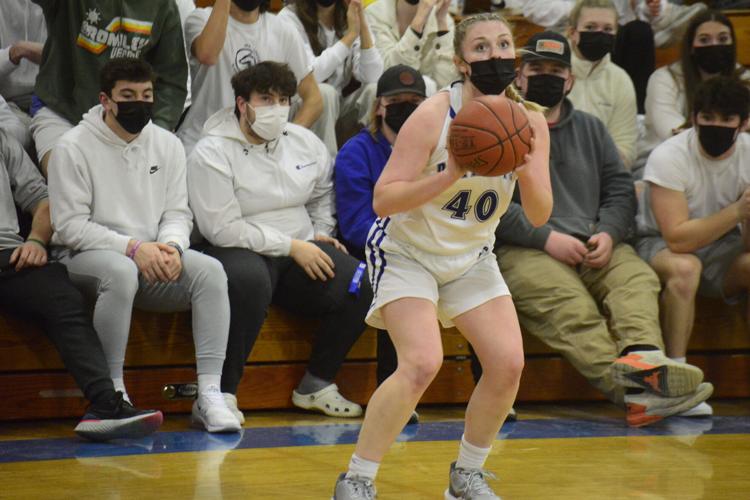 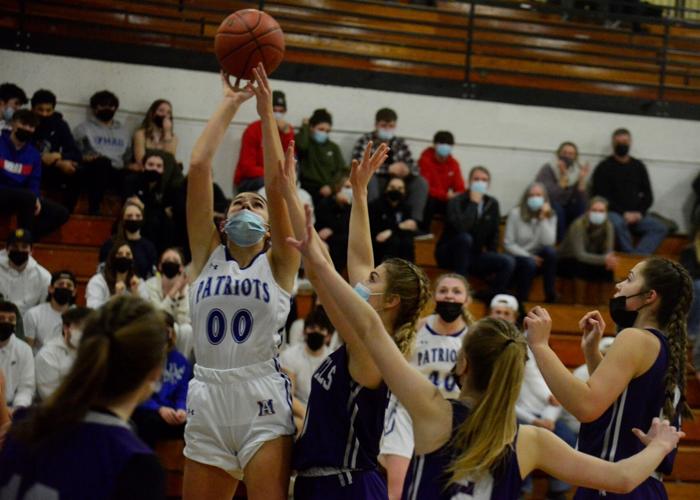 Mount Anthony's Lexi Gerow rises for a layup while being defended by a Brattleboro player. 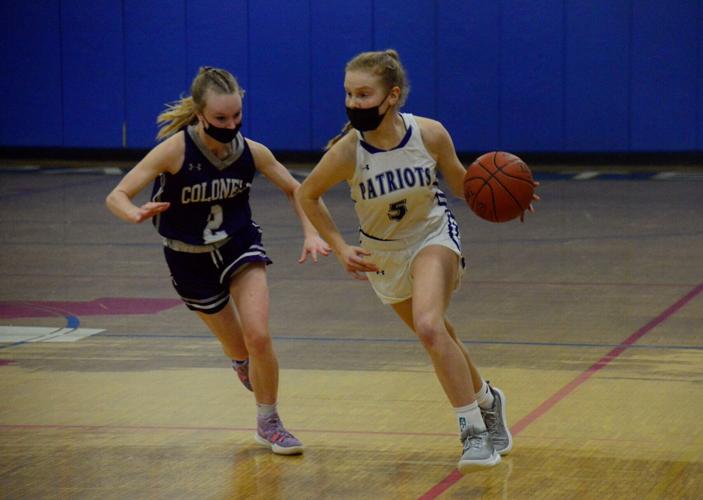 Mount Anthony's Lexi Gerow rises for a layup while being defended by a Brattleboro player.

BENNINGTON — The first half of Tuesday’s Mount Anthony versus Brattleboro girls basketball game had the feel of a traditional rivalry game.

Things were tight, evident by the five lead changes in the first quarter alone.

The second half was a different story. Brattleboro dominated the final two quarters, out-scoring the Patriots 23-5 en route to a 49-26 Colonels win.

The Patriots appeared to be the ones ready to pull away in the second quarter. MAU locked-in on defense, limiting Brattleboro to two points over the first four and a half minutes of the quarter. MAU rattled off eight points during that stretch, highlighted by a Meghan Barilone 3-pointer right in front of the Kates Krazies with 3:45 on the clock, extending MAU’s lead to 21-15.

Brattleboro responded with an 11-0 run of its own over the final three minutes of the first half, capped off by two makes from deep from Emily Worden and Kaitlyn Pattison in the final minute. Worden’s make from the top of the key marked the seventh and final lead change of the contest, as it was all Brattleboro from that point forward. Pattison’s make with 31 seconds left extended the Colonels’ lead to five, 26-21 heading into the locker room.

The MAU offense went cold after the Barilone 3-ball, failing to score over the next 11 minutes of game action.

Brattleboro scored the first 10 points of the third quarter before MAU got back in the scoring column off a nice feed from Maddisyn Crossman to Abby Sekora in the paint. Sekora finished the layup, giving the Patriots their first points of the quarter with just 42 ticks remaining.

It turned out to be the last basket MAU would score. The Patriots did manage to put up three points in the final quarter, but all three came from the charity stripe after freshman guard Madi Moore was fouled on a 3-point attempt with 7:09 left to play. Moore hit all three of her free throws, trimming Brattleboro’s lead to 38-26.

Brattleboro once again strung together an 11-0 run over the final seven minutes of play to leave Bennington with its fifth win of the season.

MAU falls to 1-11 on the season and travels to face Mt. Greylock at 6 p.m. on Thursday.