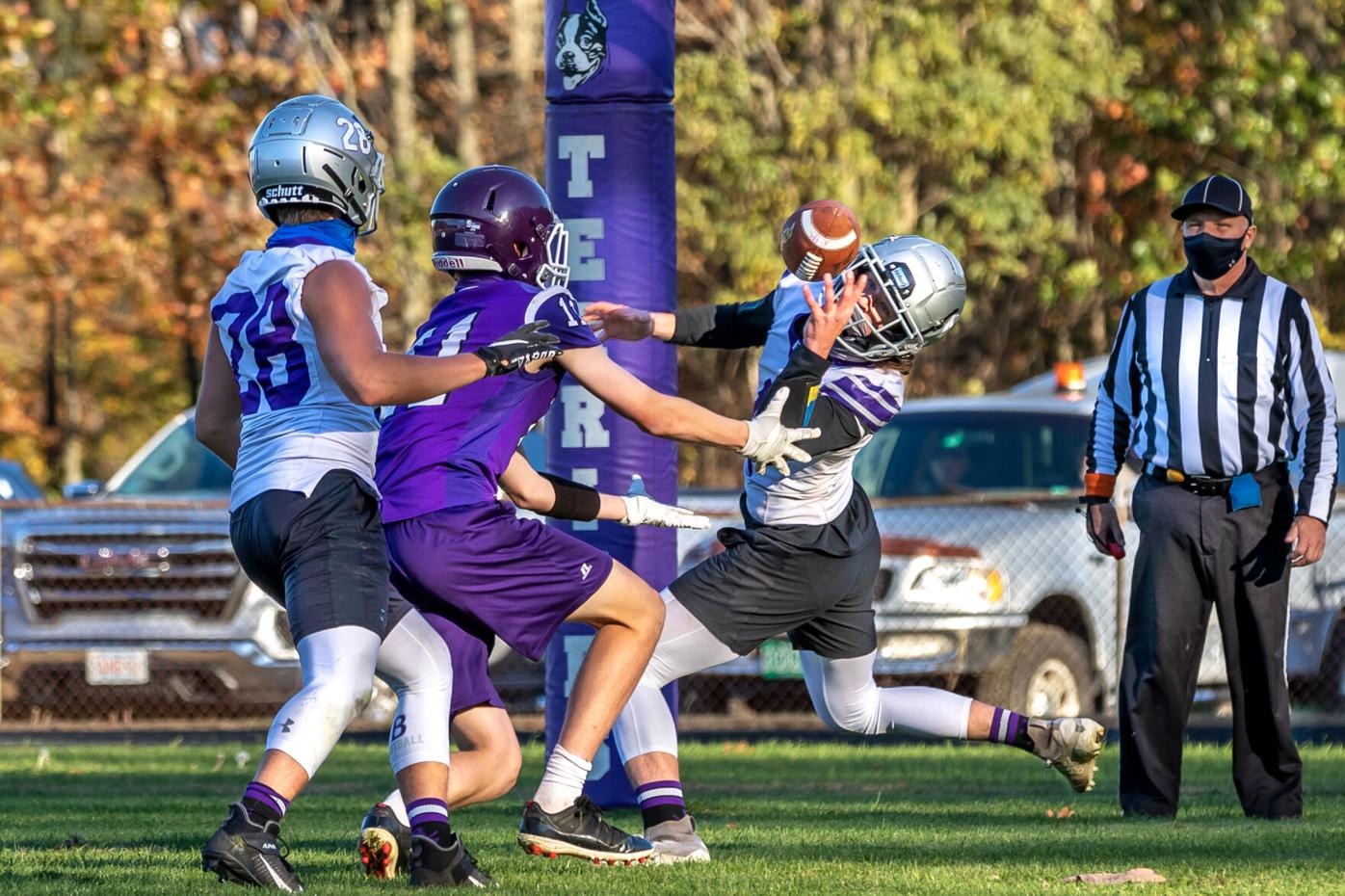 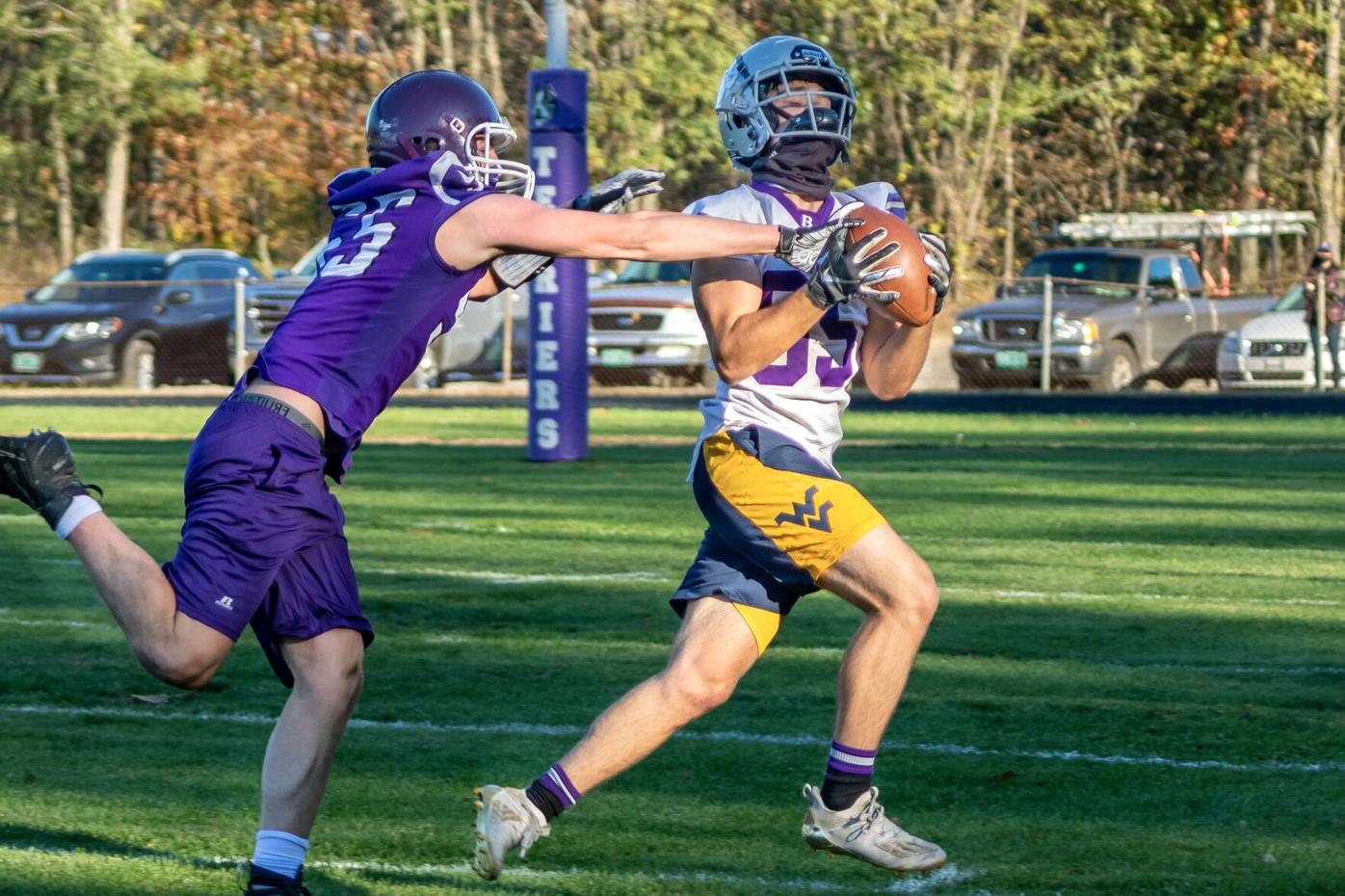 Above: Josh Curtis hauls in a pass for the Colonels. Left: Bellows Falls’ Dom Kendall catches a touchdown pass. 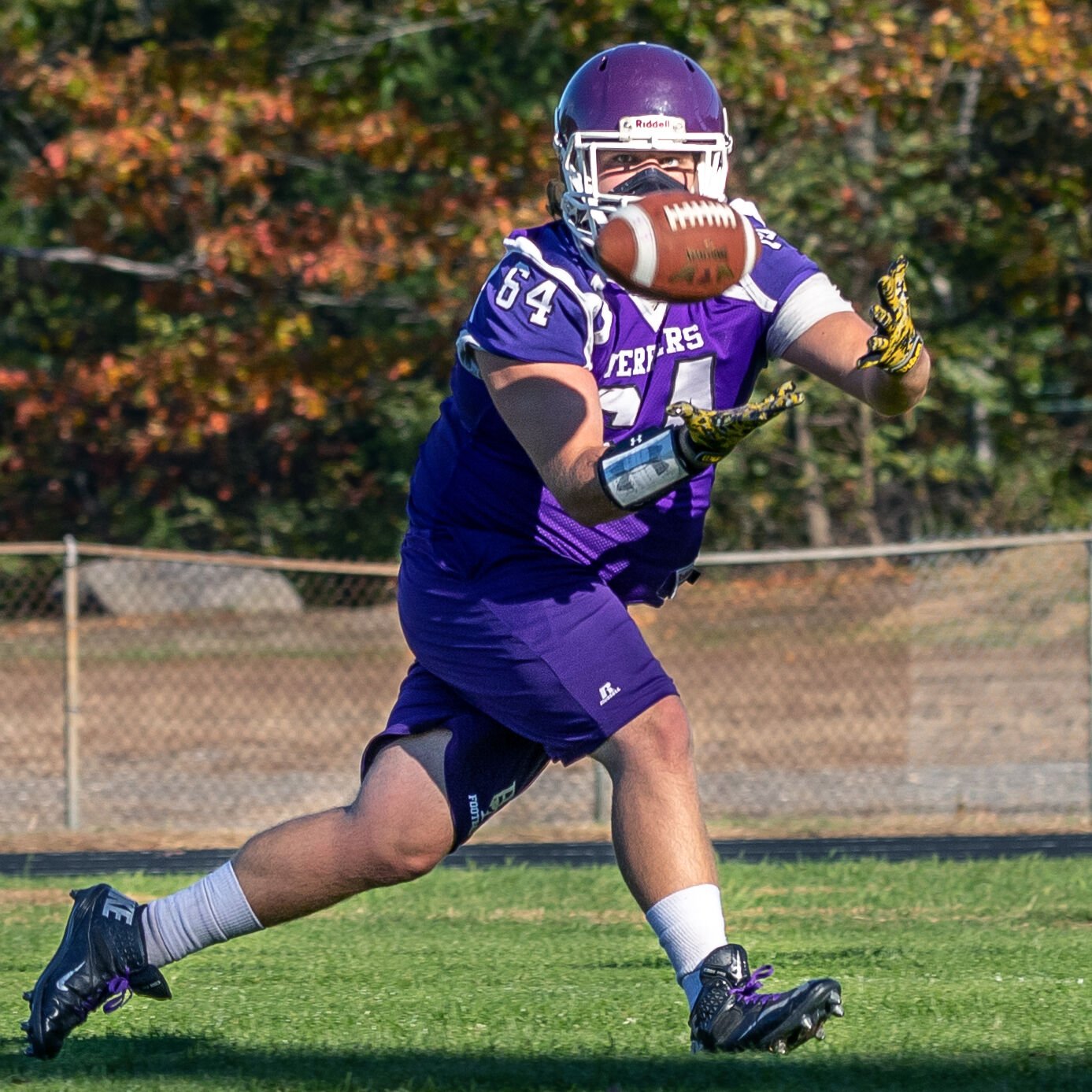 Above: Josh Curtis hauls in a pass for the Colonels. Left: Bellows Falls’ Dom Kendall catches a touchdown pass.

Petrie also had one of his team’s three TD receptions, while Alex Kendall and Josh Curtis also scored. BUHS quarterbacks Henry Thurber and Devin Speno threw for 215 and 114 yards respectively.

Degan Gundry had one interception for the winners. Curtis led the Colonels with a couple of pass breakups.