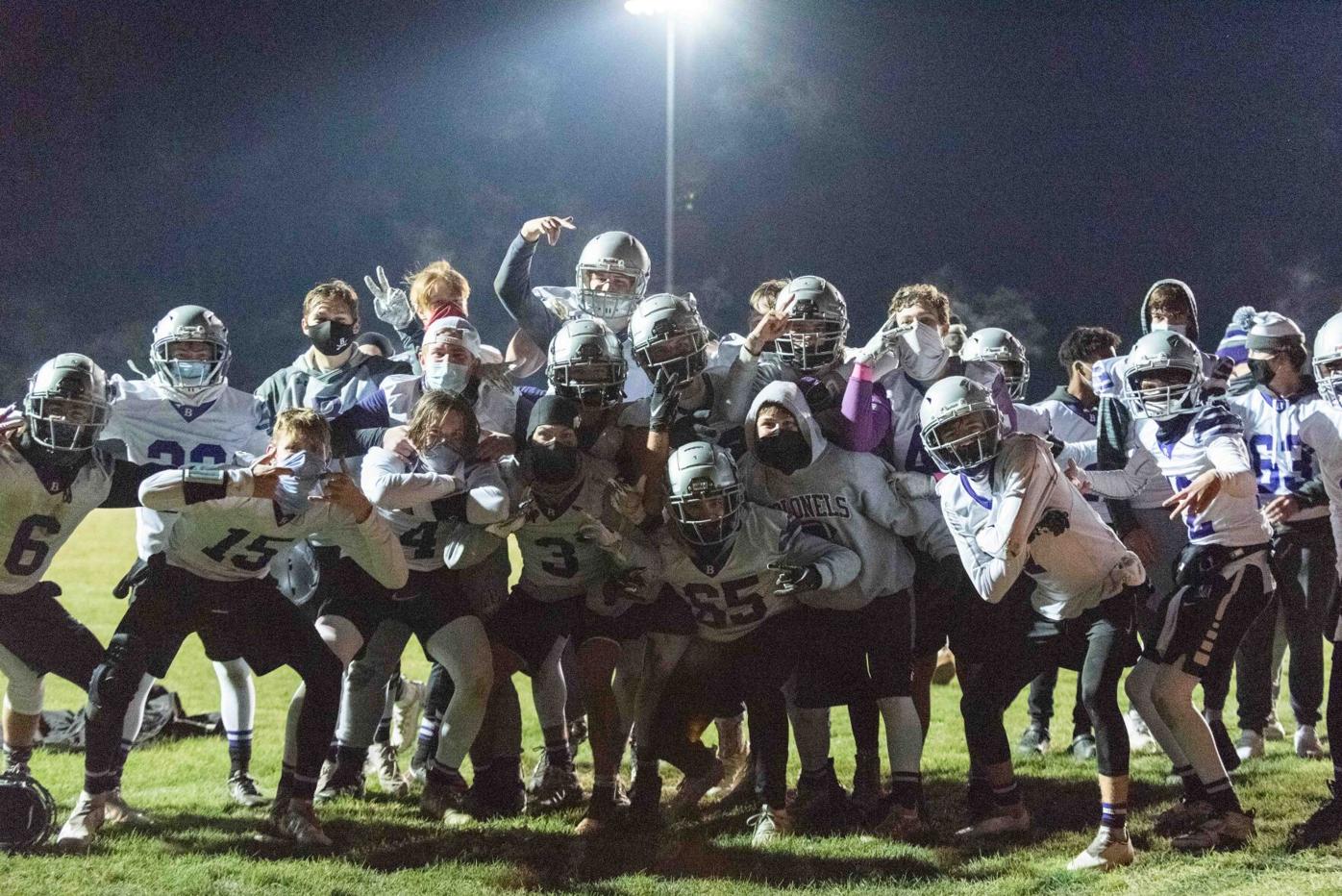 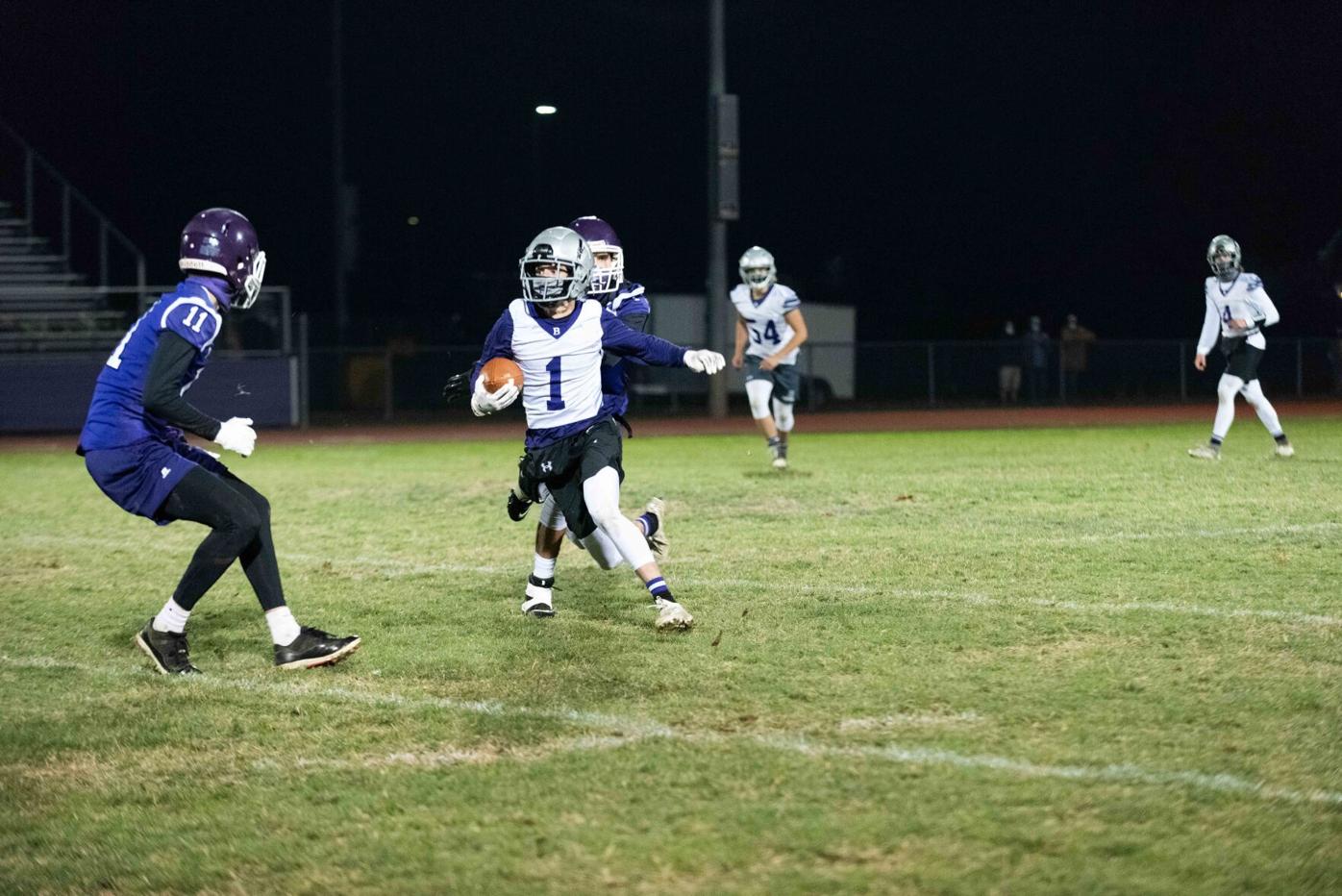 Brattleboro’s Aaron Petrie runs with the football after catching a Henry Thurber pass.

Brattleboro’s Aaron Petrie runs with the football after catching a Henry Thurber pass.

BRATTLEBORO — The Bellows Falls touch football coaches called a timeout with 1.5 seconds left in an attempt to freeze Brattleboro’s kicker.

Reed Sargent drilled a 25-yard field goal on a chilly Friday evening to give the top-seeded Colonels a thrilling 34-31 win over No. 4 Bellows Falls in a Hartford Region semifinal on Natowich Field.

Henry Thurber had a pick six on defense and threw two touchdown passes to propel the Colonels to a 24-21 halftime lead.

The Terriers then went ahead 31-24 in the third quarter, thanks to Jon Terry’s nine-yard TD strike to Walker James and Jeb Monier’s 23-yard field goal.

But Thurber connected with Aaron Petrie on a 20-yard touchdown pass, before Sargent kicked the extra point to tie it and later the game-winning field goal.

Bellows Falls receivers were unable to catch a couple of certain scores and the Brattleboro defense came up with a pair of turnovers. Trinley Warren, Josh Curtis, Cobe Mager and Trevor Morrison all broke up a pass for the winners.

Thurber completed 21 passes for 267 yards and three scores for the hosts. Warren was the team’s leading receiver, with eight catches for 92 yards and a couple of end zone appearances.

Sargent made a 21-yard field goal and four extra points prior to becoming the hero.

Terry had a nice game for the Terriers, connecting with Jack Herrington five times for 72 yards to go along with TD strikes to Walker James and Caden Haskell. Jeb Monier made four extra points, nailed a 23-yard field goal, and caught a couple of Grady Lockerby touchdown passes — with a 70-yard bomb being the highlight.

The 7-3 Colonels will host No. 3 Windsor in the championship game on Wednesday at 6 p.m. The Yellowjackets beat Hartford 48-36 in Friday’s other semifinal.