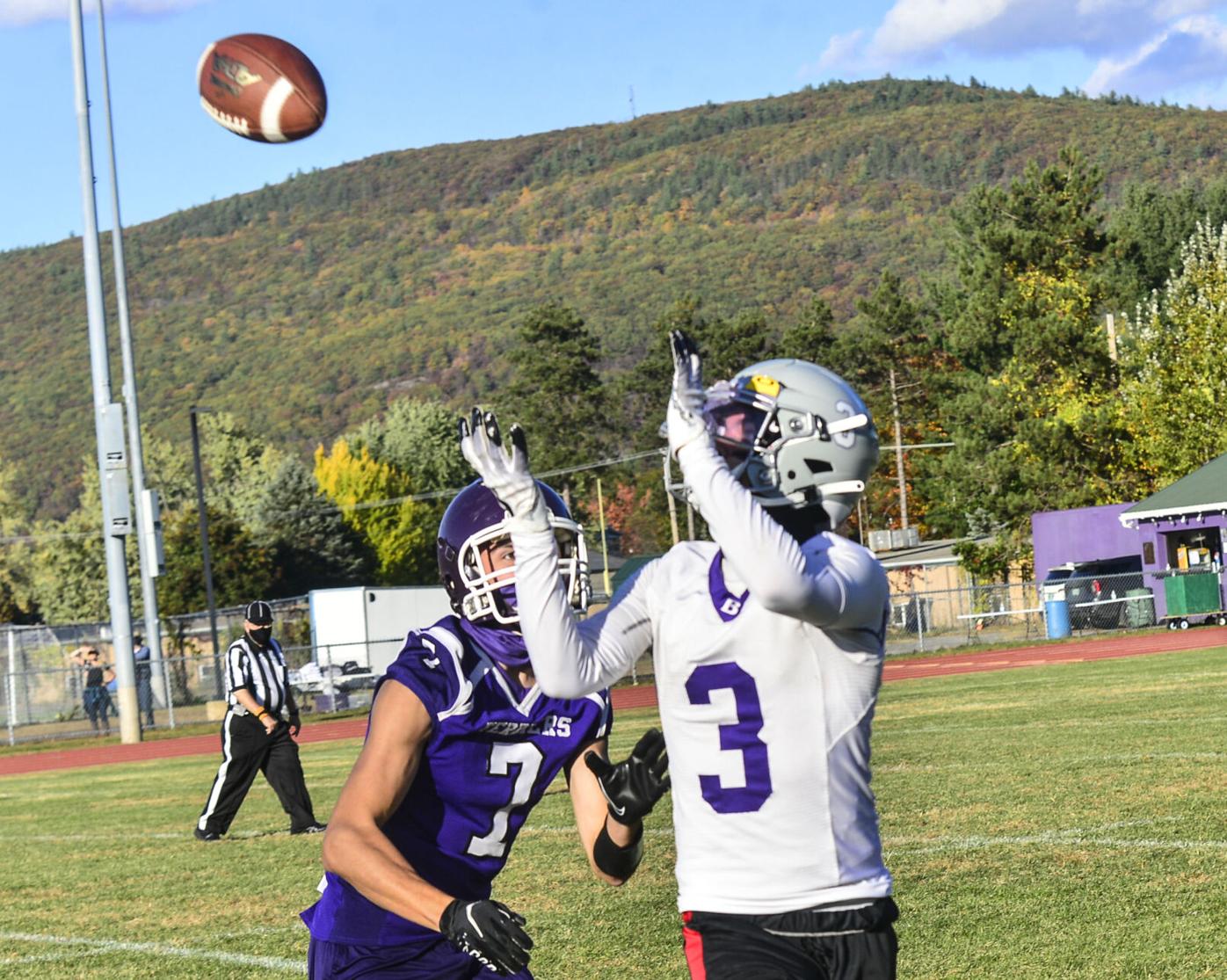 Brattleboro’s Trinley Warren (3) had four catches for 104 yards and two touchdowns during Wednesday’s 28-21 win over Bellows Falls on Natowich Field. 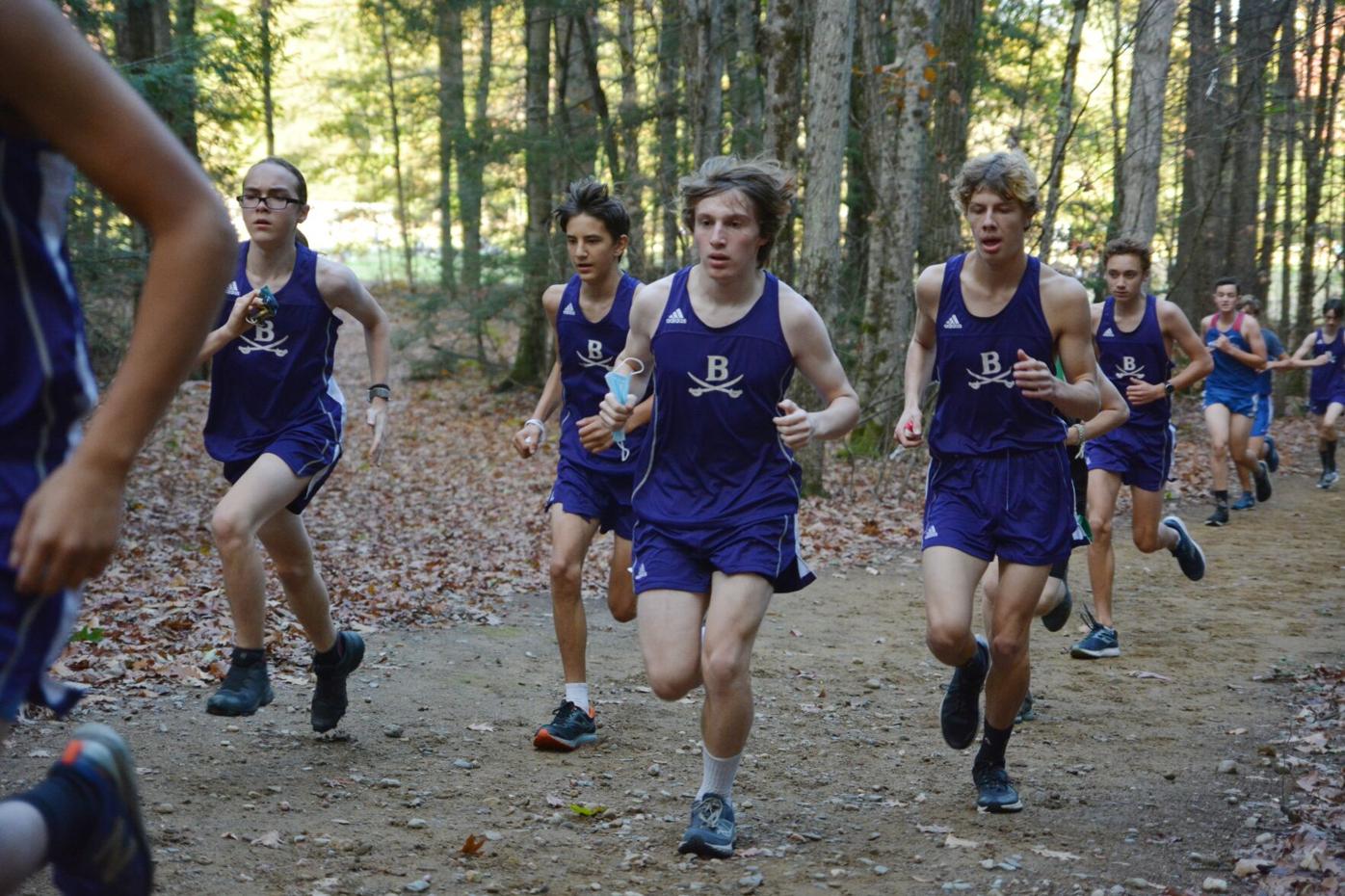 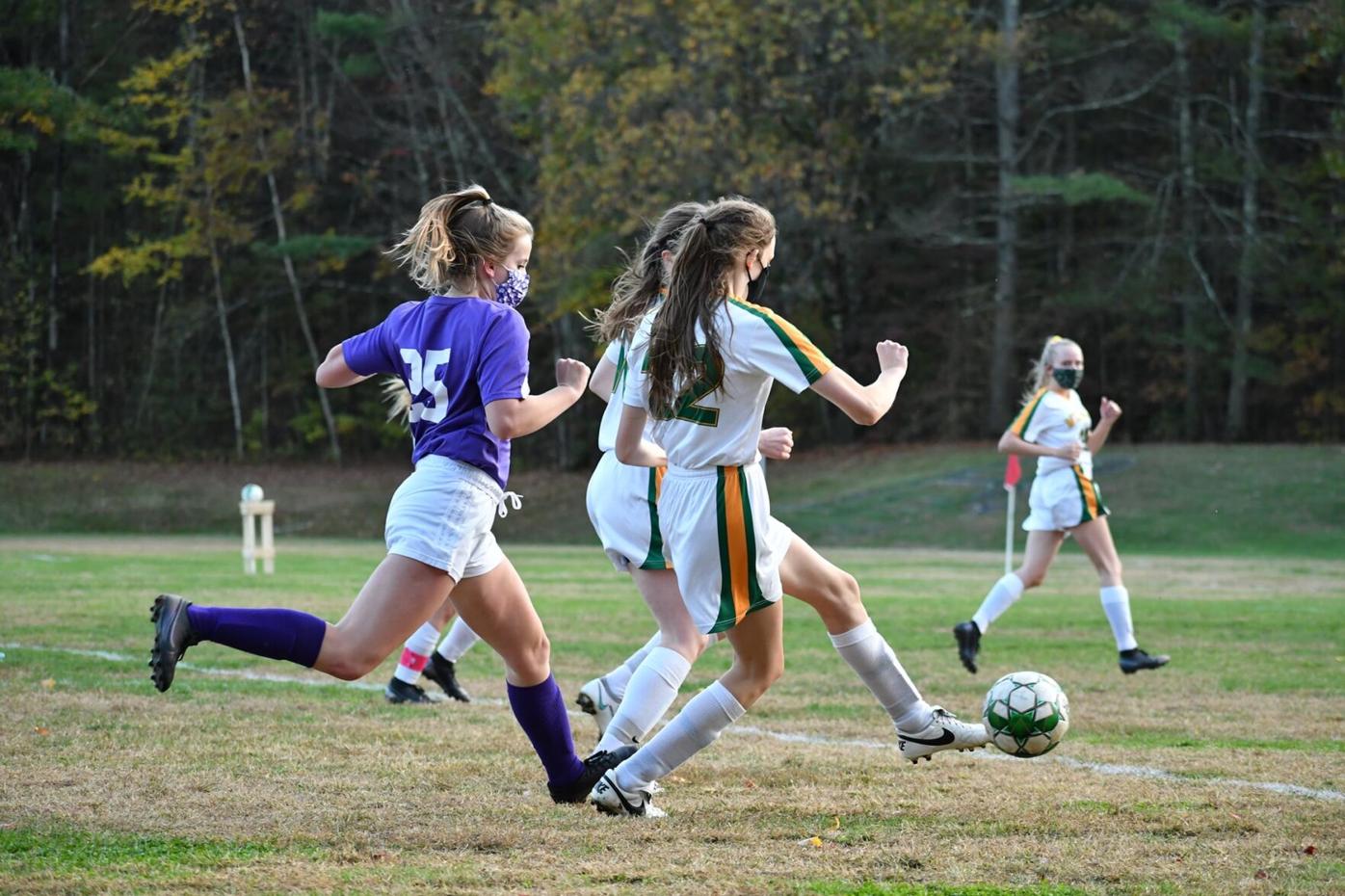 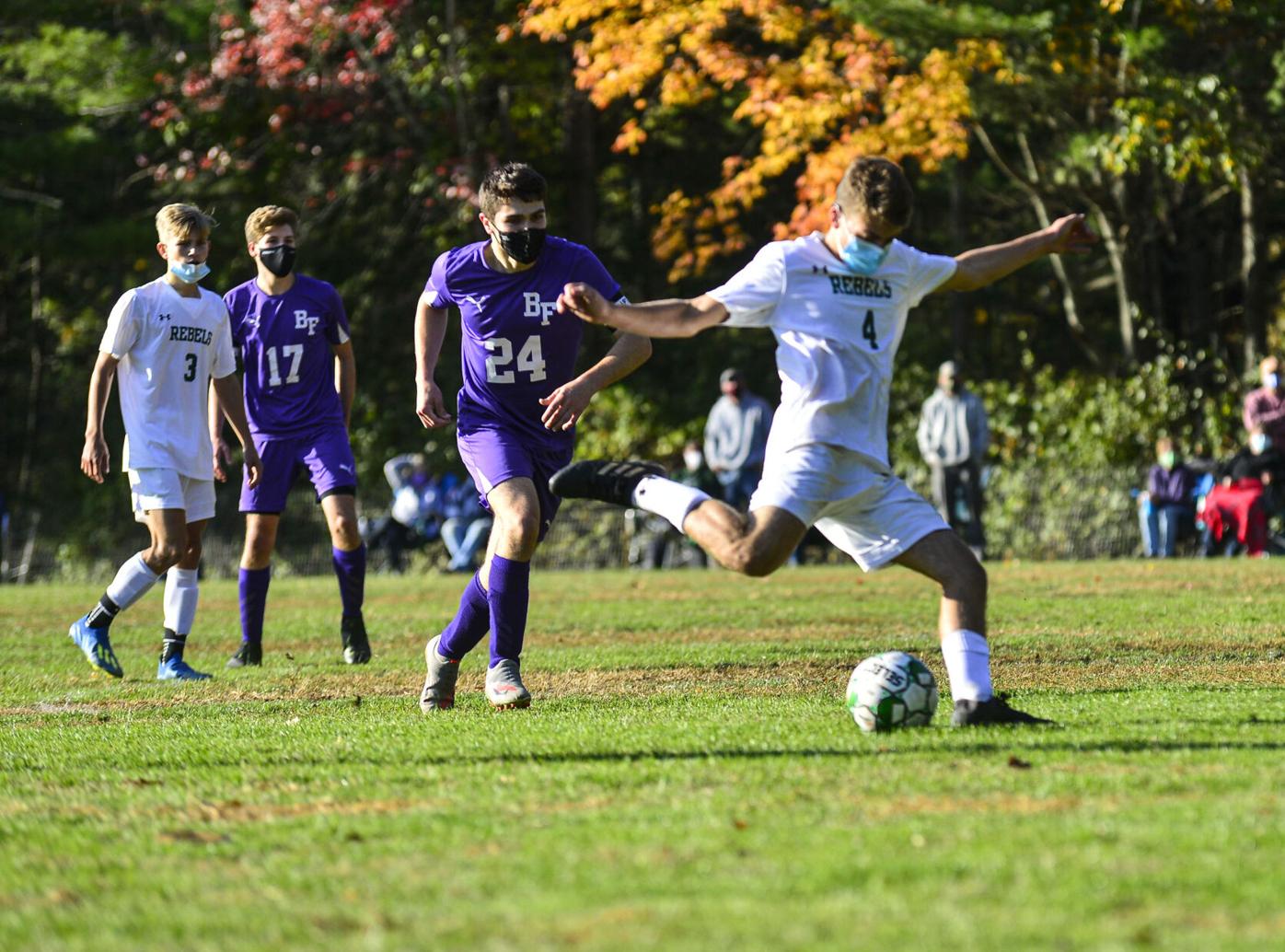 Trevor Plimpton scores a goal for Leland & Gray on Monday in Westminster.

Brattleboro’s Trinley Warren (3) had four catches for 104 yards and two touchdowns during Wednesday’s 28-21 win over Bellows Falls on Natowich Field.

Trevor Plimpton scores a goal for Leland & Gray on Monday in Westminster.

BRATTLEBORO — Ninety-eight passes thrown and 593 total yards through the air.

Brattleboro held on for a 28-21 victory over Bellows Falls in Wednesday’s 7-on-7 touch football game, which was a rematch of the 2019 Division 2 state championship game.

Brattleboro’s Trinley Warren was the offensive star with 104 receiving yards and two scores. Henry Thurber, Alex Kendall and Cobe Mager all intercepted a pass for the Colonels (5-1).

A second meeting between the schools is scheduled for today at 3 p.m. in Westminster.

The sports week began on Columbus Day, when fans who attended a varsity boys soccer match at Bellows Falls Union High School discovered that Hunter Fillion is pretty good. Leland & Gray’s junior keeper made five saves to earn a shutout as the Rebels zipped the Terriers 3-0.

The rain canceled most of Tuesday’s action, however the varsity field hockey game in Rutland was played. Maya Waryas had a hat trick during BF’s 5-2 victory over the host Raiders.

“The field was in pretty good shape considering it had rained most of the day,” said Bellows Falls coach Bethany Coursen.

While it was passing only at Natowich Field on Wednesday in Brattleboro, Bellows Falls junior Abby Broadley was running wild on her home course. The reigning Brattleboro Reformer Athlete of the Week won that race in a time of 19:06, giving her a perfect four victories in four cross-country races this season.

Meanwhile, the Bellows Falls varsity girls soccer team earned its first win of the year. Jenna Dolloph and Emma Graham each scored during a victory over White River Valley.

And Izaak Park scored three goals when the Twin Valley boys improved to 5-1 with an 8-0 rout of Springfield.

On Thursday, Coursen’s Kids outscored Keene 3-1 to improve to 8-0 and lock up the top seed in the Division 1 Tournament. Goalie Jaia Caron made at least 10 quality saves for the undefeated Terriers.

“It’s pretty amazing (to earn the No. 1 seed). I’m excited and ecstatic to be able to do as well as we’re doing,” said the Bellows Falls coach.

The rain returned on Friday, scratching the heavyweight battle in Townshend between the Wildcats (5-1) and Rebels (3-1-1).

Stories and action photos of area sporting events that took place from Oct. 10-16 can be viewed at Reformer.com.