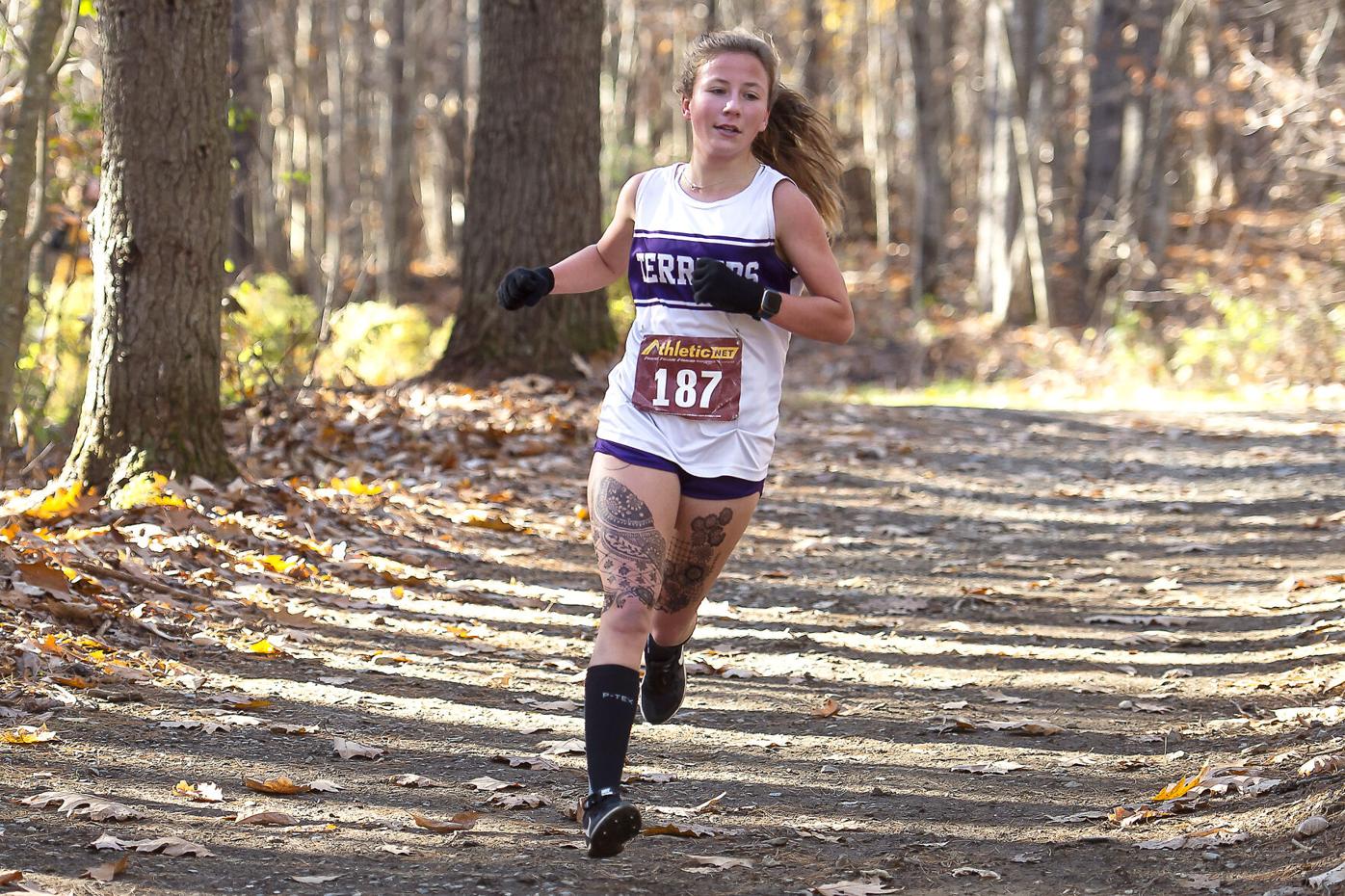 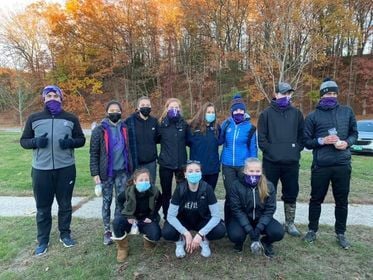 “Abby earns her shine with her work ethic,” said Bellows Falls coach Josh Ferenc. “She’s only like 5’1” but she can really push herself. She was tattoo cladded and she’s a little warrior.”

Ferenc said that Ager was phenomenal and that Bassette is incredibly fit.

“Birgess just kept running her race. I watched her run down girl after girl. She did everything that I asked her to,” the coach mentioned.

The Bellows Falls girls, which had won the last two D-3 team titles, defeated Thetford 27-33 to defend their state championship once again.

“Thetford is our rival, but they are a good rival. There’s no bad blood,” Ferenc explained. “Our girls just grind. They were incredibly relaxed before the race.”

The Bellows Falls girls will compete at the All-State meet in Saint Albans on Saturday, with a goal of finishing in the top six.

Brattleboro did not participate in the Division 1 races.

“Some participants had conflicts, so the team chose not to compete this year,” said Brattleboro Union High School Athletic Director Chris Sawyer.

Leland & Gray lost to Peoples Academy 5-0 in a Division 3 playoff game on Friday afternoon in Morrisville.