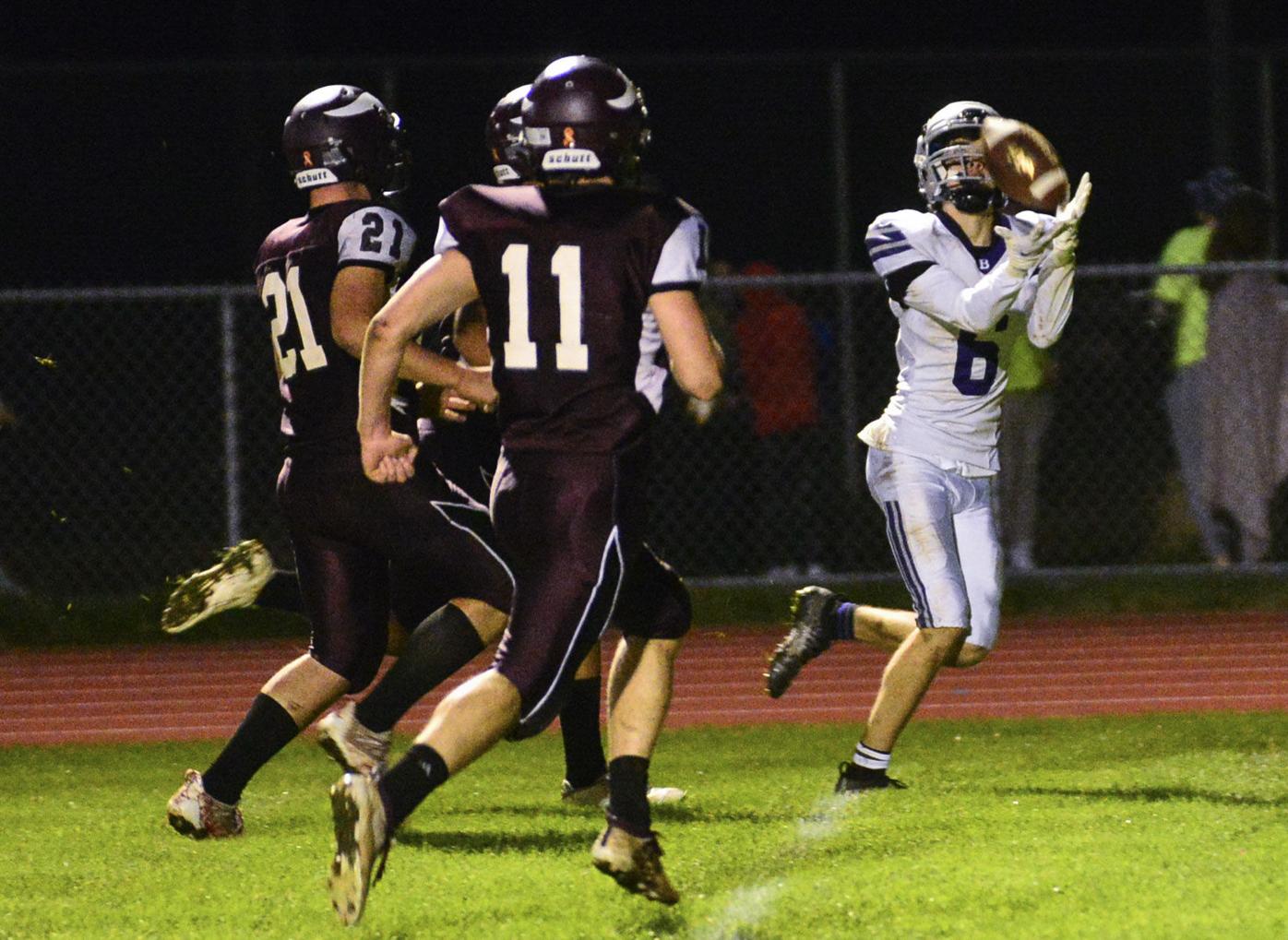 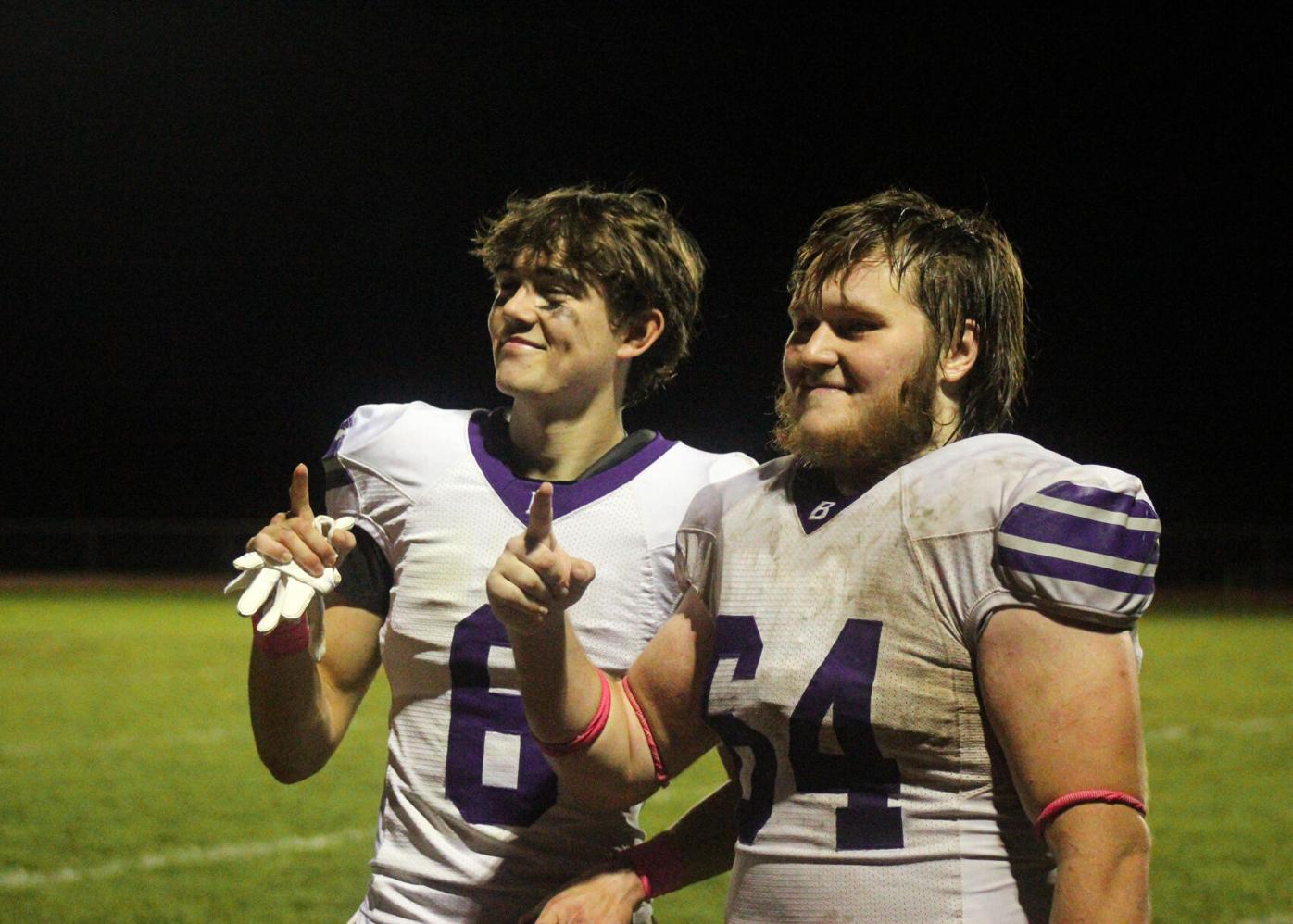 Brattleboro junior Tristan Evans, left, will play in a high school football all star game on Saturday in Orlando, Fla.

Brattleboro junior Tristan Evans, left, will play in a high school football all star game on Saturday in Orlando, Fla.

BRATTLEBORO — Tristan Evans is about to go deep.

“I like to run a variety of routes. I think my favorite would be long routes like verticals and posts because it’s an opportunity to go get it and score,” said the BUHS junior.

He will be huddling up with quarterback Blayne Romano, who threw for 2,284 yards and 25 touchdowns last season for Eustis High School in Florida. Also on the American Team are signal callers Vernon Brown III (Maryland) and Tyler Douglas (New Jersey).

“I think I will bring a lot to the team. A big part with being a good teammate is giving motivation and hyping up my team,” the wideout explained. “But with playing, I think I can give a lot if I am given the opportunity, and hopefully can score and bring points to the scoreboard as well.”

Evans caught 31 passes for 587 yards and eight scores in the fall. He had nine grabs for 154 yards and a TD during Brattleboro’s playoff game against Lyndon, including a crucial third-down reception.

“T has big play ability and probably the surest hands I have ever seen,” stated BUHS varsity football coach Chad Pacheco. “He is a technician and works very hard at his game. It’s more than just running a route for him, he works to find ways to get open.”

On Saturday, Evans will be on the outside along with the likes of Sebastian Lopez. As a sophomore, the high school receiver from Florida caught 15 TD strikes and had more than 700 yards through the air.

“I am looking forward to many things. Playing in the Camping World Stadium is one of the biggest parts. Being in such a nice stadium will be a dream come true,” said the BUHS junior. “Being in Florida and meeting new teammates will also be great and a good experience, but most of all would be getting to prove myself and playing against top competition from around the country.”

Evans recently helped his team to a 4-4 record during the regular season. The Colonels would then lose to Lyndon in a home playoff game.

“He has a great connection with Devin (Speno), and those two look to have a big season together this coming fall,” Pacheco noted. “T is a leader on and off the field. He’s a hard-working, very dedicated student-athlete. We are very excited for T to get this opportunity and to represent Brattleboro football.”

After one of Pacheco’s assistants sent game tape of Evans to the person who runs the All America Classic, the talented pass catcher was invited to play in Saturday’s game at noon. The event, which honors those who have served the United States in the military, police, fire and more, gives high school players a chance to perform in front of college scouts.

You can watch the game on pay-per-view at https://varsitysportsnetwork.org/.