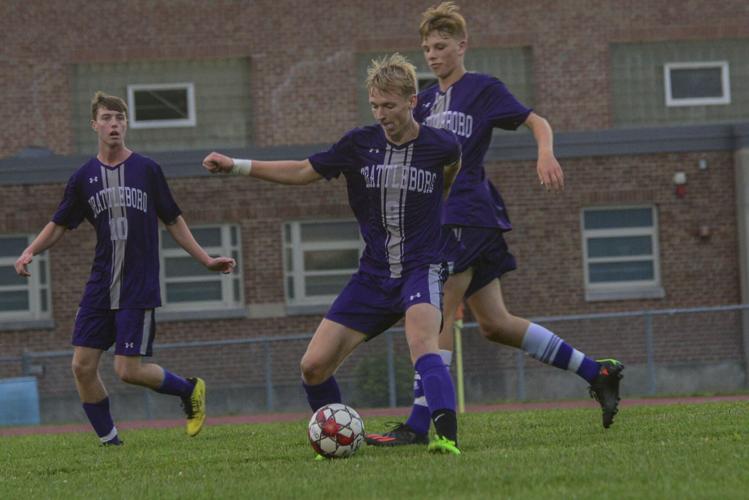 BRATTLEBORO — There’s really only one way to describe the play of the Brattleboro varsity boys soccer team’s junior captain.

Ozzie VanHendrick has scored 10 goals in just six games for the Colonels, including four in the opening round of the John James Tournament.

“He is a big game player,” said BUHS head coach Ben Brewer, noting that the midfielder is one of the first to arrive at practices and one of the last to leave.

VanHendrick recently received 123 votes to run away with Sam’s Outdoor Outfitters and Brattleboro Reformer Athlete of the Week honors.

“He has respect from his entire team and coaching staff, and he provides great knowledge of the game,” added Brewer.

This week’s nominees are shown below. In order to vote, simply select your choice on the reformer.com poll by Oct. 3 at 1 p.m.

Cody Magnant tallied twice as the Twin Valley varsity boys soccer team outscored Stratton 2-1 in the opening round of the John Werner Tournament.

Ava Whitney prevailed in a time of 21:25 to power the Brattleboro varsity girls cross-country team to victory in a meet at Hartford.

Trevor Stillwagon found the back of the net a couple of times when the Leland & Gray varsity boys soccer team downed Bellows Falls 4-2.