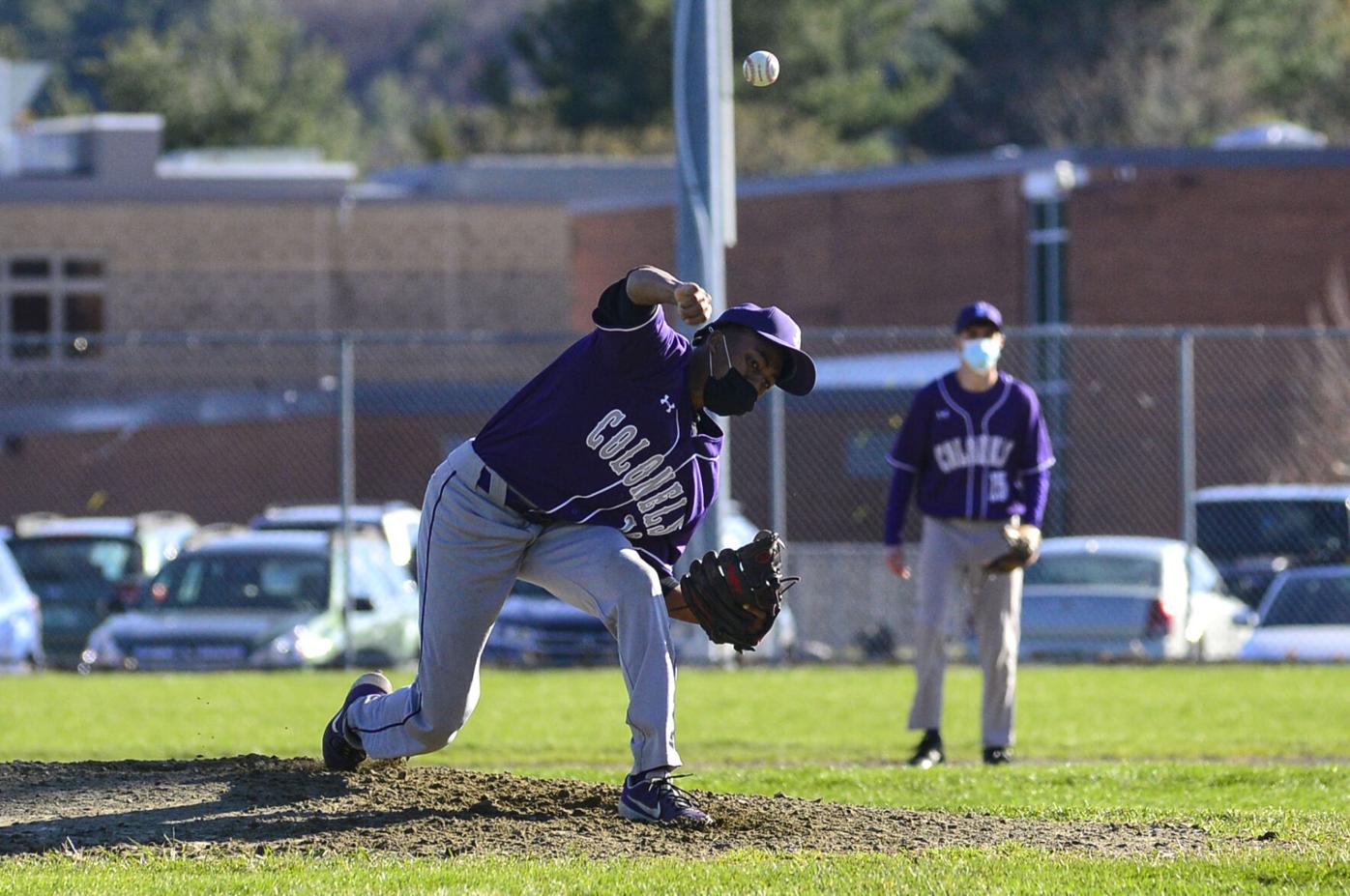 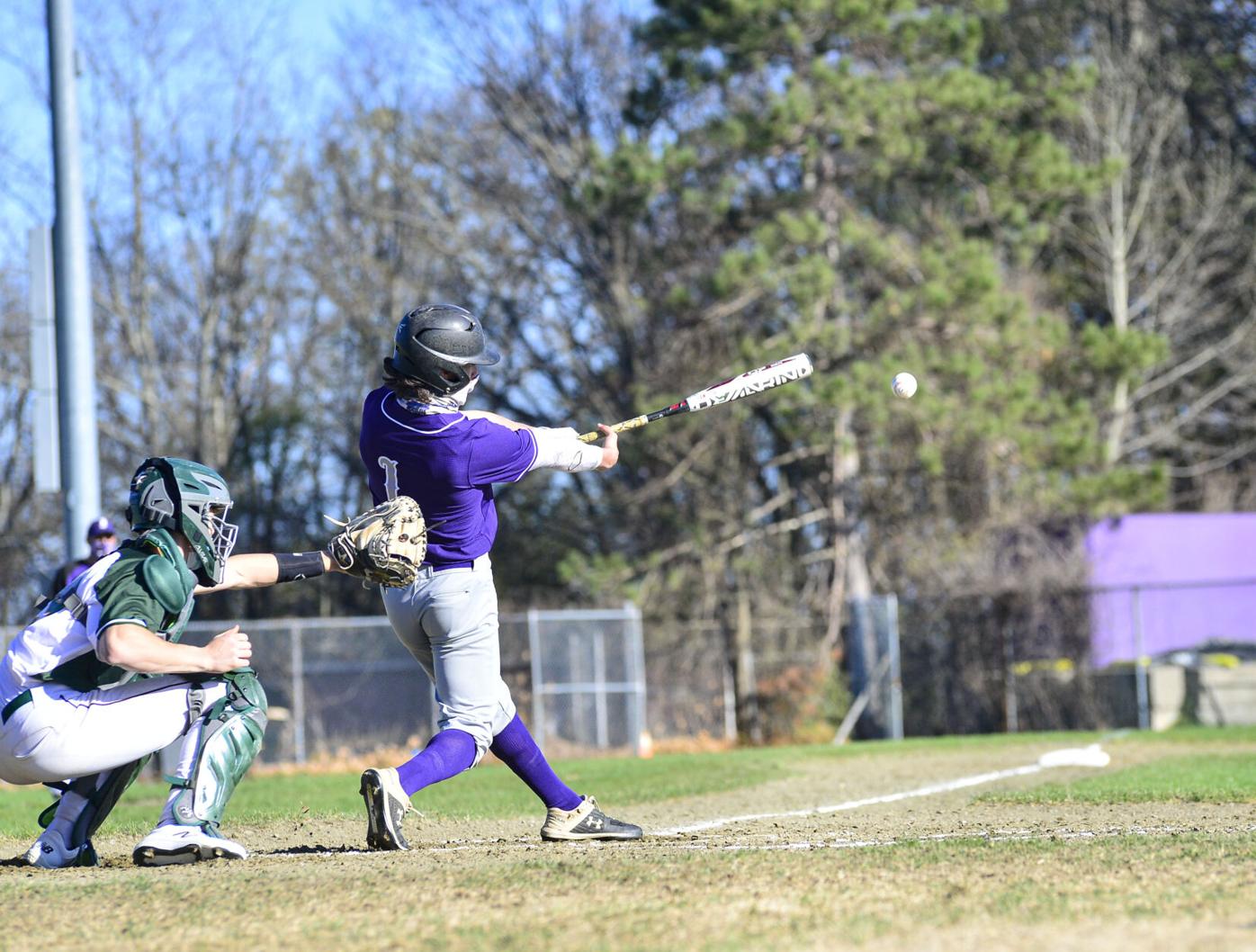 Above: Brattleboro’s Aaron Petrie (1) went 1-for-3 out of the leadoff spot on Monday at Tenney Field. Above left: Brattleboro’s Zinabu McNeice picked up a complete-game victory in Monday’s season opener. 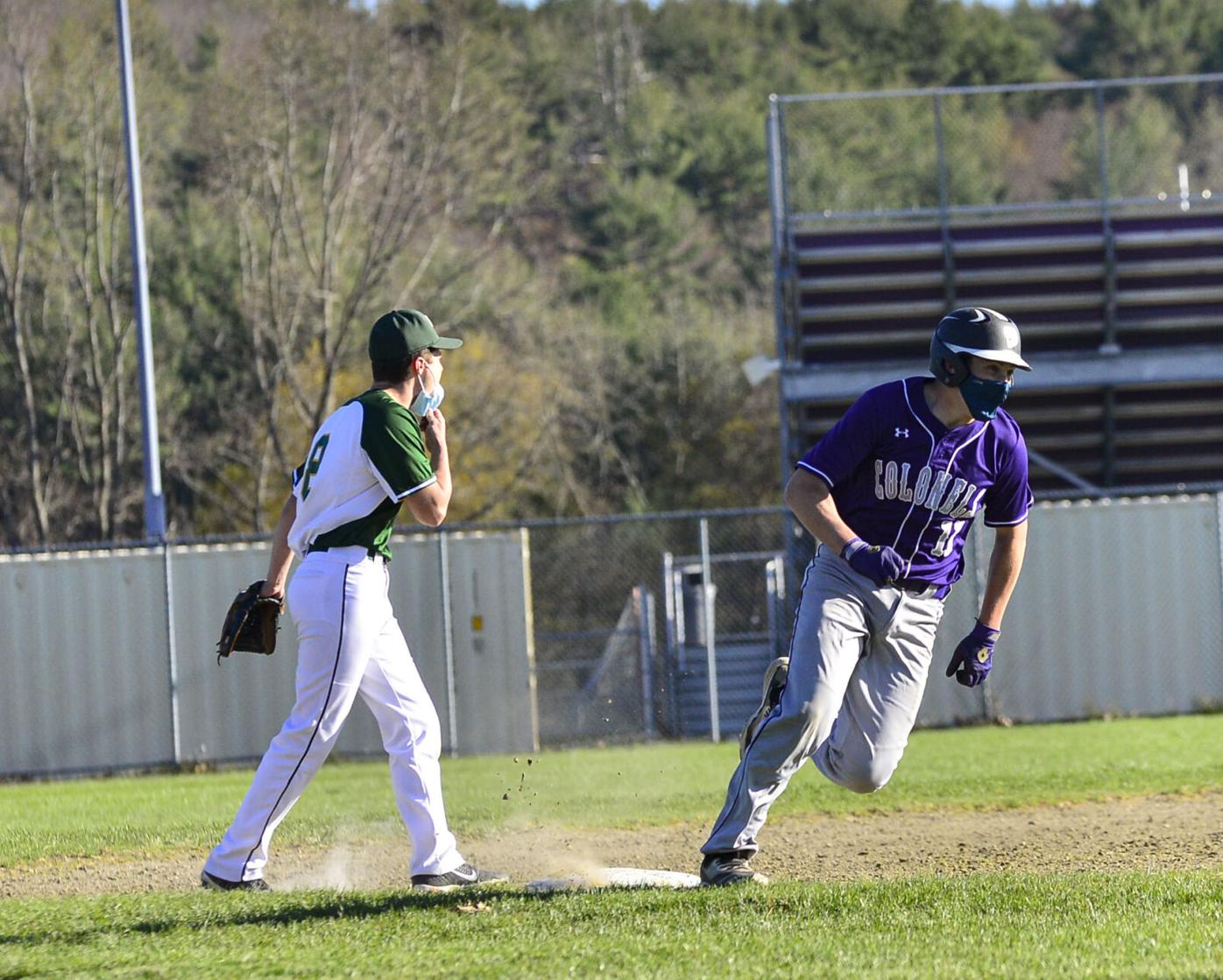 Brattleboro’s Turner Clews (11) drew a walk to start the bottom of the second inning, swiped a base, and then scored on Greg Fitzgerald’s double.

Above: Brattleboro’s Aaron Petrie (1) went 1-for-3 out of the leadoff spot on Monday at Tenney Field. Above left: Brattleboro’s Zinabu McNeice picked up a complete-game victory in Monday’s season opener.

Brattleboro’s Turner Clews (11) drew a walk to start the bottom of the second inning, swiped a base, and then scored on Greg Fitzgerald’s double.

BRATTLEBORO — When walking along Tenney Field’s first base line on Monday evening, the site director gave one fan a poor grade for socially distancing but not wearing a mask.

It would have been difficult to give Zinabu McNeice anything other than an A.

The junior pitcher, who helped the Brattleboro 12-year-olds to a Little League state championship five years ago, went the distance and struck out eight batters as the Colonels crushed Green Mountain 8-1 in their varsity baseball opener.

“I thought he did a great job. He was consistently getting ahead of hitters,” said winning coach Chris Groeger of McNeice. “I thought he had some extra velocity. I noticed that when he was warming up before the game.”

After the visitors stole a 1-0 lead right out of the gate, the starter threw six consecutive shutout innings. A double play in the third frame was the defensive highlight, with Aaron Petrie catching a fly ball in center and then throwing a dart to first baseman Alex Kurucz just before Green Mountain’s Jack Boyle could get back to the bag.

“Here we go Z!” Chris Haskins often shouted from foul territory in order to pump up the Brattleboro hurler.

The Colonels, who pounded out nine total hits, tied the game at 1-1 in the bottom of the first thanks to singles by Petrie, Jack Pattison and Kurucz. McNeice got a hit, Greg Fitzgerald belted an RBI double and Pattison delivered a two-run single to left as the hosts upped their advantage to 5-1 in the second.

“Pattison had a great day for us,” noted Groeger. “He had a couple hits and drove in some runs.”

Leading 5-1, the purple and white added an unearned run in the fourth. McNeice’s RBI single to right was Brattleboro’s highlight during a two-run fifth.

“We have some injuries right now,” stated the BUHS coach, adding that he had asked Charlie Clark three hours before game time if he could fill in at third base and that his starting shortstop (Brandon Weeks) is just a freshman.

Alex Carpenter, who had been on the shelf during the varsity basketball season, smashed the ball to deep right in the bottom of the sixth and then barely made it safely to second base. A fan then jokingly predicted that the power hitter would swipe third.

McNeice fanned eight, walked three and scattered six hits. He and Pattison each had a couple of hits, while Petrie, Kurucz, Fitzgerald and Carpenter added one apiece.