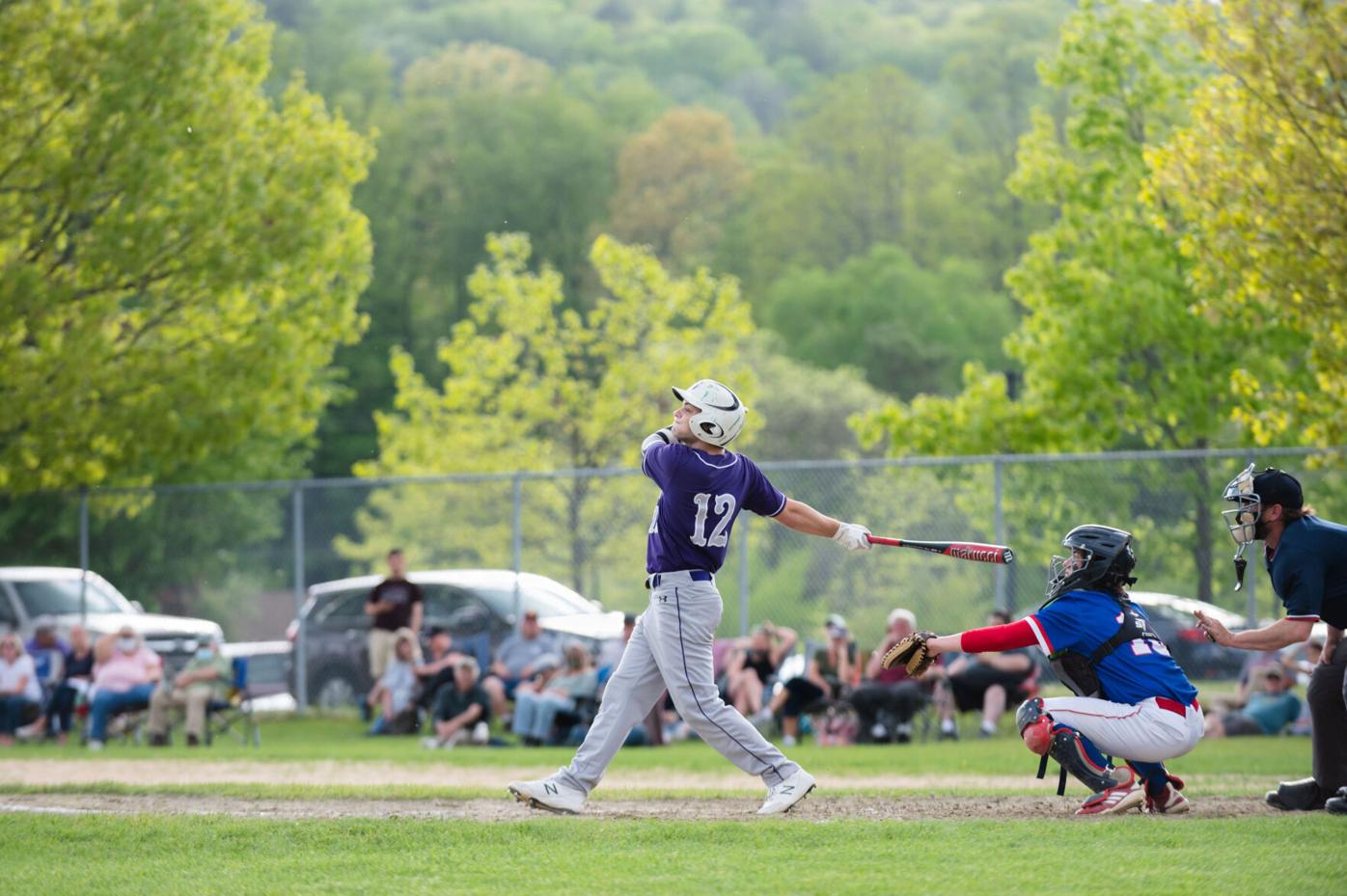 Caden Wood (12) delivered a two-run single to help the Colonels to a 5-4 win over Essex on Wednesday. 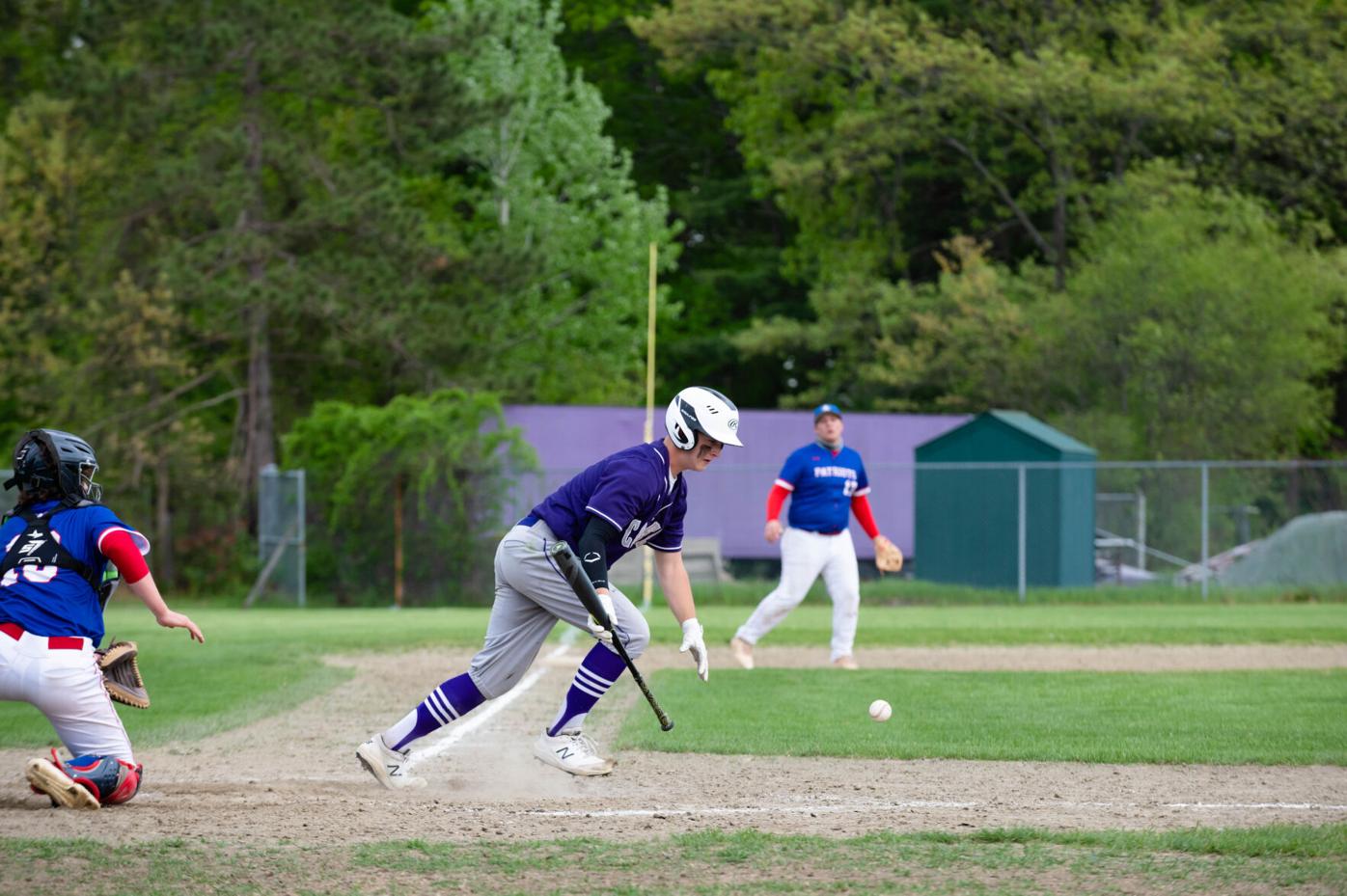 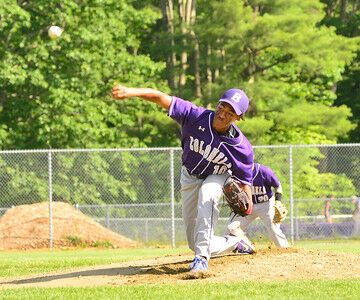 Caden Wood (12) delivered a two-run single to help the Colonels to a 5-4 win over Essex on Wednesday.

The Colonels (12-1) will face top-ranked Champlain Valley Union (15-3) in Sunday’s state championship game at Centennial Field in Burlington at 3 p.m.

Alex Bingham went five innings on the bump for the purple and white on Wednesday. Brandon Weeks picked up the save.

Brattleboro’s Jack Pattison finished with a team-high two hits and he also drove in a run. Caden Wood (2 RBI), Bingham (1 RBI) and Weeks chipped in with one hit each, with Wood’s two-run single being the highlight.

Stefan Digangi, Gabe White and Storm Dusablon all had a couple of hits for Essex, which scored a single run in the first, second, fourth and fifth.

After a 10-1 regular season, Brattleboro rallied to beat No. 6 Colchester 3-2 in a quarterfinal. A two-run single from Turner Clews and a game-winning double by Weeks were the highlights. Zinabu McNeice pitched five shutout innings.

The Colonels are now in position to win their first state title since 2004.

CVU reached the finals with victories over No. 8 South Burlington and No. 4 Rice.

Ryan Eaton, Asa Roberts, Tyler Wuthrich and Angelos Carroll all had two hits in the Redhawks’ 9-5 quarterfinal triumph, while Braedon Jones had three of CVU’s 12 hits in an 11-1 semifinal rout. Southpaw Oliver Pudvar picked up both wins.

The state championship game will be streamed on the NFHS Network — it is a paid subscription site, as the NFHS has the streaming rights to all of the Vermont Principals Association championship events. Here is the link: https://www.nfhsnetwork.com/events/vpa/gamef915b7416. Also, the game will be radio broadcast on 99.5 FM The Beast and online at 995thebeast.com.

Tickets can be purchased at the game or online. If purchasing online, just download to your phone and present at the game: https://gofan.co/app/school/VPA. Adults are $8 and students/seniors $5. Seating is general admission but FYI, the Colonels will be in the third base dugout.