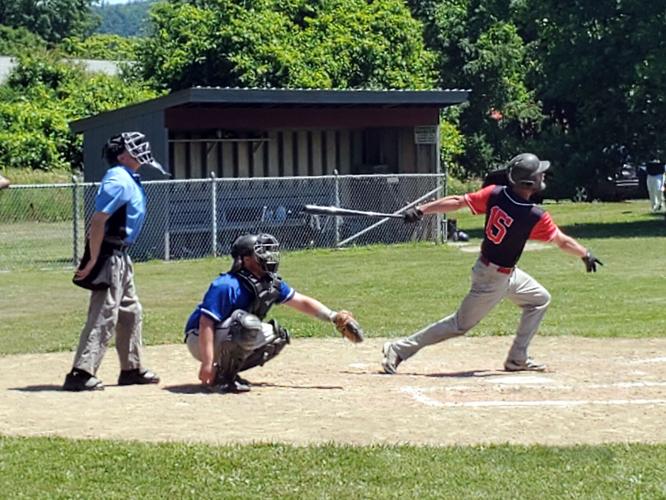 Putney's Ryan Lawley watches the path of one of his three hits against the Walpole Granite Sunday in Dummerston. 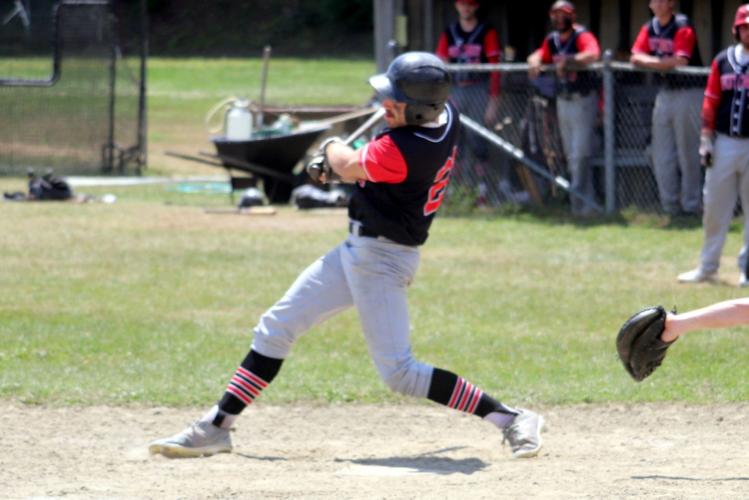 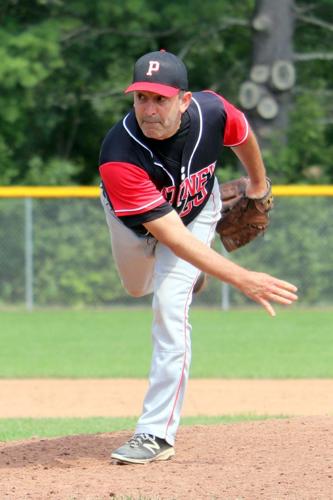 Putney's Ryan Lawley watches the path of one of his three hits against the Walpole Granite Sunday in Dummerston.

DUMMERSTON — When Putney Fossils pitcher Danny Lichtenfeld climbed the mound to face the Walpole Granite at Gouin Field this past Sunday, he felt like he had something to prove — to his teammates and even more so to himself.

Three weeks earlier, facing the very same opponent, Lichtenfeld turned in one of the worst outings of his 19-year Connecticut River Valley Baseball League career. He allowed 17 hits and nine earned runs, narrowly escaping with a 14-11 victory, thanks to the Fossils’ potent offense.

“I felt like I was throwing batting practice for Walpole that day. I was lucky my teammates picked me up,” he said.

On this day, however, the 51-year-old hurler regained his winning form. When the last out was recorded, he had racked up a complete-game victory, allowing one run on five hits, while striking out three, including the last two batters of the game.

“That was a relief,” said Lichtenfeld. “At my age, playing against these kids in their 20s and 30s, I can’t help but wonder when my stuff will no longer be effective. I’m glad it wasn’t today, and that I was able to give our team a chance to win.”

Given that chance, the Fossils took full advantage of it, plating 19 runs on 16 hits to rout the Granite 19-1.

Four other Fossils chipped in with multiple hits, including third baseman Steve Kapral, who went 3 for 4.

Robbie Stevens notched two of Walpole’s five hits and scored his team’s lone run on a single by Hunter Cannon.

With the lopsided victory, the Fossils (6-1) extended their lead in the CRVBL standings to two games over the second-place Connecticut River Iron Men (4-3). At 0-6, the Walpole Granite continue to seek their first win of the season, trailing third-place Mt. Monadnock (3-3) by three games.

CRVBL action resumes on July 10, following a break for the July 4 holiday. Games are scheduled on Sundays through Aug. 7, with playoffs to follow on Aug. 14 and 21. All games take place at Claude Gouin Field at the Dummerston School. Each Sunday, the morning game starts at 10, and the afternoon game starts around 1:15. For more information, including box scores, stats, and the complete 2022 season schedule, visit crvbl.com.