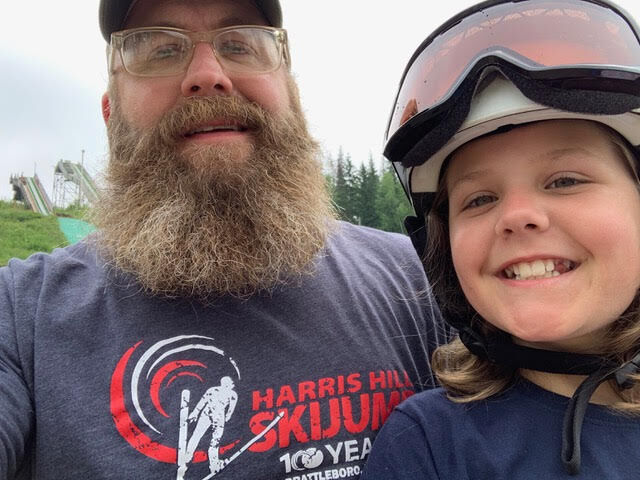 Ava Joyal, 10, of Guilford, recently attended a ski jumping camp in Alaska with her dad. 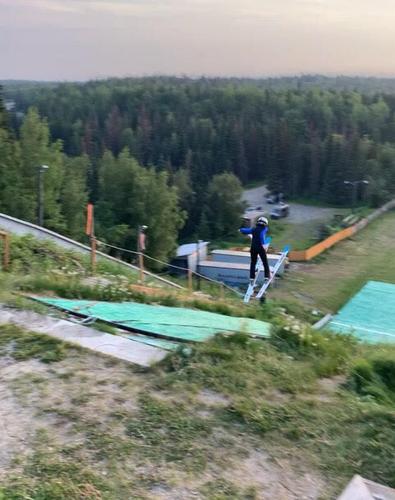 Joyal practices on a jump in Alaska.

Ava Joyal, 10, of Guilford, recently attended a ski jumping camp in Alaska with her dad.

Joyal practices on a jump in Alaska.

GUILFORD — Ava Joyal, who sold her Brattle Bears at the May 6 Gallery Walk in Brattleboro in order to raise money for her trip, recently returned home with her father from a ski jumping camp in Alaska.

“Ava and Corey both said this was the best week of their lives and they’re already planning to go back next year,” said Alix Joyal, wondering if her 10-year-old daughter will invite her to go along in 2023.

Extremely thankful for everyone’s financial help to get her there, Joyal attended the camp in Anchorage from June 20-25.

“Each day consisted of drills and exercises for agility, balance and endurance and also lots and lots of jumping. They played lots of frisbee, soccer and other games to keep the kids moving and energized,” noted Ava’s mom.

Instead of snow, the kids were jumping on wet plastic that mimicked grass. The Guilford girl started on the 20-meter jump and eventually practiced on the 40-meter ramp.

“It was a wild feeling to ski on fake grass,” Ava explained.

Mid week, the father-daughter duo went on a super long hike to Portage Pass and the glacial lake. That day ended with a team barbecue.

“There were ice chunks floating by,” Ava said after jumping in the freezing body of water with her dad.