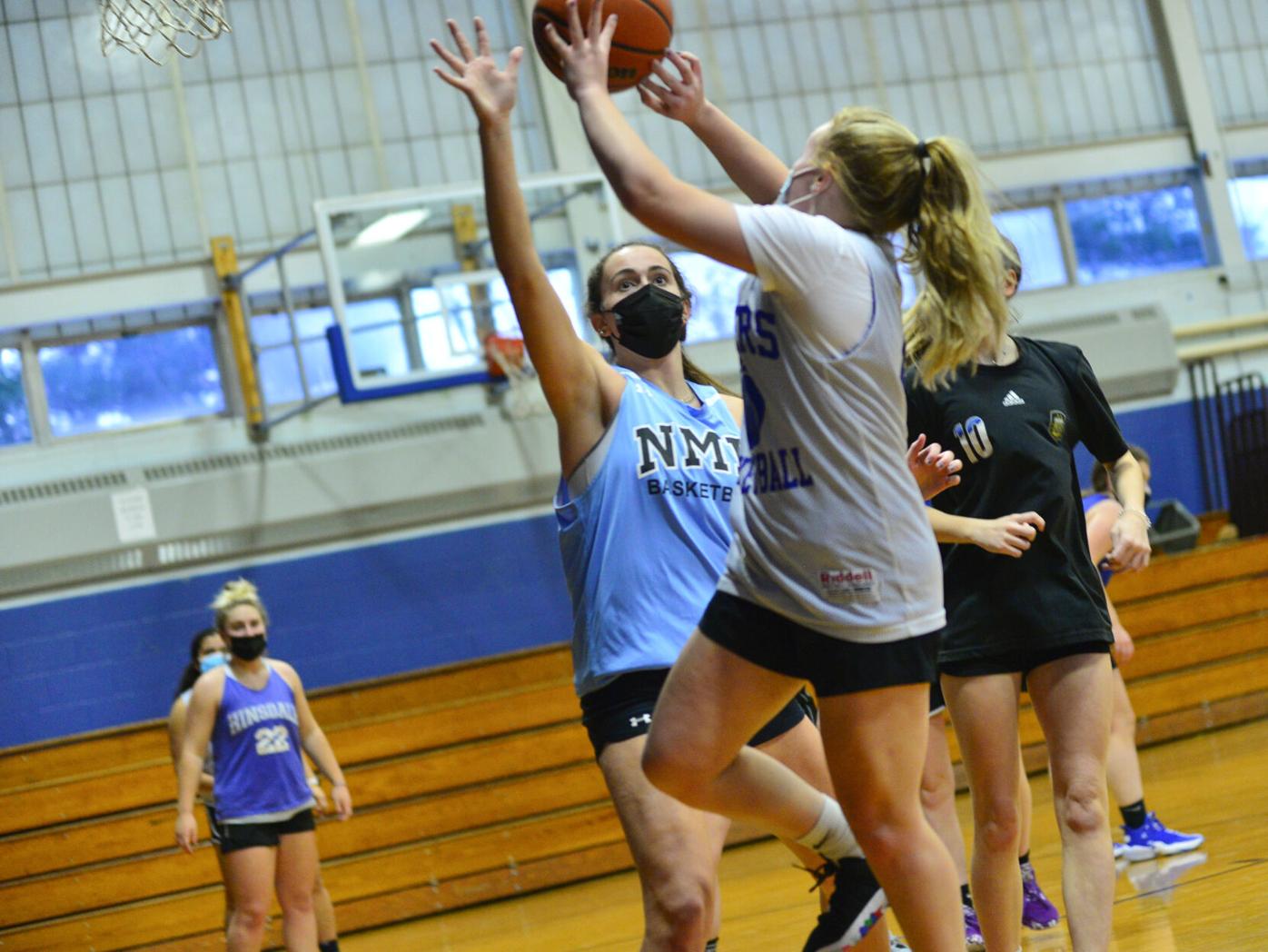 Angelina Nardolillo protects the rim for the Lady Pacers. 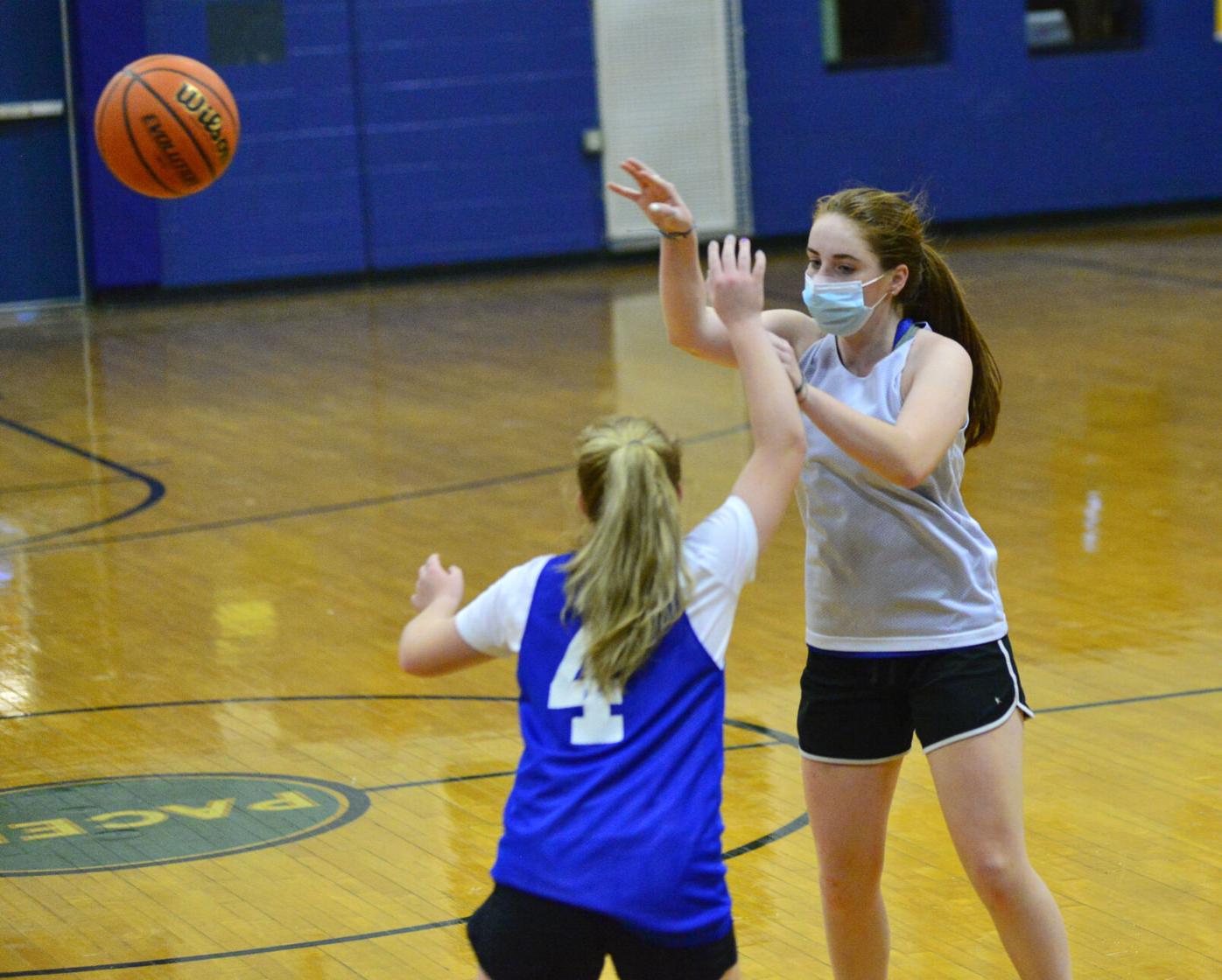 Megan Roberts passes during a Hinsdale varsity girls basketball practice at “the Stable.” 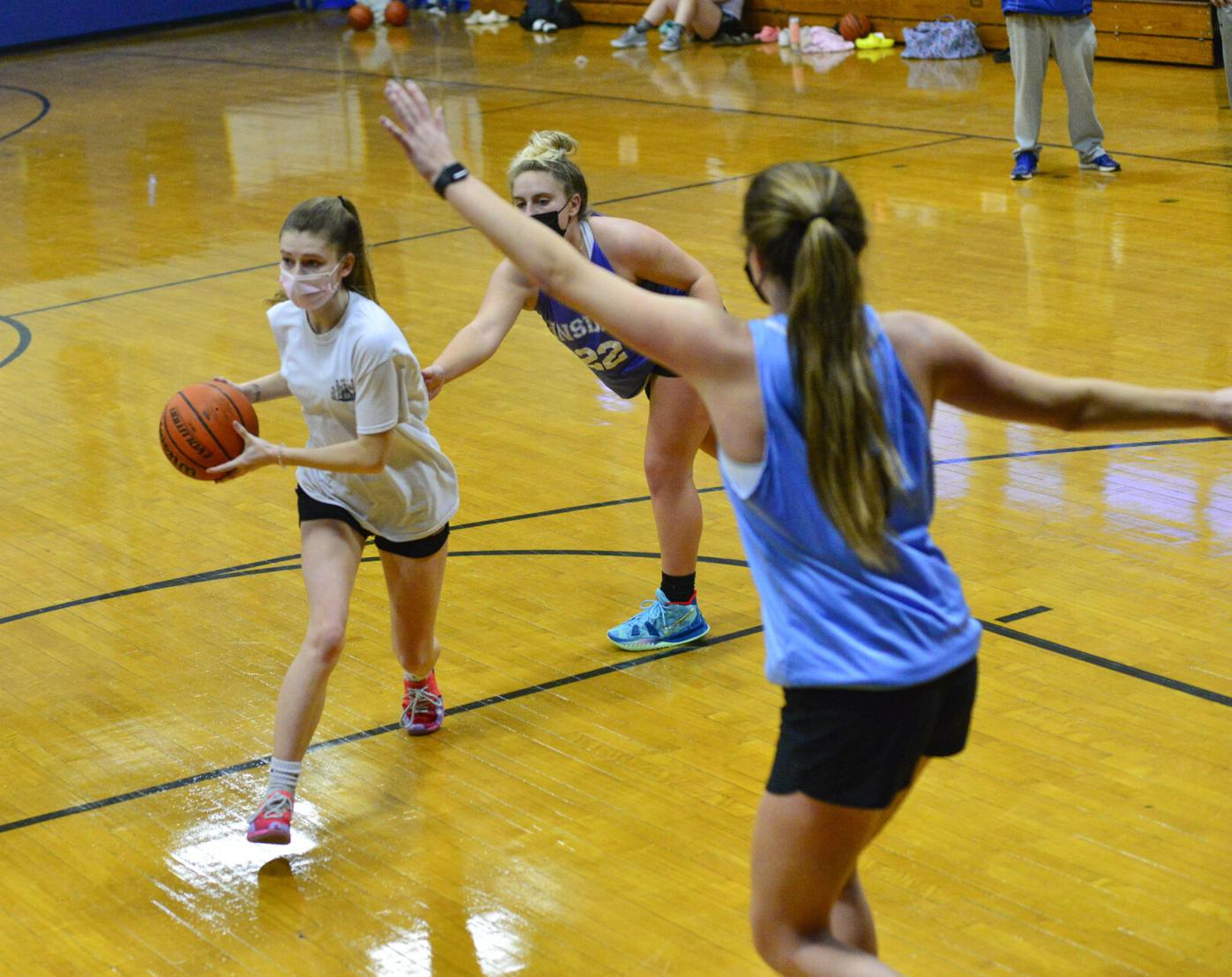 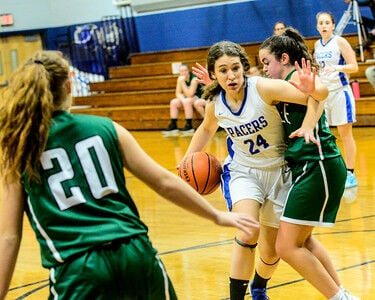 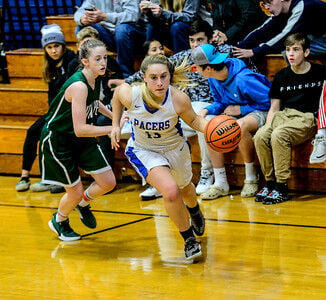 Angelina Nardolillo protects the rim for the Lady Pacers.

Megan Roberts passes during a Hinsdale varsity girls basketball practice at “the Stable.”

Angelina Nardolillo, who guided the Hinsdale varsity girls basketball team to consecutive Division 4 finals appearances and then spent one year at Northfield Mount Hermon, has returned to the Lady Pacers for her senior season.

“It was a very tough decision for Angelina to make,” said Nardolillo’s mother, Angela Deschaine.

She has rejoined a team that has all five starters from a Final Four run still on its roster.

“With all of the returning players to go along with our new additions, we have high hopes for this year,” stated Hinsdale coach Terry Bonnette, who expects the tournament to be different this season due to COVID-19 concerns. “Because of the circumstances, this year we are playing local teams that are all above our division. It should be a good test for us playing upper division teams such as Monadnock, Conant, Mascenic and Keene.”

The Lady Pacers will host Monadnock in their Jan. 12 season opener.

“With Angelina back as our rim protector, that will allow us to spread out more on defense and better cover the 3-point line,” noted Bonnette, adding that Kleay Steever is his team’s defensive stopper.

“Offensively, Delaney Wilcox will be our point guard again and should be very comfortable with another year of playing that position. She will have plenty of people to distribute the ball to with sharpshooters Megan Roberts, Olivia Pangelinan and Audrey Martin as well as our post and wing presence in Angelina Nardolillo.”

Wilcox scored a team-high 16 points per game last season for the 18-3 Lady Pacers. Roberts, who is deadly from beyond the arc, was next in line at 13 points per contest.

Nardolillo started every game for NMH, averaging 10 points and nine assists. She reached the 1,000-point milestone while at Hinsdale, pitching in with 17 points and 10 rebounds a night as a sophomore.