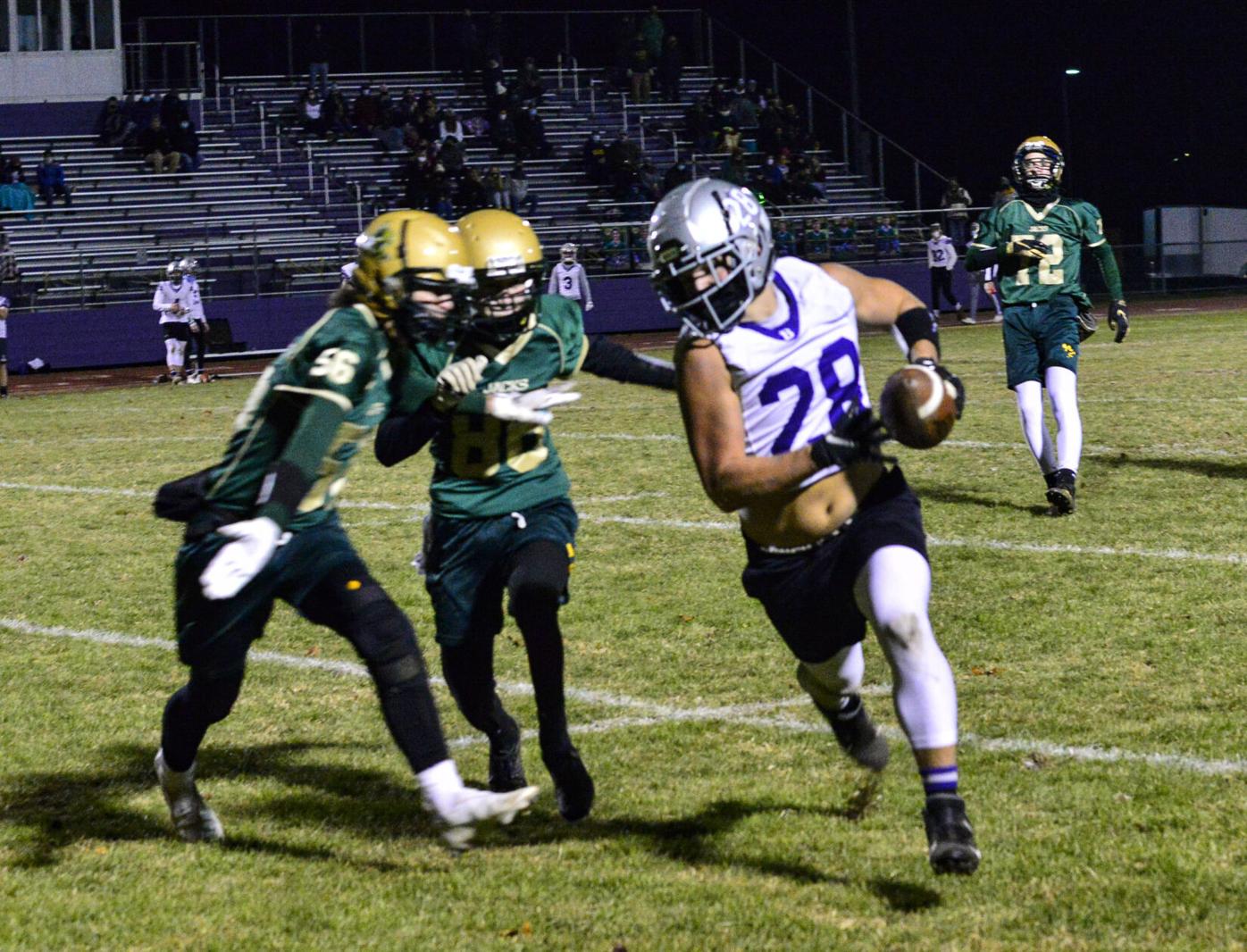 Brattleboro’s Spencer Lawrence runs with the ball after a catch during his team’s 42-21 loss to Windsor in the touch football regional championship game Wednesday night on Natowich Field. 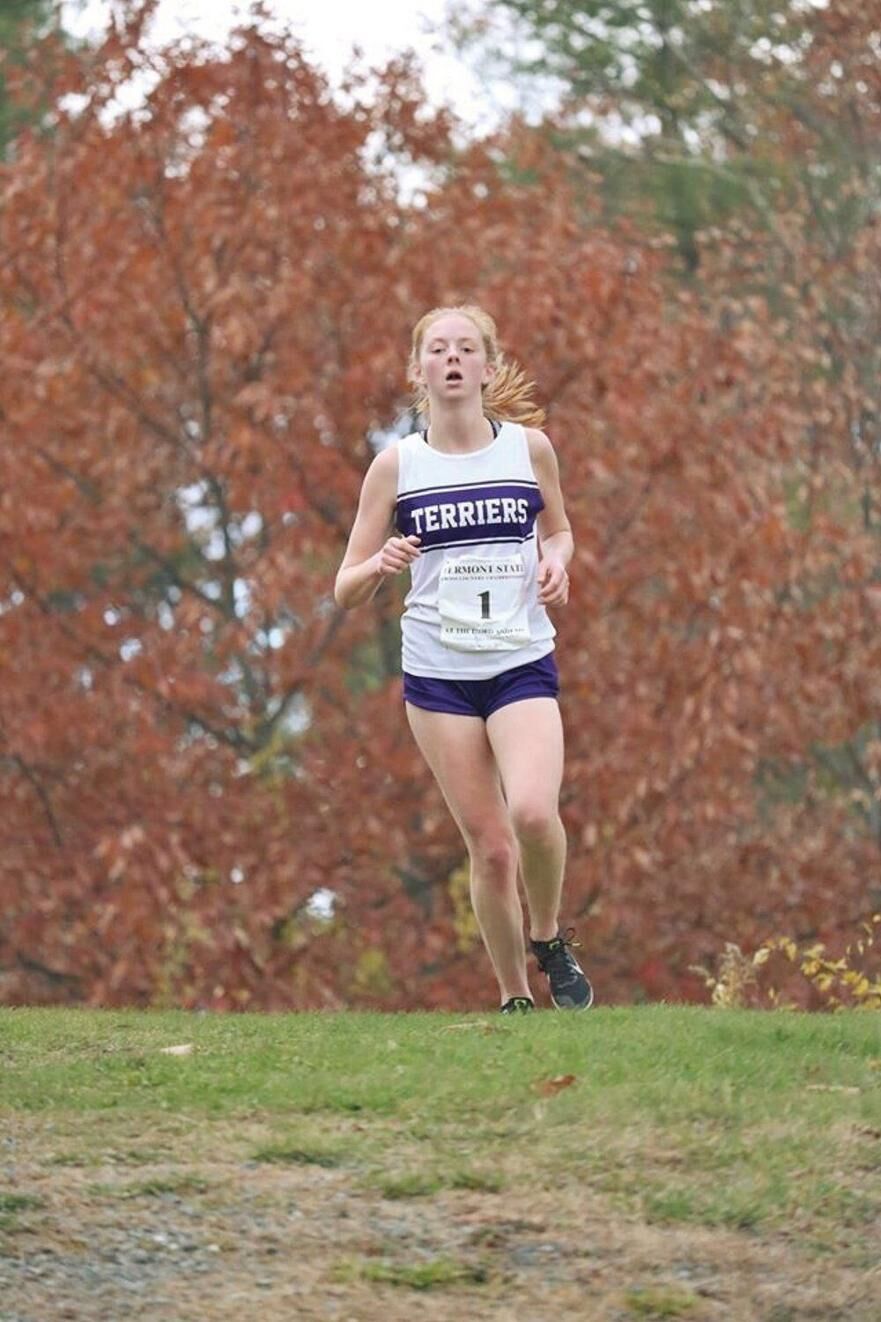 Stephanie Ager and the Bellows Falls girls cross-country team will compete in the All-State Meet in Saint Albans today.

Brattleboro’s Spencer Lawrence runs with the ball after a catch during his team’s 42-21 loss to Windsor in the touch football regional championship game Wednesday night on Natowich Field.

Stephanie Ager and the Bellows Falls girls cross-country team will compete in the All-State Meet in Saint Albans today.

BRATTLEBORO — Smashed pumpkins could be seen in driveways and toilet paper was still hanging from trees when the final week of Vermont’s fall sports season began on Monday.

There were social media debates about which candy is the best, with Reese’s Peanut Butter Cups seeming to have it in the bag. And there were tons of photos being posted of the Bellows Falls field hockey players, who spent their Halloween riding on a fire truck.

The jack-o’-lanterns were looking on from doorsteps in Westminster as the sport’s greatest program in Vermont celebrated its fifth state title in six years.

Hayford Field in Wilmington has been an eerie place for visiting teams during the postseason.

The Wildcats have won 22 straight playoff games on their home pitch since being upset by Black River in 2010.

The latest was Wednesday’s semifinal victory over White River Valley. Trailing 1-0, the defending champions got clutch goals from Colin McHale and Aidin Joyce in order to advance to today’s Division 4 final.

The senior continually used his speed to get open and caught a team-high seven passes for 89 yards. His highlight occurred midway through the opening quarter when he hauled in Devin Speno’s eight-yard touchdown pass.

Alex Kendall also gave the Windsor defense fits, burning them for receptions of 20 and 29 yards in his final high school football game.

“The Galloping Ghosts” will be chasing after favored Champlain Valley Union when competing in the All-State Meet today in Saint Albans.

To view stories and photos from area sporting events that took place from Oct. 31 to Nov. 6, go to Reformer.com.

Shane Covey can be reached at