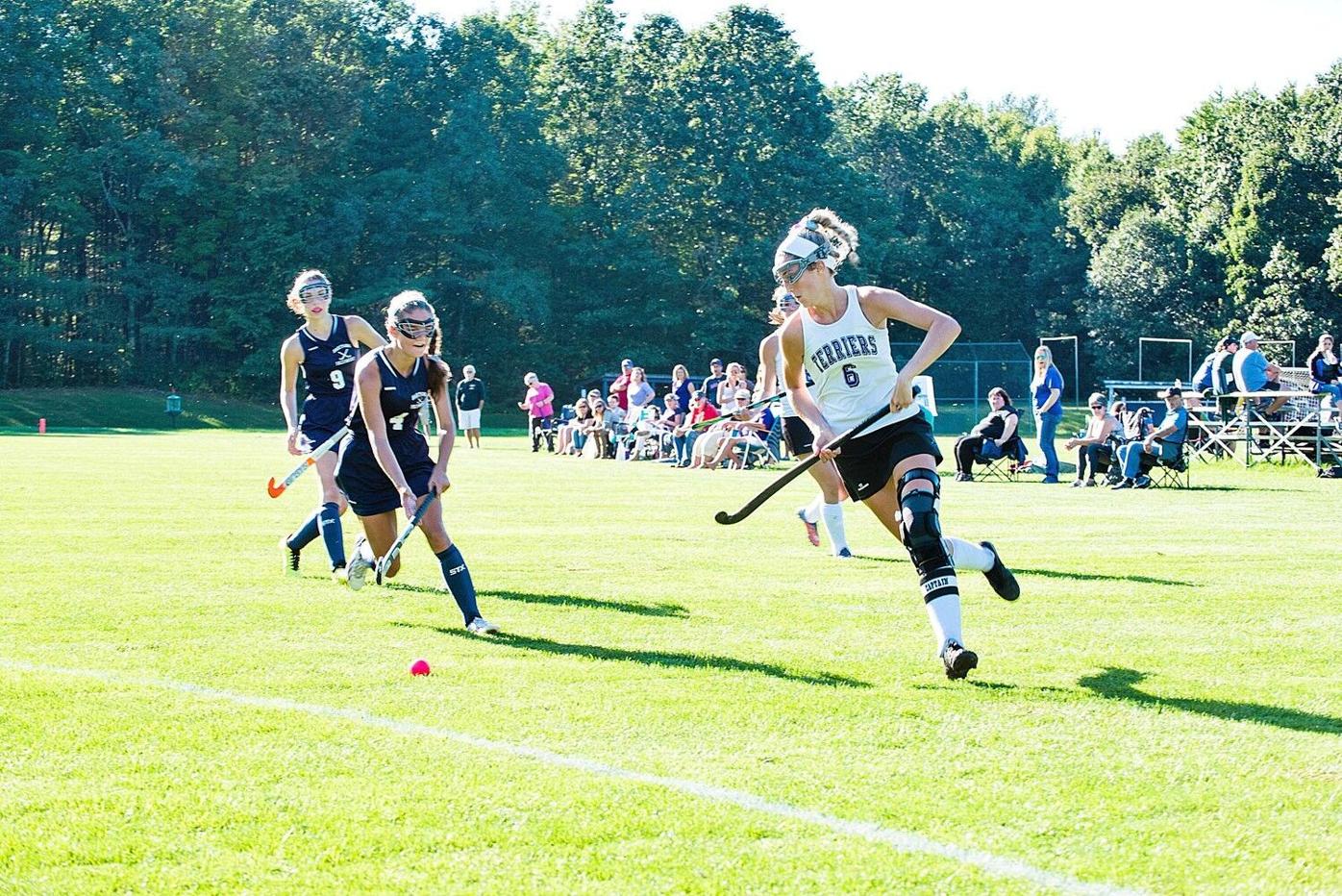 Bellows Falls' Molly Kelly (6) goes on the attack during her first game back following knee surgery. 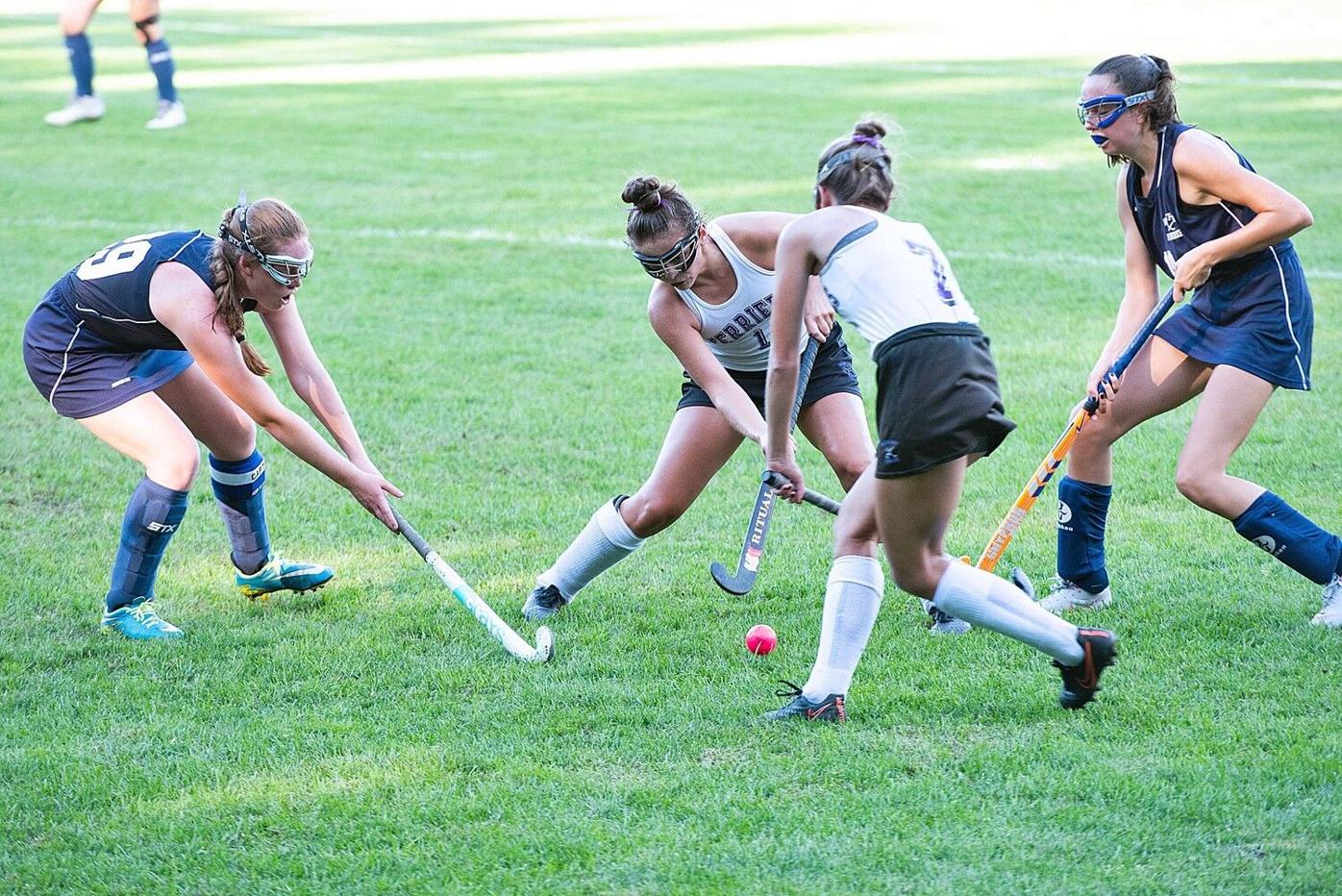 Bellows Falls' Molly Kelly (6) goes on the attack during her first game back following knee surgery.

WESTMINSTER — Meteorologists were talking Thursday about the wind and rain that Hurricane Florence would soon be bringing to South Carolina.

Nobody could have forecast what Maya Waryas was about to do.

"She was great," said winning coach Bethany Coursen, whose team improved to 3-0 this season.

It was the 43rd consecutive victory for the Terriers, who have won three state championships in a row.

"The first half started out a little rough," noted Coursen. "We did much better in the second half. I liked our passing along with the transition between the links and defense."

The hosts took 23 total penalty corners, with Waryas or Madison Streeter generally sending a pass in to Abbe Cravinho for a shot on goal. Coursen called plays such as Dish, Overload, Eagle and Dog House, with her team scoring on two of them.

On their sixth corner, the Terriers put away the game winner. Streeter got the ball to Cravinho, who crossed it over to Megan Banik for a tap-in just 4:05 into the game. Streeter would later put a shot past Hartford goalie Bailey Cameron from just inside the circle to give the home team a 2-0 halftime advantage.

"Corners are always hard, but I think we executed well on them. There's that pressure of getting a good hit out," Coursen stated.

Bellows Falls got interceptions from Madi Joy, Alice Salter-Roy, Streeter and Cravinho in the first 30 minutes, with the latter reacting like an NFL free safety on every free hit by the visitors. Halle Dickerson anchored the defense with a couple of beautiful clears.

Waryas would bury four shots over the final 30 minutes. She put home a pair of rebounds and also finished twice inside.

Banik poked one in and Streeter delivered from way out to cap the scoring.

The home crowd was also treated to a pretty give and go between Sophie Hyslop and Cravinho along the left side. The visiting fans came to life when Kennedy Mullen threatened up the gut and Daisy Phelps had a chance on a penalty corner.