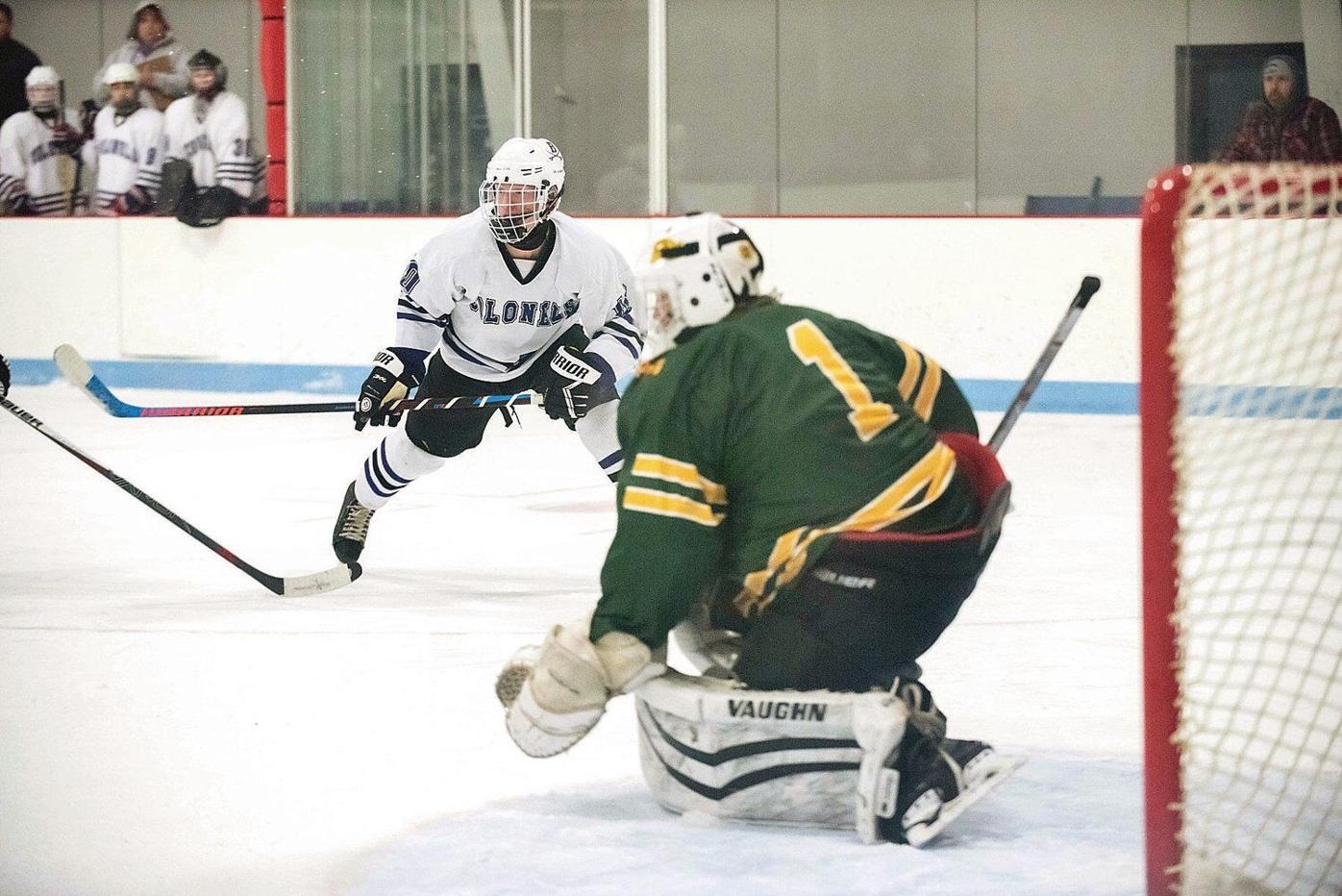 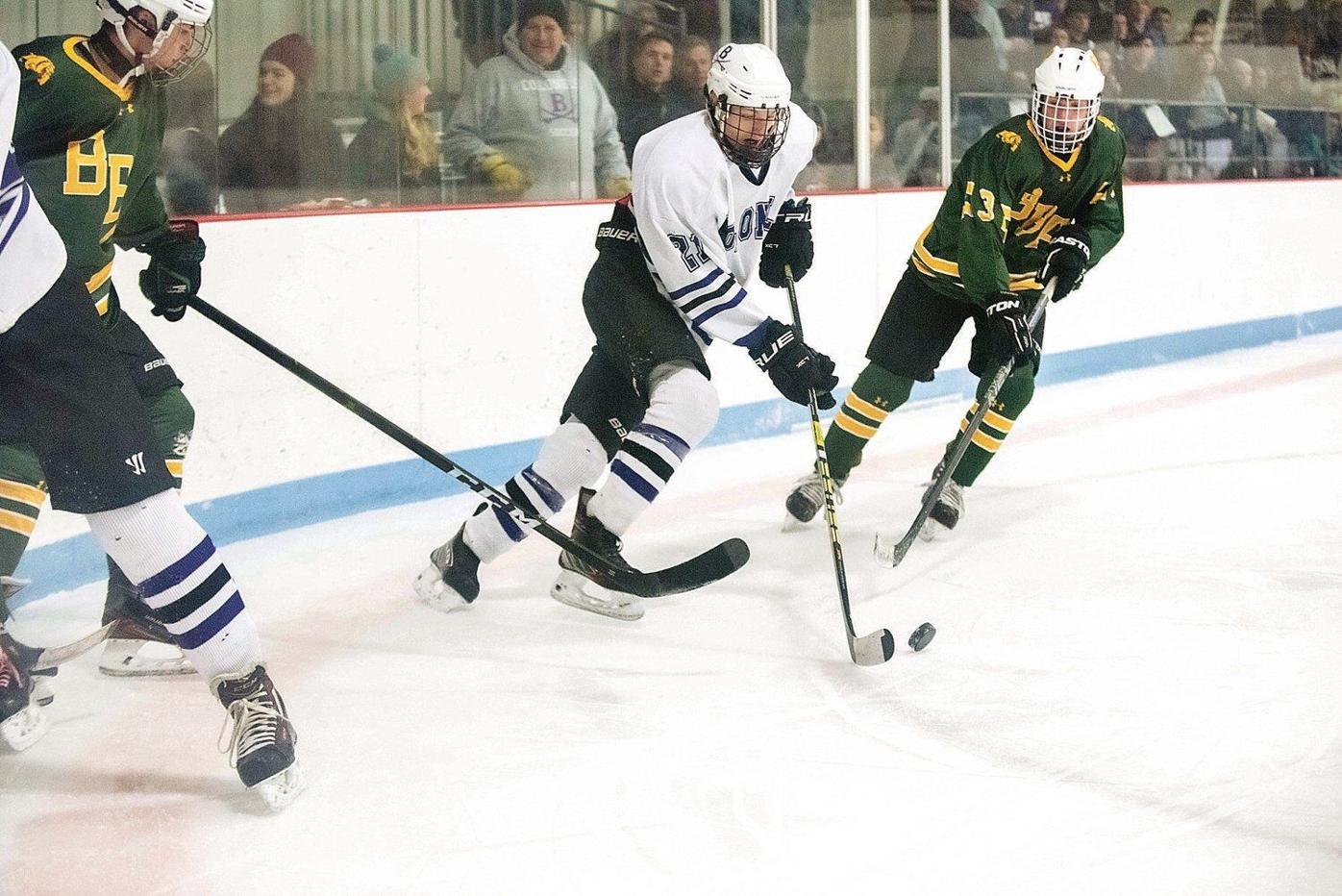 Brattleboro's Anthony Palomba takes control of the puck during a game against Burr & Burton at Memorial Park.

Brattleboro's Anthony Palomba takes control of the puck during a game against Burr & Burton at Memorial Park.

ESSEX JUNCTION — The Rotary All Star Classic hockey games will take place on Saturday at Essex Skating Facility, with the girls game starting at 4 p.m. and the boys contest following at 6 p.m.

The best Vermont high school seniors in Division 1 and Division 2 were nominated by their coaches to be eligible for the event. Brattleboro's Anthony Palomba and Nathan Powers were both named to the Harris Team, which will take on the Austin Team.

The duo helped the Colonels to a 12-9-1 record, including a 6-1 victory over Mount Mansfield in the postseason.

The rosters for each boys All Star team are shown below.