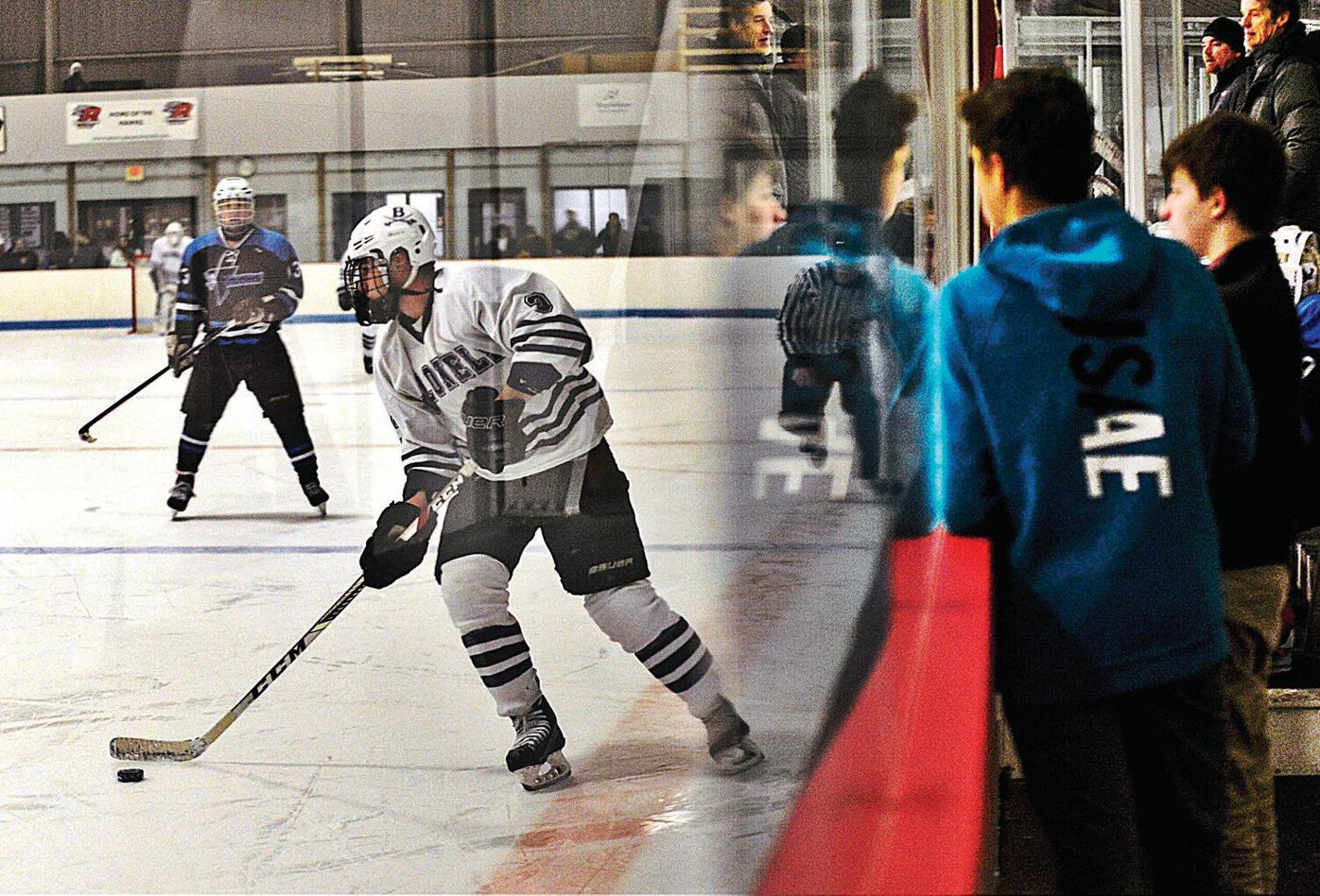 Brattleboro's Kam Pelkey looks for an open teammate to pass to. 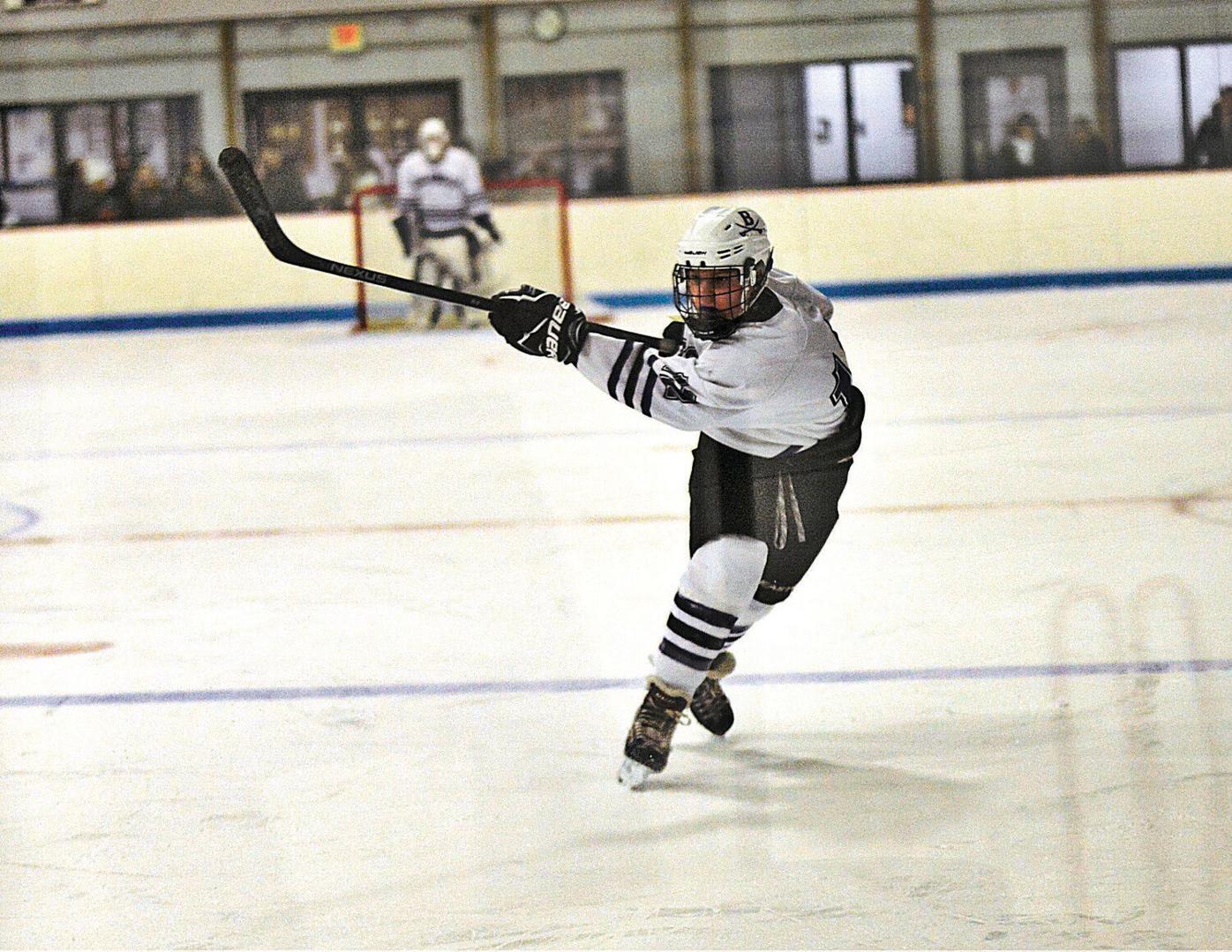 Ryan Gerard fires away for the Colonels. 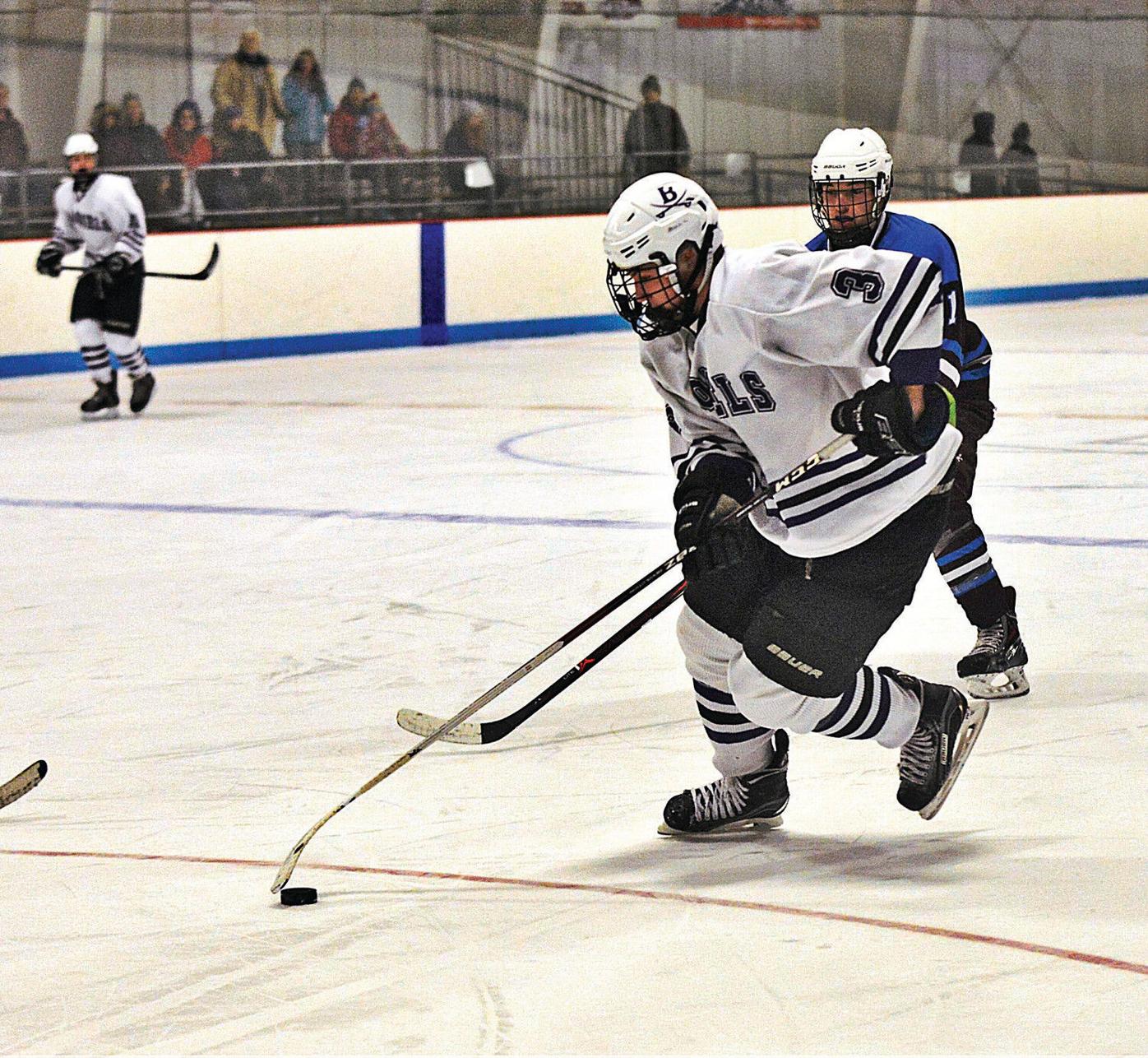 Kam Pelkey goes on the attack in the North Country zone. 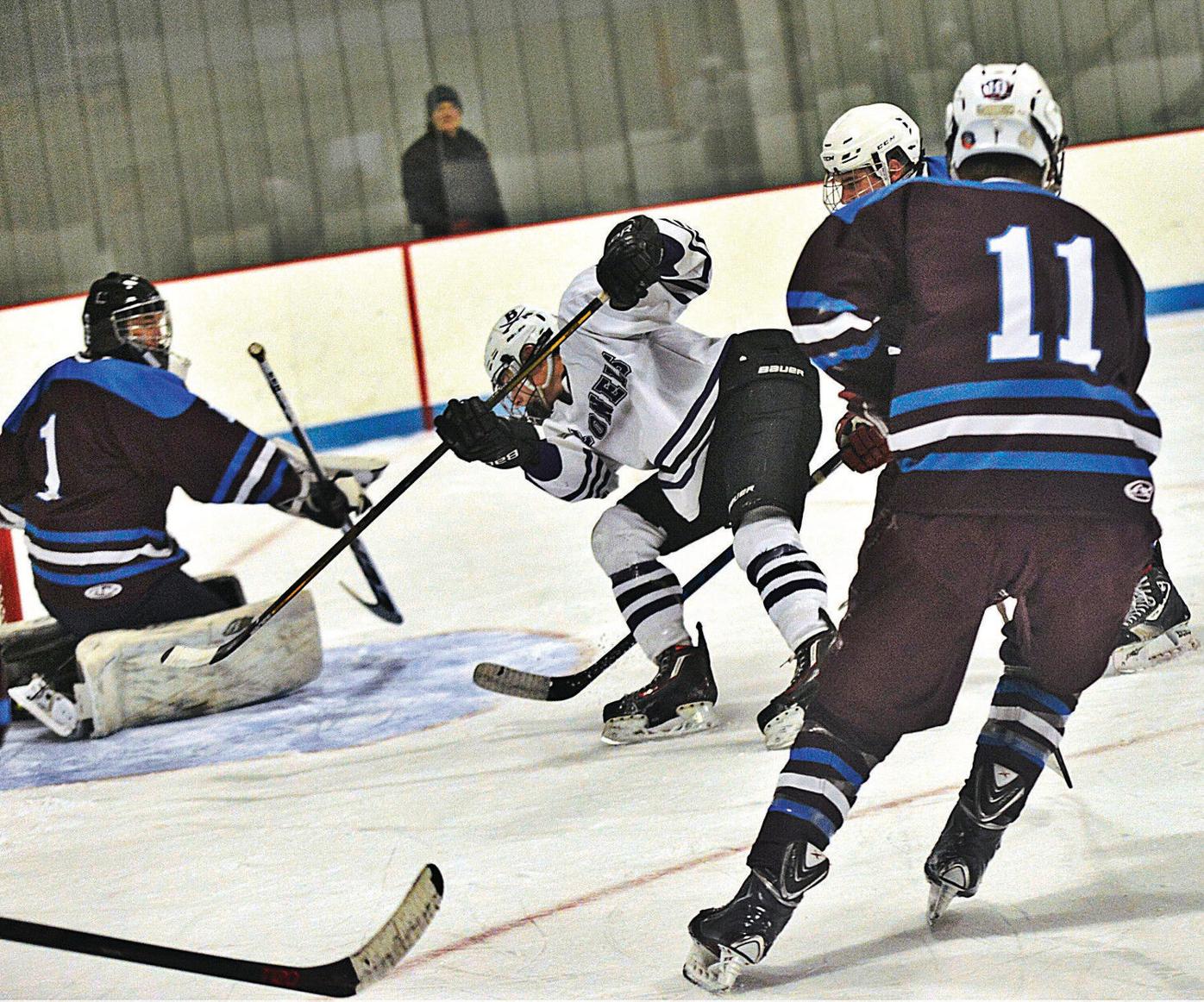 Brattleboro's Kam Pelkey looks for an open teammate to pass to.

Ryan Gerard fires away for the Colonels.

Kam Pelkey goes on the attack in the North Country zone.

BRATTLEBORO — The Falcons blew the lead in a game it seemed as though everyone was watching.

"That was the second time we've come back this season," said BUHS coach Eric Libardoni. "We showed a lot of grit. We played hard and didn't quit."

The hosts were behind on four different occasions and got answers from Nathan Powers, Mason Foard, Kam Pelkey and Jasper Reed to pull even at 1-1, 2-2, 3-3 and 4-4. The prettiest of those goals came late in the second period, when Anthony Palomba carried the puck up the gut and dished right to Pelkey for a one-timer upstairs.

"That was a very nice goal," noted Libardoni. "Those two have been playing well together this season. They have something like 10 goals between them."

With the score knotted at 4-4, Gabriel Heiden poked in the game-winner with 4:19 remaining in the contest.

"I thought we dominated a lot of the game," the BUHS coach stated. "We were the better team, but we almost tried to give the game away. We made a couple of really, really irresponsible plays that almost cost us."

Sophomore netminder Sam Griffith made a handful of quality saves for the Colonels. He denied Patrick Gaudreau twice, robbing him on a 2-on-1 chance in the second period and on a rush early in the third.

The Falcons tried to send a message right out of the gate, when Mitchell Gonyaw slammed Brattleboro's Nathan Powers into the boards. And they never trailed over the first 40:41 of action, thanks to goals by Gonyaw (2), Brad Perron and Jordan Cote.

But when House of Pain's "Jump Around" was played over the loudspeaker, it seemed to pump up the home team and the crowd, which erupted when Heiden delivered with 4:19 left to give the Colonels their first lead.

Brattleboro (3-3-1) will play at Saint Johnsbury on Saturday at 3 p.m.