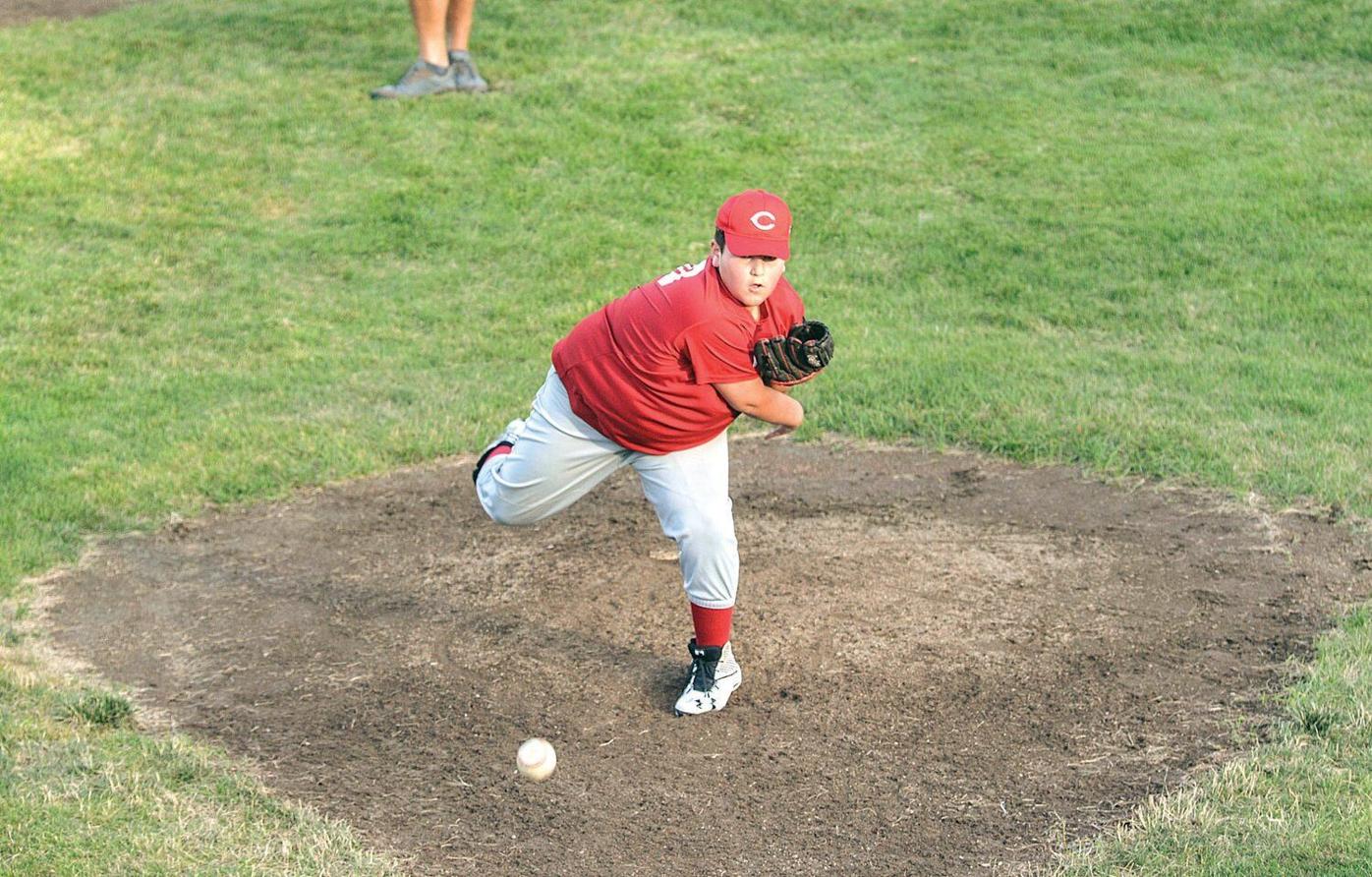 Carlos Torres pitches for the Reds during a Brattleboro Little League baseball game on Tuesday. 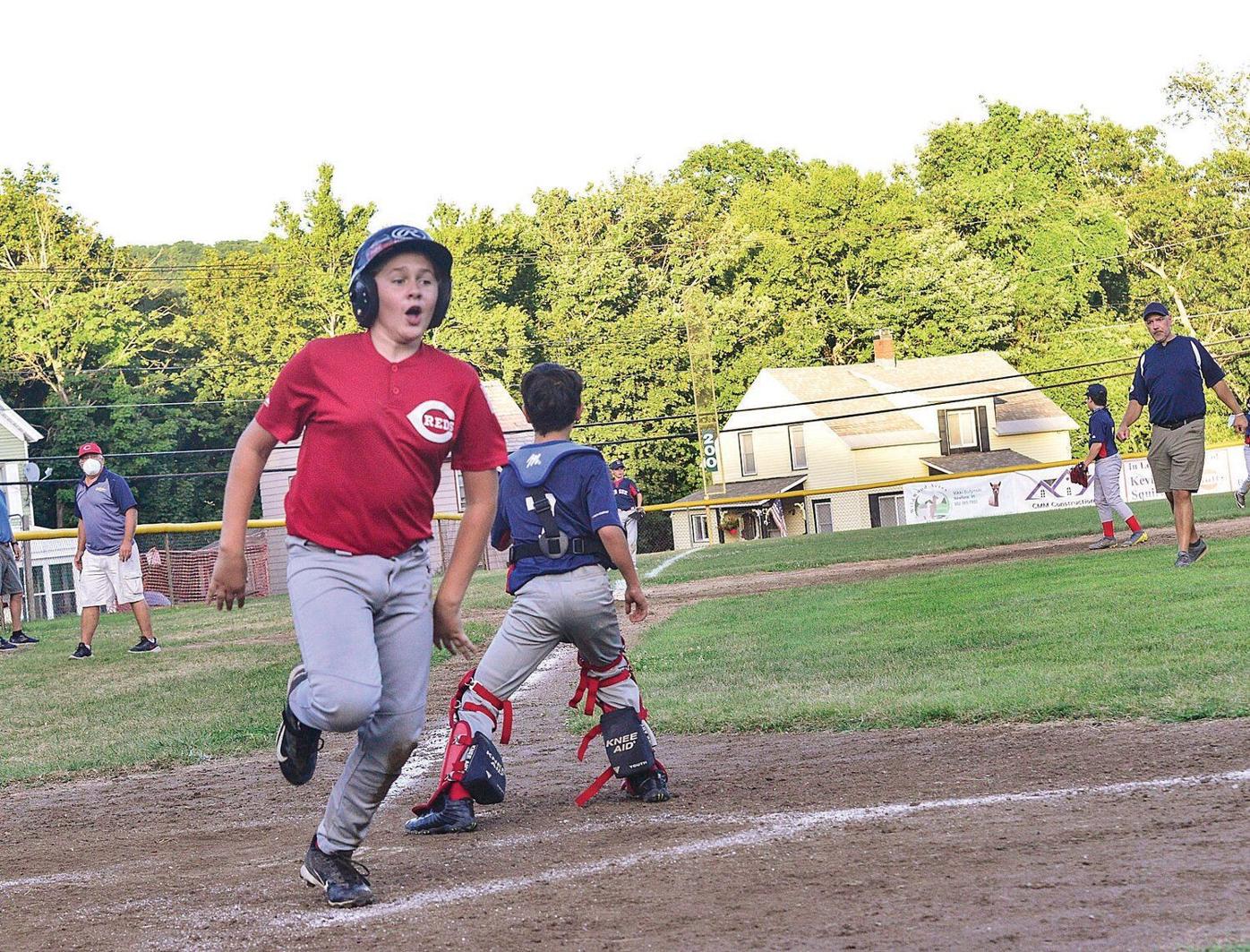 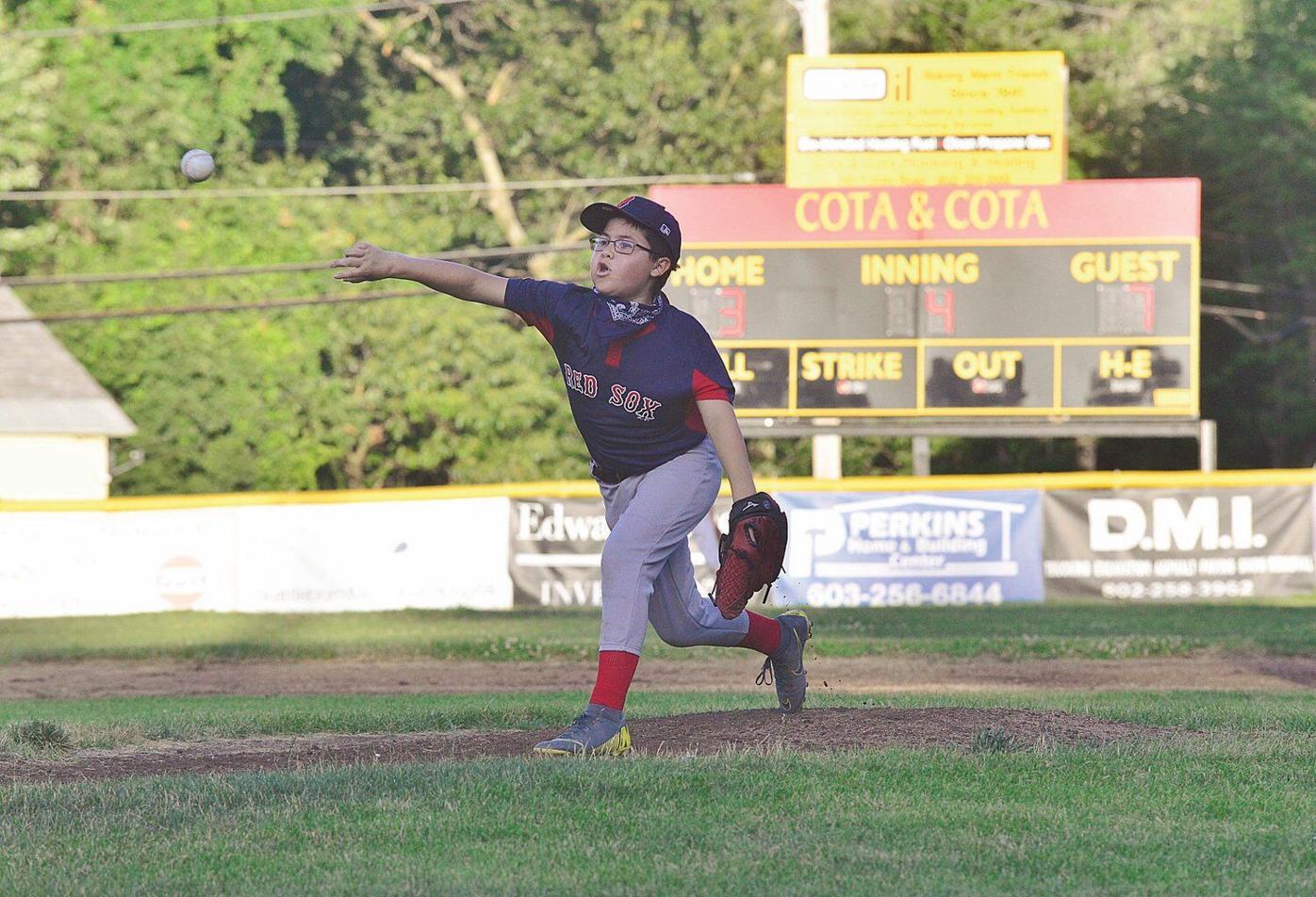 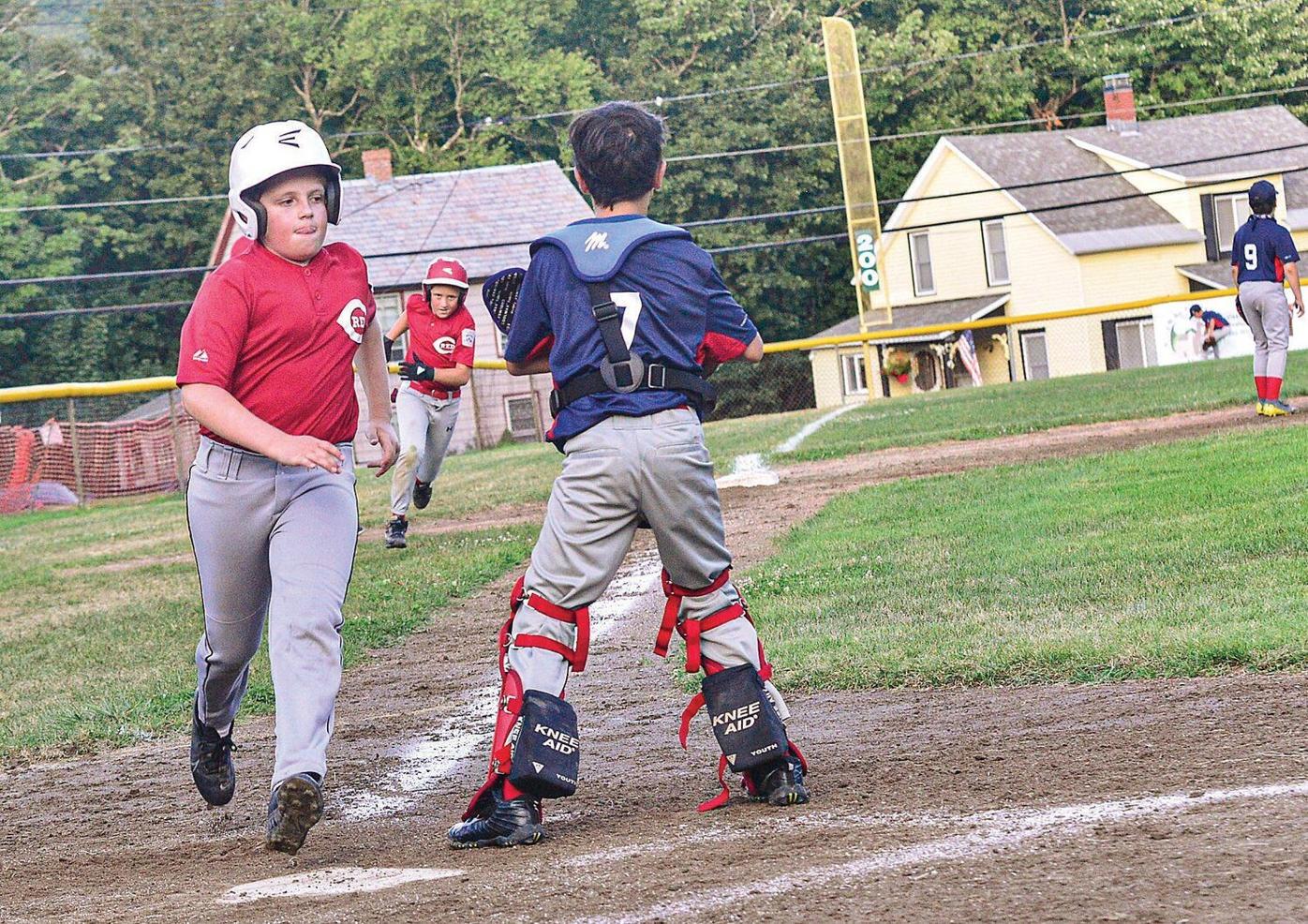 Eli Doak scores for the Reds on a double.

Carlos Torres pitches for the Reds during a Brattleboro Little League baseball game on Tuesday.

Eli Doak scores for the Reds on a double.

BRATTLEBORO — Carlos Torres tossed scoreless innings in the fifth and sixth to seal the Reds' 9-7 Little League baseball victory over the Red Sox on Tuesday evening at the South Main Street field. The Reds got a strong offensive game from Sean Cozza who had three hits and knocked in four. Eli Doak and Spencer Claussen each scored two runs. Connor Griffus went 1-for-2 with an RBI and a run scored while playing solid defense. Torres added a late RBI in the fifth. The Red Sox got RBI base hits from Izaya Bullins, Nick Fortier, and Iain Cudworth. The Red Sox also got a solid start on the hill from Varek Tuma who pitched into the fourth inning and struck out five. Henry Schwartz added a base hit, a run scored, and a stolen base while playing strong defense.

In a masterful performance on Wednesday, 10-year-old Logan Waite tossed the league's first six-inning complete game and added 10 strikeouts as the A's downed the Pirates 5-1. Across an economical 70 pitches, Waite allowed just one hit and didn't issue a walk. The Athletics faced tough Pirates righty Damien Fontaine who struck out six. Lucas Lamorder had two hits and two RBI to lead the A's. Grady Jutras scored two runs. Sebastian Garro made two fine catches in center. Rookie Asher Johnson scored his first Little League run after walking in the fourth inning. The Pirates were only able to muster one hit off Waite — a second-inning single off the bat of Brady Sparks who later scored. Sparks, a left-handed catcher, made several impressive stops to save runs from scoring. The Pirates got a strong relief appearance from rookie southpaw Nolan Domanski who struck out three of the four batters he faced.

The Royals used a cadre of pitchers in a game with multiple lead changes and edged the A's 11-10 on Thursday. Noah Gagne, Senji Kimura, and Jayson Tirell each had two hits for "the Crowns." Kimura and Tirell knocked in one run each while Gagne had two RBI. Ryder Leary added an RBI single in the fourth. Three Royals rookies got hits as well — Louie Alden, Cooper Leary, and Jackson Ferreira. Leary's second-inning single scored two. Ferreira's single in the fourth was his first Little League hit and RBI. The Athletics got a strong start from Trace Tetreault, who threw into the fifth inning and delivered 78 pitches. He also mashed a two-run double in the third inning, scored two runs and was on base four times. Grady Jutras, Lucas Lamorder, and Sebastian Garro each scored two runs. Charlie O'Connell had a base hit and an RBI.

On Monday, Hayden Avard fanned 17 batters and fired a one-hitter as the Giants improved to 6-0 via a 9-1 rout of the Mets. Donnevhan Hall helped out with an RBI double and two-run single, while Halen Ranslow and Bowen Kunkle added two hits each for the winners.

Last weekend, the Royals pounded the Red Sox 20-9 and the Giants nipped the Pirates 5-4. Ryder Leary hit for the cycle, including a grand slam, and drove in eight runs to lead the Royals. Noah Gagne added a couple of hits and was on base five times. Halen Ranslow drew a walk in the sixth inning and eventually scored the winning run for the Giants.

Kayden McDaniels had a pair of hits, including a two-run double in the sixth, when the Mets outscored the Pirates 14-7 on July 24.