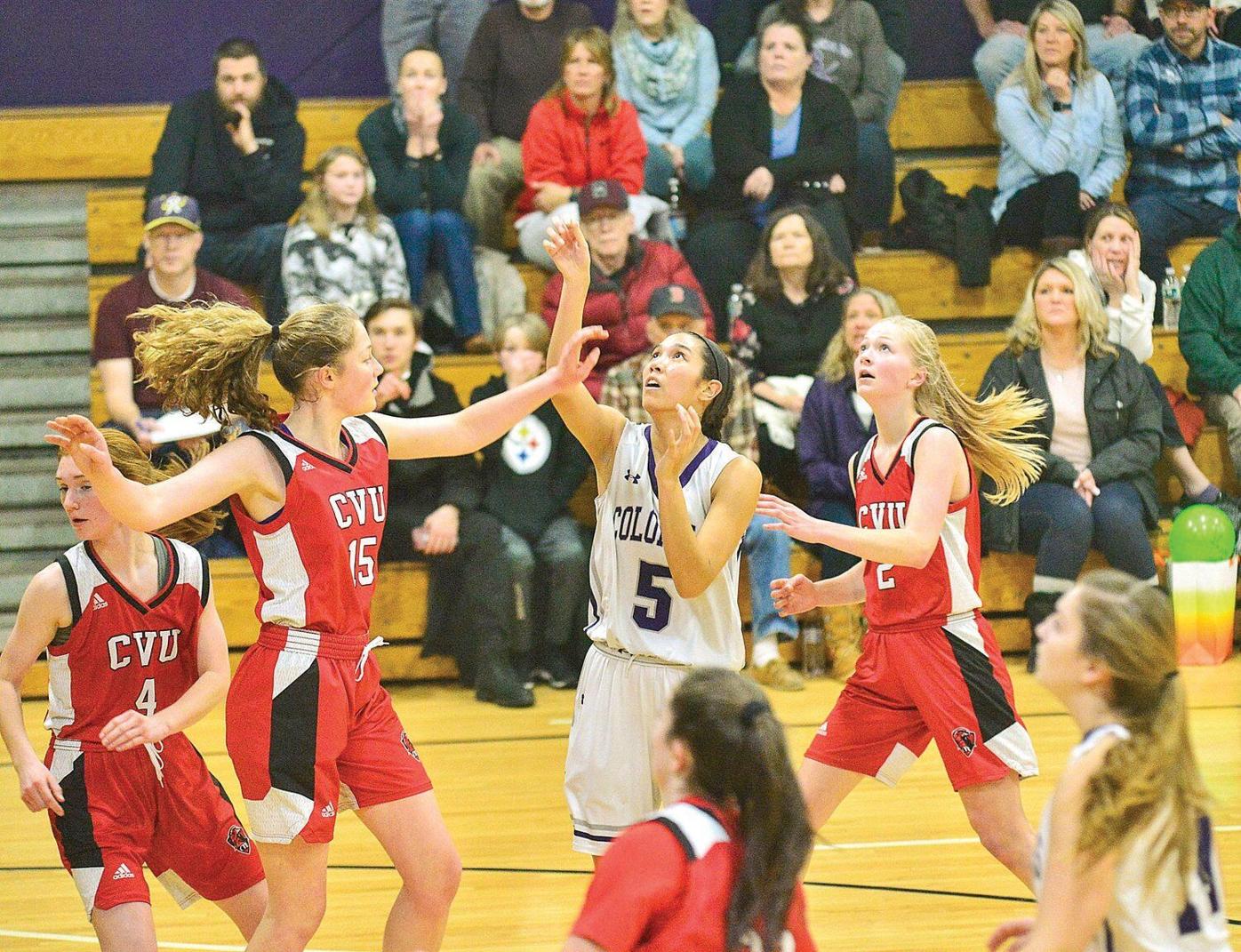 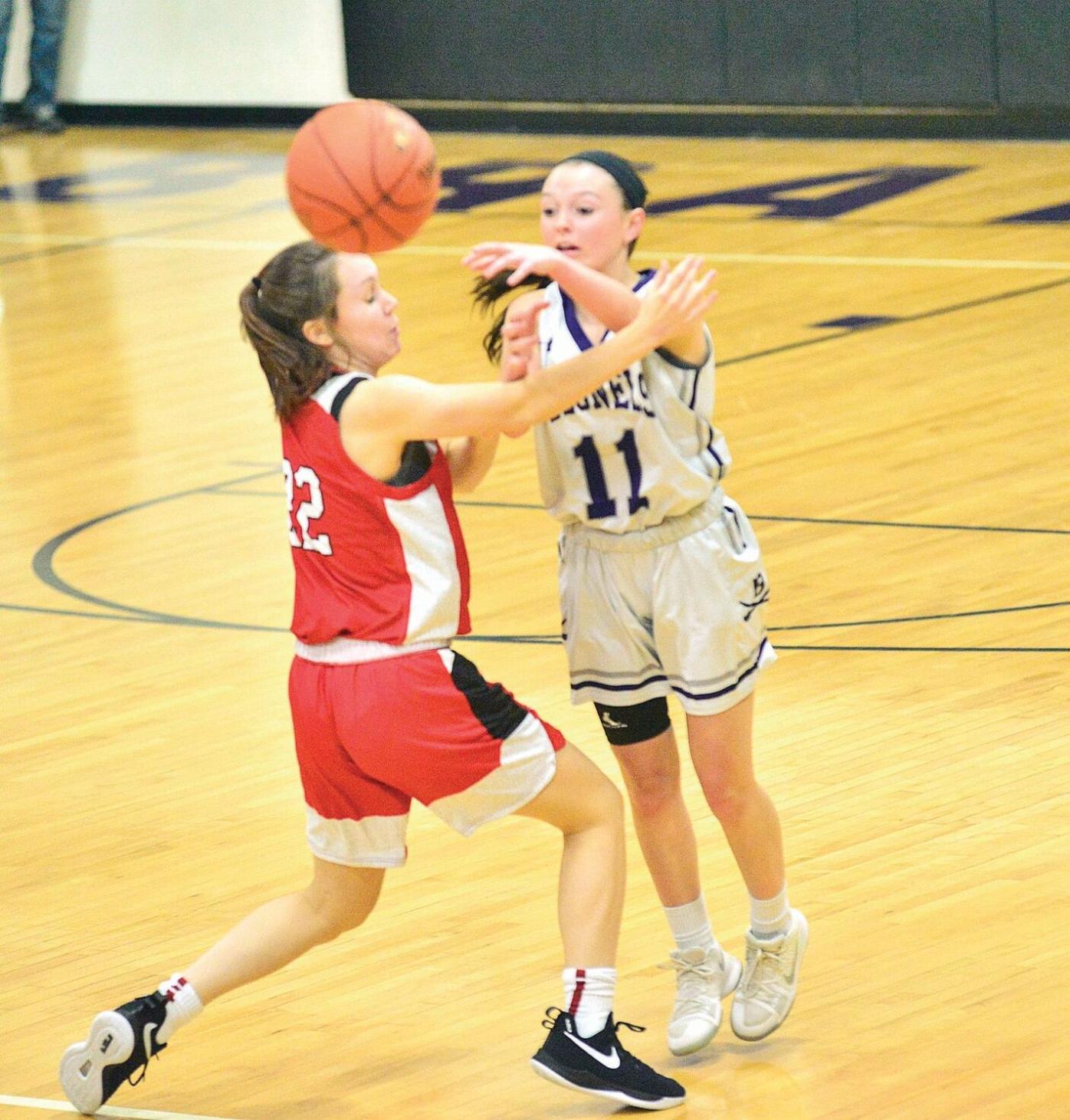 Nicky Norcia (11) passes the ball for the host Colonels. 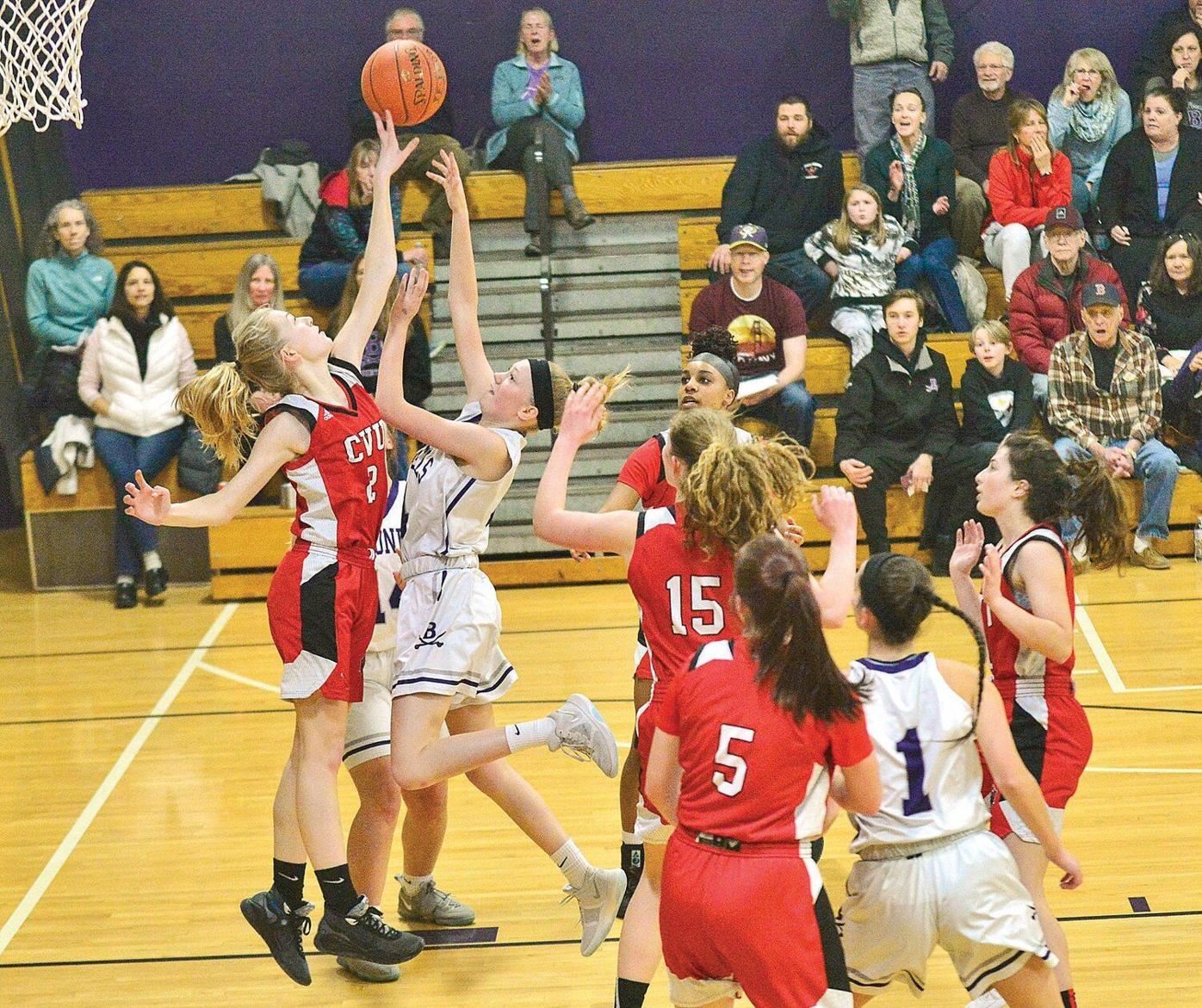 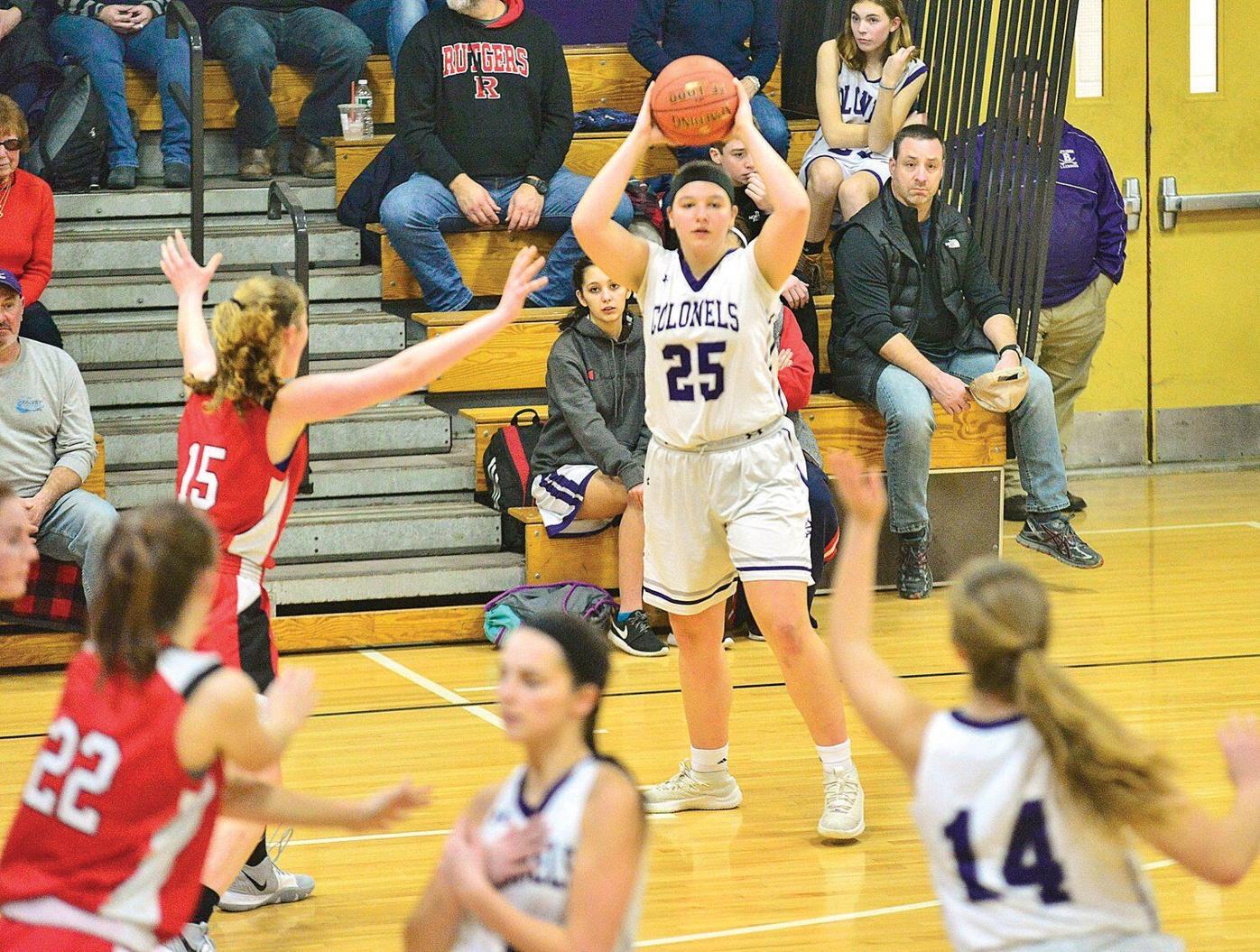 Nicky Norcia (11) passes the ball for the host Colonels.

And they both remained undefeated.

Just before quarterback Joe Burrow and company went toe-to-toe with Clemson for the national title, the Redhawks improved to 7-0 on the season with a convincing 74-32 win over host Brattleboro.

Brattleboro's Rachael Rooney buried a runner and later drained a trifecta from the top of the key as the purple and white stole a 7-5 lead just 3:15 into the contest. Lauryn Sargent contributed with a couple of made free throws during the early surge.

"We had a good start," noted Worden, whose 2-6 team has not tasted victory since winning the Tip Off Tournament in Townshend to begin the season.

After Rooney's layup seven minutes in, the visitors would go on a backbreaking 27-0 run. CVU hit five outside shots in that span, including makes from downtown by Madison Reagan (16 points) and Catherine Gilwee.

The Redhawks knocked down seven treys on the night, with Jade Leavitt, Mekenna Boyd (11 points), Quinn Boardman and Shelby Companion (15 points) all showing off a smooth stroke.

Natalie Hendricks, Jessica Tatro and Kiki McNary all had a steal in the second quarter for the hosts, while Chloe Givens contributed with an offensive rebound. The Colonels went to the break trailing 39-9.

There were halftime conversations up in the bleachers about how the Red Hawks had previously routed MAU 81-5, with the Patriots being held scoreless in the second half of that game. And it seemed as though Brattleboro's senior point guard could hear the chatter.

Rooney, who would finish with a game-high 17 points, ended CVU's long run with a 3 from the left corner early in the third quarter. Alyssa Scherlin then scored twice inside, with assists coming from Brenna Beebe and Rooney.

"In the last quarter, I thought we showed some fight. We played hard right to the end. All things considered, I'm happy with our performance," mentioned Worden.

Over the final eight minutes, McNary scored consecutive hoops, Scherlin and Rooney each connected from beyond the arc, and Hendricks added a bunny.

The Colonels will next play at Saint Johnsbury on Jan. 21.