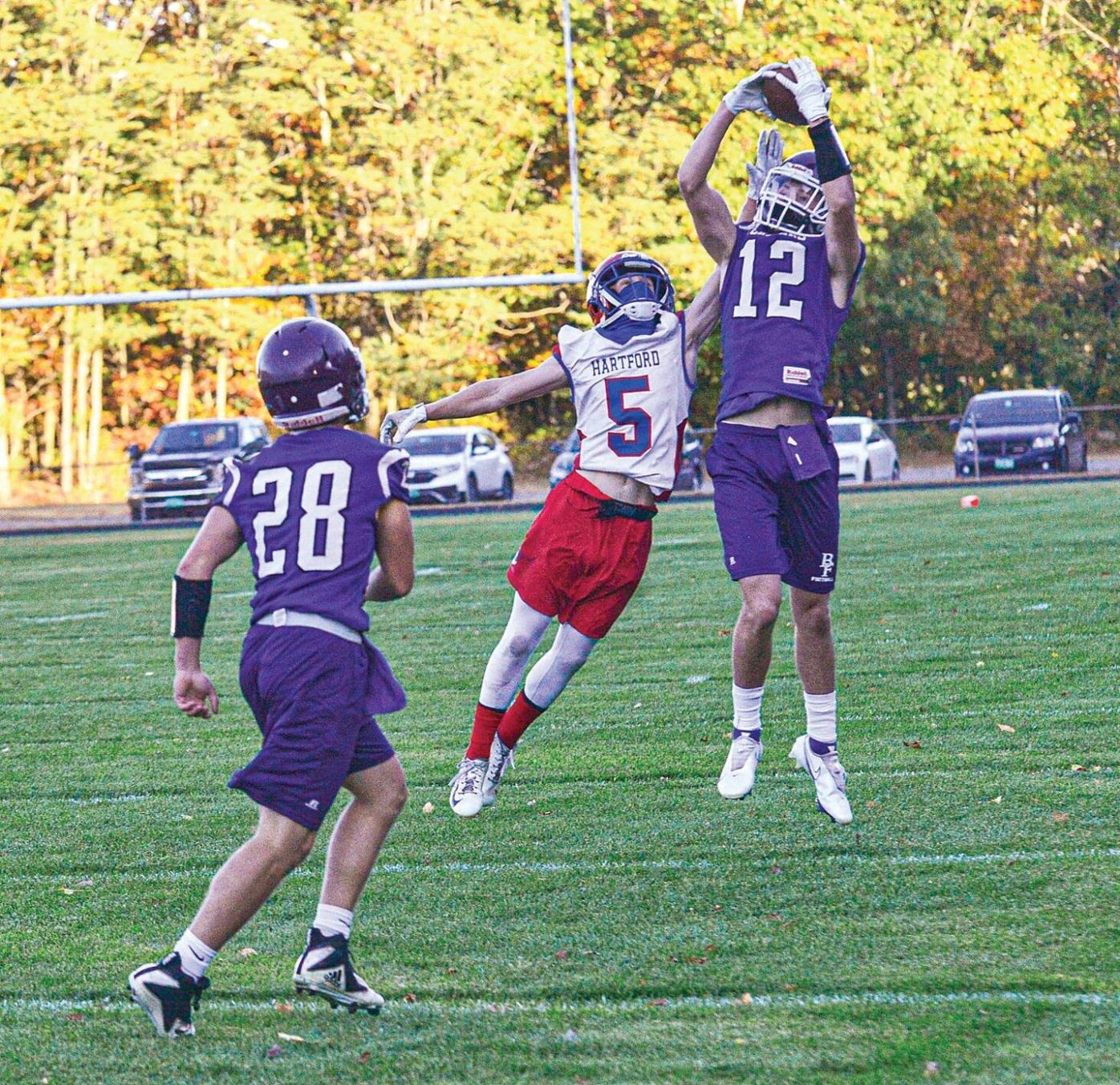 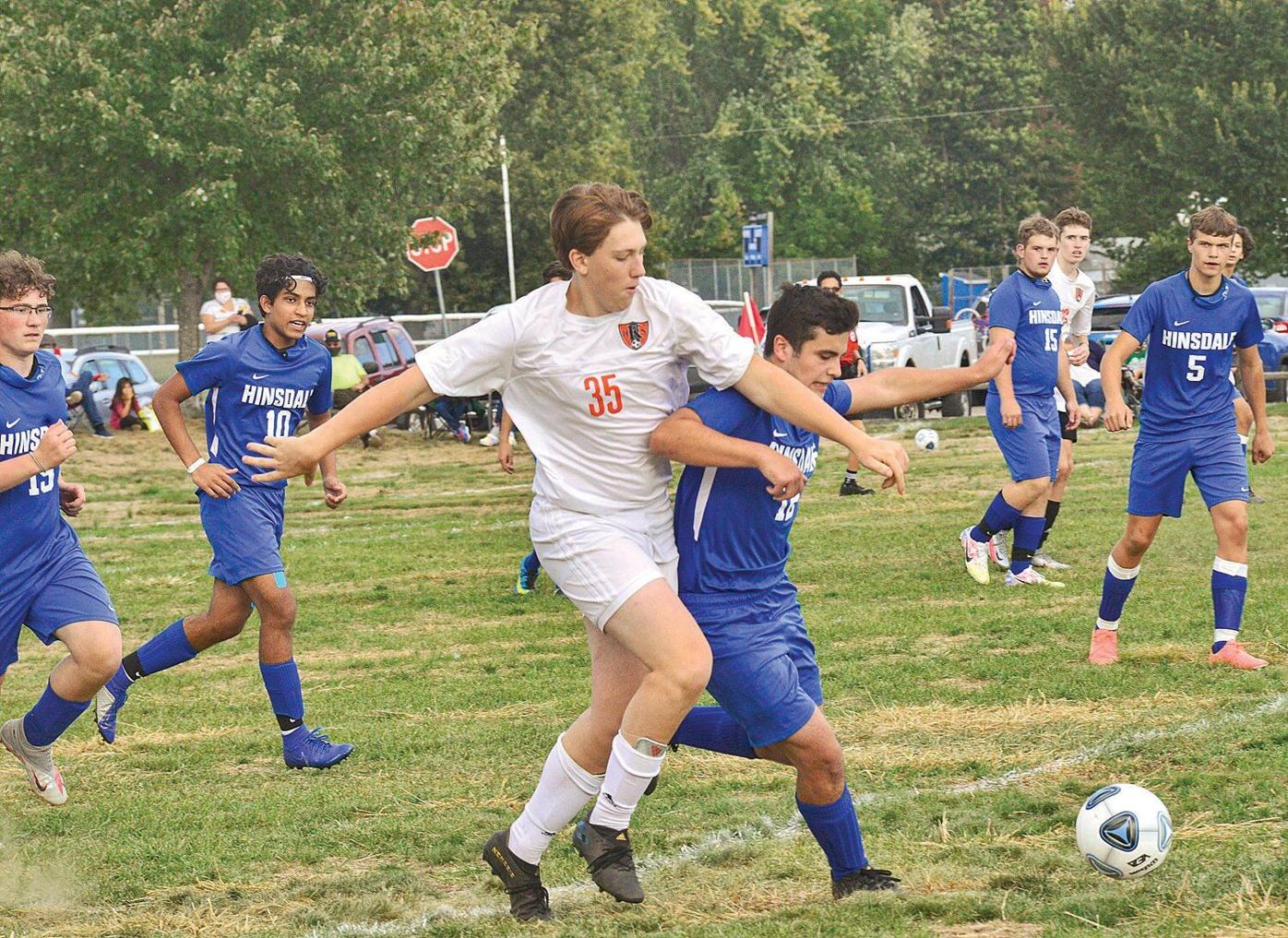 Hinsdale's Noah Pangelinan makes one of his three steals during his team's 4-1 win over Keene. 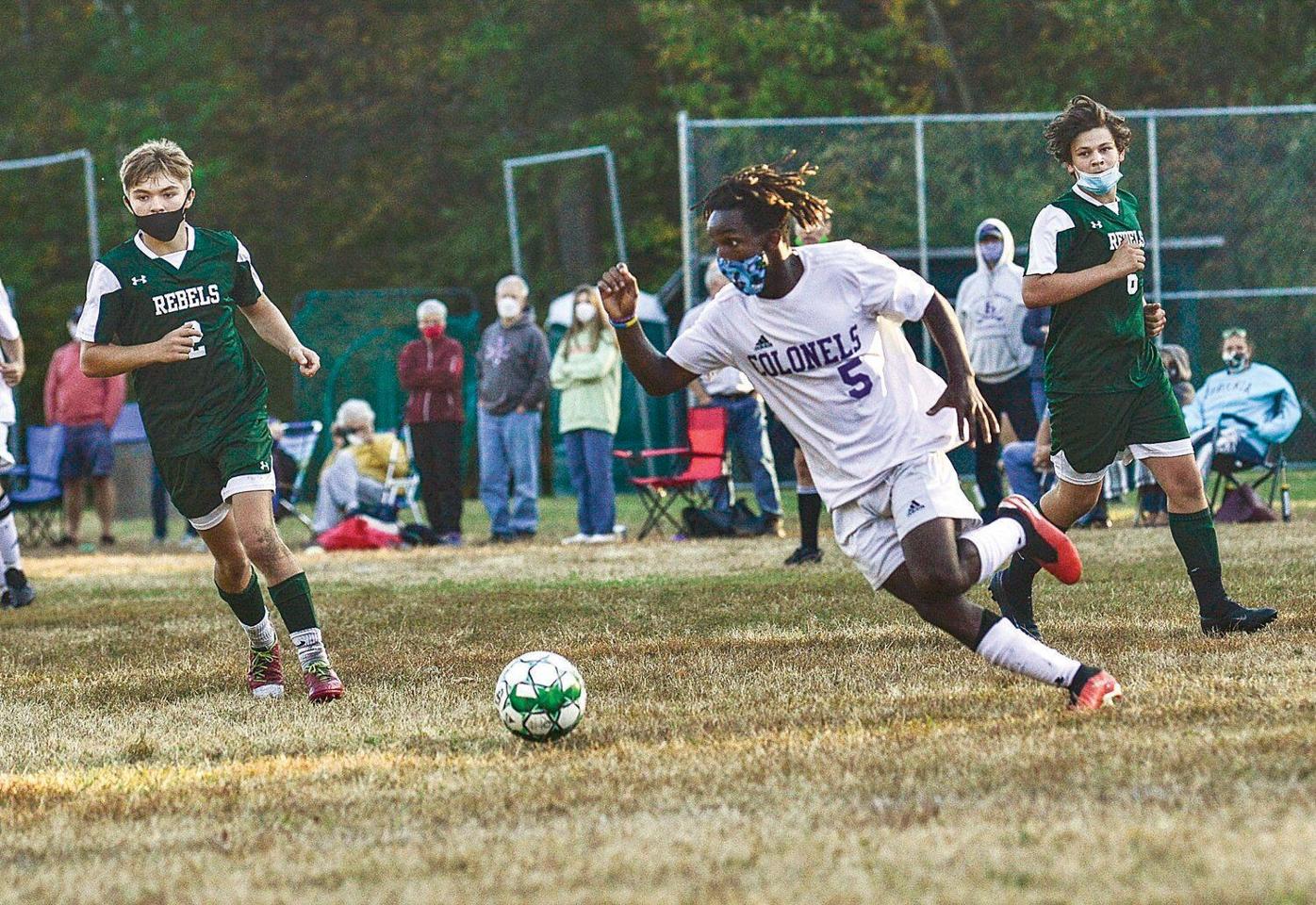 Brattleboro's Sam Hall (5) goes on the attack during his varsity soccer team's 5-1 victory over Leland & Gray on Thursday. 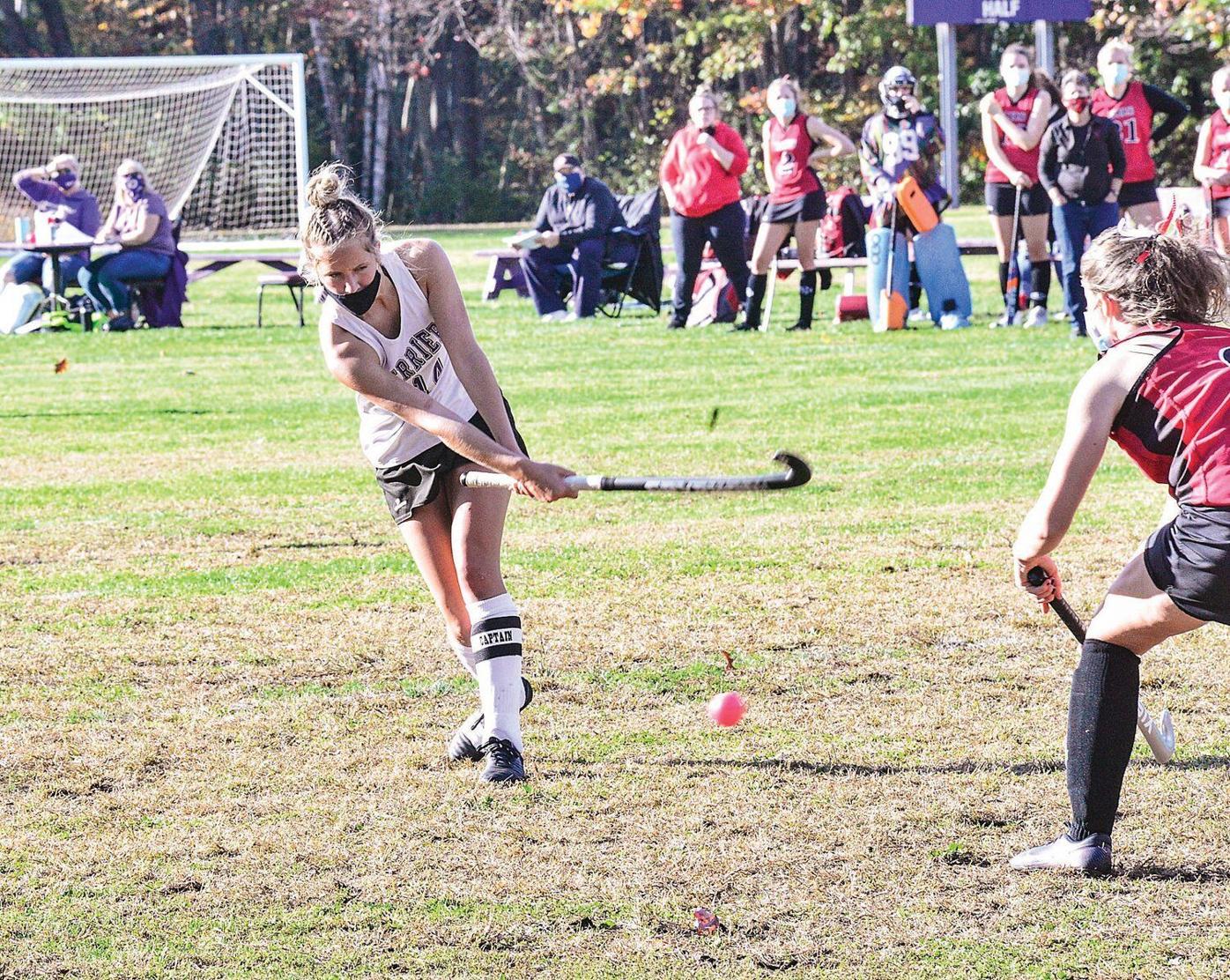 Maya Waryas scored one of the three goals for the Bellows Falls varsity field hockey team during a 3-0 win over Rutland on Wednesday.

Hinsdale's Noah Pangelinan makes one of his three steals during his team's 4-1 win over Keene.

Brattleboro's Sam Hall (5) goes on the attack during his varsity soccer team's 5-1 victory over Leland & Gray on Thursday.

Maya Waryas scored one of the three goals for the Bellows Falls varsity field hockey team during a 3-0 win over Rutland on Wednesday.

BRATTLEBORO — The Three Mask-eteers?Wearing facial coverings, Josh Curtis, Thad Sawyer and Trinley Warren all caught a touchdown pass as the Brattleboro varsity 7-on-7 touch football team opened up with a thrilling 24-21 win over Springfield last weekend. It was the 12th consecutive victory for the Colonels, who won the game on Reed Sargent's field goal with 8.8 seconds remaining.

Colin McHale went off for five goals and two assists to power the Twin Valley varsity boys soccer team to an 8-1 rout of Long Trail in the Wildcats' debut.

And Bellows Falls' Abby Broadley, who won the individual cross-country title in 2018 and 2019, struck gold in Thetford on Sept. 26 in a time of 20:25. Steph Ager placed second for the Terriers, who have captured back-to-back team crowns.

"Not a bad opener. A lot to improve on," mentioned BF coach Josh Ferenc.

Fans have been screened prior to watching fall sports at some schools and have been social distancing at all of them. The amount of spectators have been limited, with student-athletes being allowed to bring up to two, three, or four family members along, depending on the town.

Those who showed up at Hadley Field in Westminster on Wednesday afternoon got to see something brand new.

Hartford and Bellows Falls faced off in the first touch football game in this coverage area, with the Hurricanes prevailing 37-20. Playing a version that takes blocking, tackling and running the ball out of the equation, BF captains Logan Lisai, Jack Burke and Dominic Kendall all caught a touchdown pass.

"I can't wait until next fall and neither can the kids," said Bellows Falls coach Bob Lockerby when asked after the game what he thinks of this style of football. "We were really looking forward to an outstanding (tackle football) season. You have no idea how hard we have worked."

On the pitch, the Brattleboro boys are off to a 3-0 start. Ayoub Lajhar scored the game-winning goal against both Hartford and Mount Anthony Union, before tallying and adding three assists in a 5-1 win over Leland & Gray on Thursday.

Alex Shaink and Kleay Steever each had a hat trick during a Hinsdale soccer victory. Brattleboro goalie Bella Powell made 15 total saves to help her team to a 2-0 start, while Leland & Gray keeper Hunter Fillion made three stops when shutting out Woodstock. Hannah Landers and Abby Towle each tallied twice as the Lady Rebels topped Bellows Falls 6-1 on Wednesday.

"Alex (Shaink) is doing great. He was one of our top players last year," said Hinsdale varsity boys soccer coach Syla Sengaloun after a 4-1 win over Keene. "We have a nice front line. We really utilized our speed."

The Bellows Falls and Brattleboro varsity field hockey teams each kicked things off right. The Terriers, who have appeared in five straight state championship games, got goals from Sadie Scott, Maya Waryas and Ava Laross to beat Rutland 3-0. Kiera Noble was the hero when the Colonels downed Fair Haven 1-0 in overtime.

"It was the strength of the Brattleboro defense that kept the ball out of the goal," stated first-year BUHS coach Erin Cooke following the thriller.

And on the Windsor trails, Hazel Wagner and Tenzin Mathes each placed second to lead the Brattleboro girls and boys cross-country teams to victory during a four-school meet.

"The team has been working hard, and training safely and well the past few weeks, and it showed," said BUHS coach Keith Arnold.