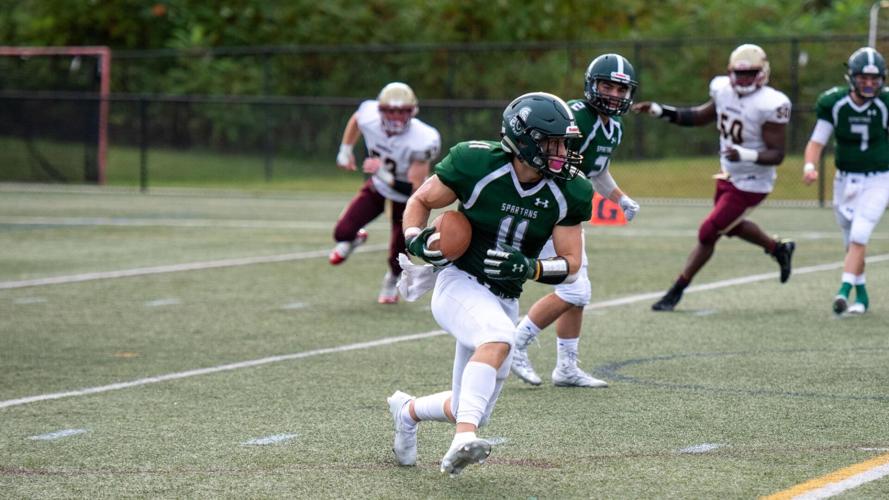 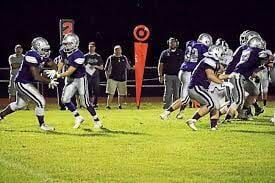 Brattleboro quarterback Tony Martinez hands the ball off to Cheick Diakite during a 2016 varsity football game against Middlebury.

Brattleboro quarterback Tony Martinez hands the ball off to Cheick Diakite during a 2016 varsity football game against Middlebury.

BRATTLEBORO — Does the German Bowl get big time entertainers for its halftime shows and have a special ring fitted for each of the players on its winning team?

Tony Martinez is hoping to find out soon.

The Brattleboro Union High School graduate recently signed to play for the Dusseldorf Panthers of the German Football League.

“Words can’t even describe how excited I am to be playing again,” the 23-year-old said.

Martinez helped the Colonels make the playoffs during his junior season. He would guide the purple and white to a 4-5 record as a senior.

“Receiver should fit him much better at the next level. He has really good hands and he’s athletic,” stated BUHS head coach Chad Pacheco of his signal caller at the time.

“We will try to make it for a game or two this summer,” said excited aunt Shari Henry, who has been one of her nephew’s biggest fans all along.

Martinez will now play for a pro team that was formed in 1978. The Panthers are one of the most successful American football clubs in Germany, having won six German Bowls.

“I hope to bring another offensive threat to the team and I hope to make a lot of catches on conversion downs like I did at Castleton,” stated the playmaker.