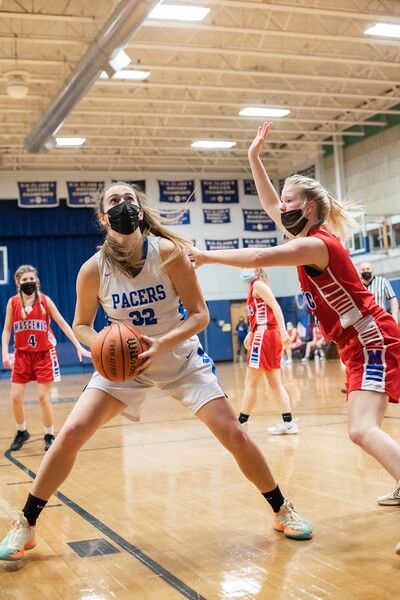 Hinsdale senior Angelina Nardolillo goes to work in the paint during a varsity girls basketball game versus Mascenic. 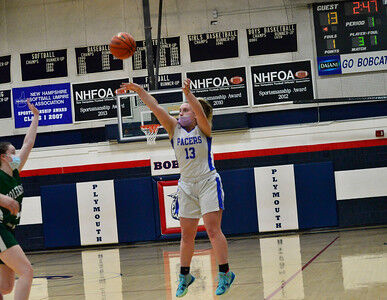 Hinsdale’s Delaney Wilcox shoots from the outside during the Division 4 state championship game on March 14 in Plymouth, N.H. 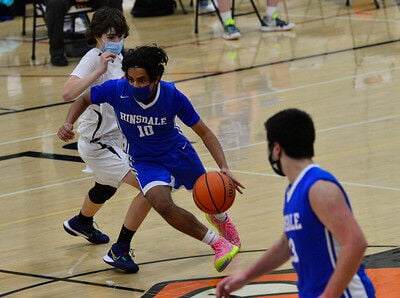 Above: Hinsdale senior Angelina Nardolillo goes to work in the paint during a varsity girls basketball game versus Mascenic. Left: Arth Patel drives toward the hoop for the Pacers.

The senior center averaged 20 points, 15 rebounds and five blocks per contest over the winter. She went off for 24 points when the Lady Pacers beat Colebrook 63-51 for all the marbles in Plymouth.

Hinsdale’s Delaney Wilcox, who scored a team-high 26 points in the state championship game, was named to the D-4 Second Team. The senior point guard averaged 14 points and four steals a night for the champs.