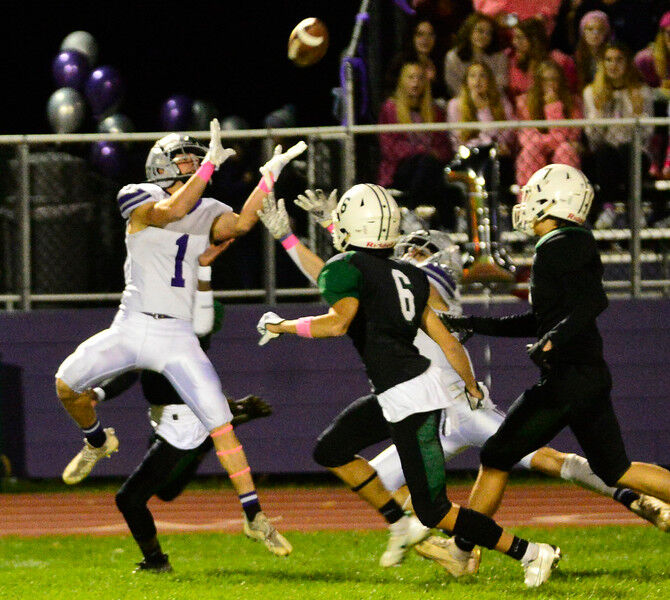 Brattleboro’s Aaron Petrie catches the ball for a first down during a varsity football game against Rice. 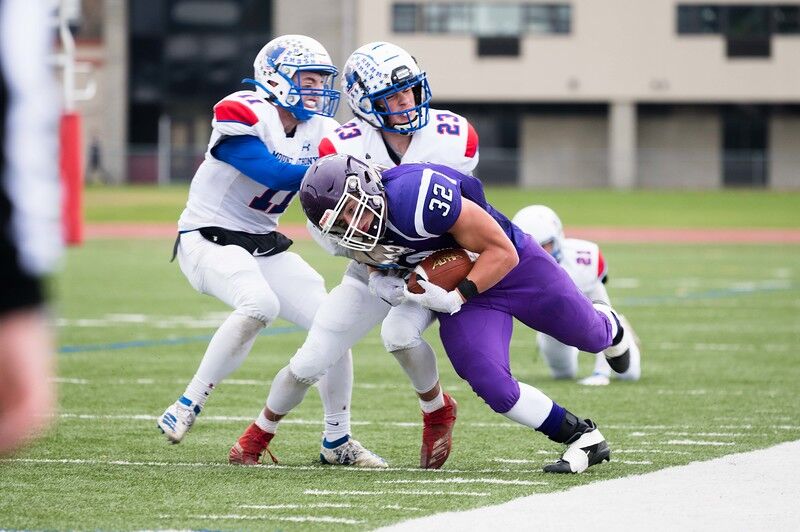 Brattleboro’s Aaron Petrie catches the ball for a first down during a varsity football game against Rice.

Lober, who scored three times last weekend in Rutland, ran for 1,812 yards and 30 touchdowns this fall. Petrie was a star on the outside for the Colonels, catching 10 passes for 115 yards and one TD during a regular-season contest against Lyndon.

Windsor’s Ben Gilbert, coming off of a 111-yard rushing performance in the Division 3 title tilt, will also be in the South’s backfield. Ben Serrantonio, who threw a couple of TD passes for Essex in the D-1 final, is one of the North’s quarterbacks.

Tickets are $10 for adults and $7 for students. All proceeds benefit the scholarship and grant programs of the Vermont Chapter of the National Football Foundation.

All 31 of the state’s high school football programs from all three divisions are represented on the rosters. Head coaches are Craig Sleeman of BFA Fairfax-Lamoille for the North and Fair Haven’s James Hill for the South.