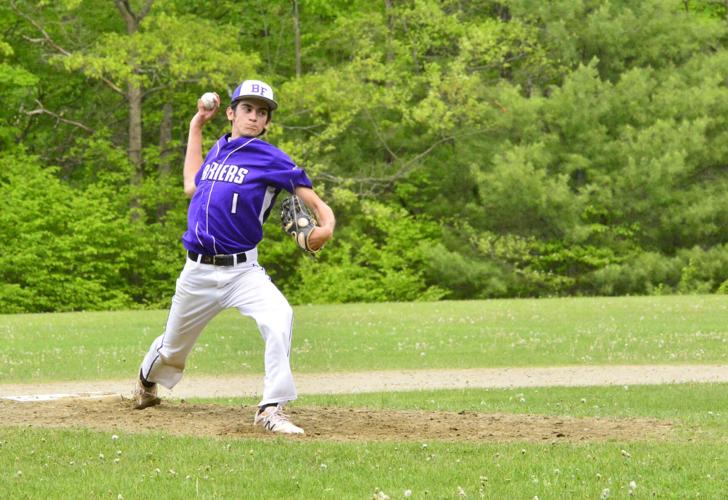 WESTMINSTER — Jack Cravinho has provided an answer to the 2001 question that Nelly asked anyone who would listen.

“What does it take to be number one?”

The Bellows Falls student, who simply picked out the baseball jersey with that digit when he was a freshman, received 346 votes from his fans in order to be No. 1 in the Sam’s Outdoor Outfitters and Brattleboro Reformer Athlete of the Week poll.

“He is a definition of a senior leader. He understands the game and what we need to do to be successful,” said BF varsity baseball coach Bob Lockerby. “He is always in the game and helping others to understand their role. He is possibly the best all-round player I have had the pleasure to coach.”

Cravinho was nominated after he struck out eight, walked one and scattered three hits as the Terriers nipped rival Springfield 3-2. On Monday, he showed off his strong arm three times from the shortstop position and also drove in a run.

1. A baseball player you look up to: Xander Bogaerts

3. Favorite thing about being on the BF baseball team: The team chemistry we have

6. Why you wear the No. 1 jersey: Picked it out my freshman year and just stuck with it

8. A baseball card you would like to have: Nolan Ryan

10. Most memorable outing: My first no-hitter