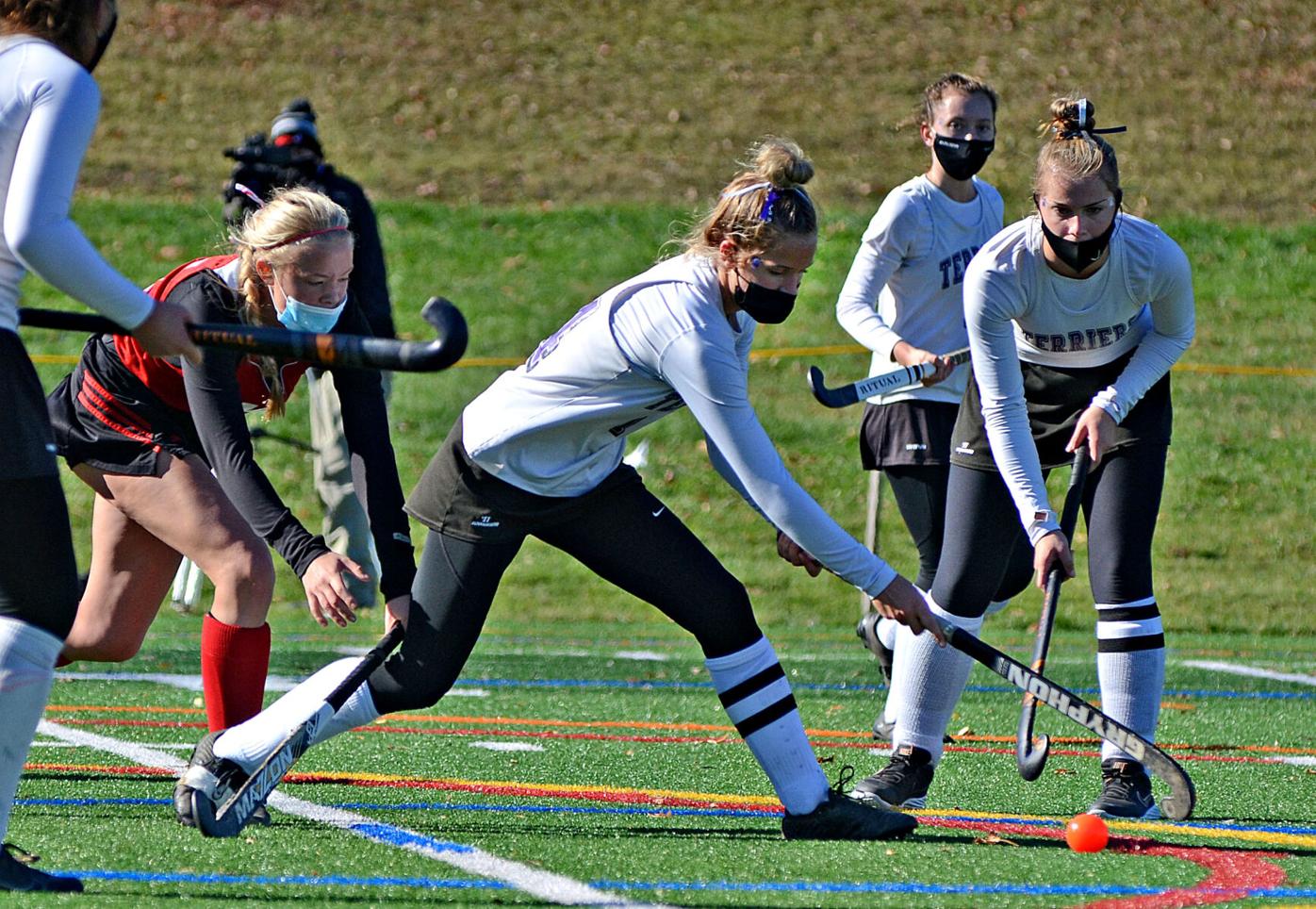 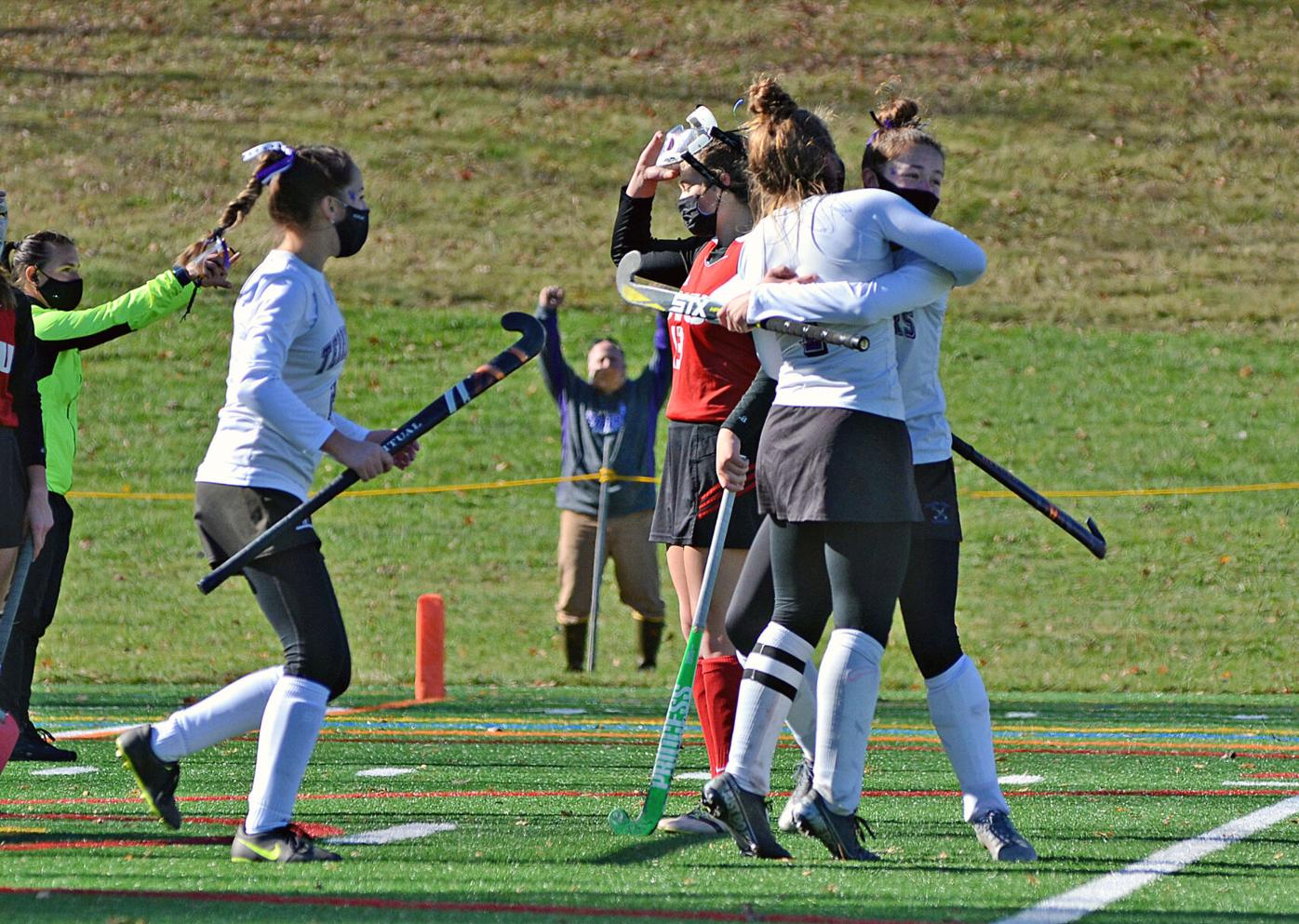 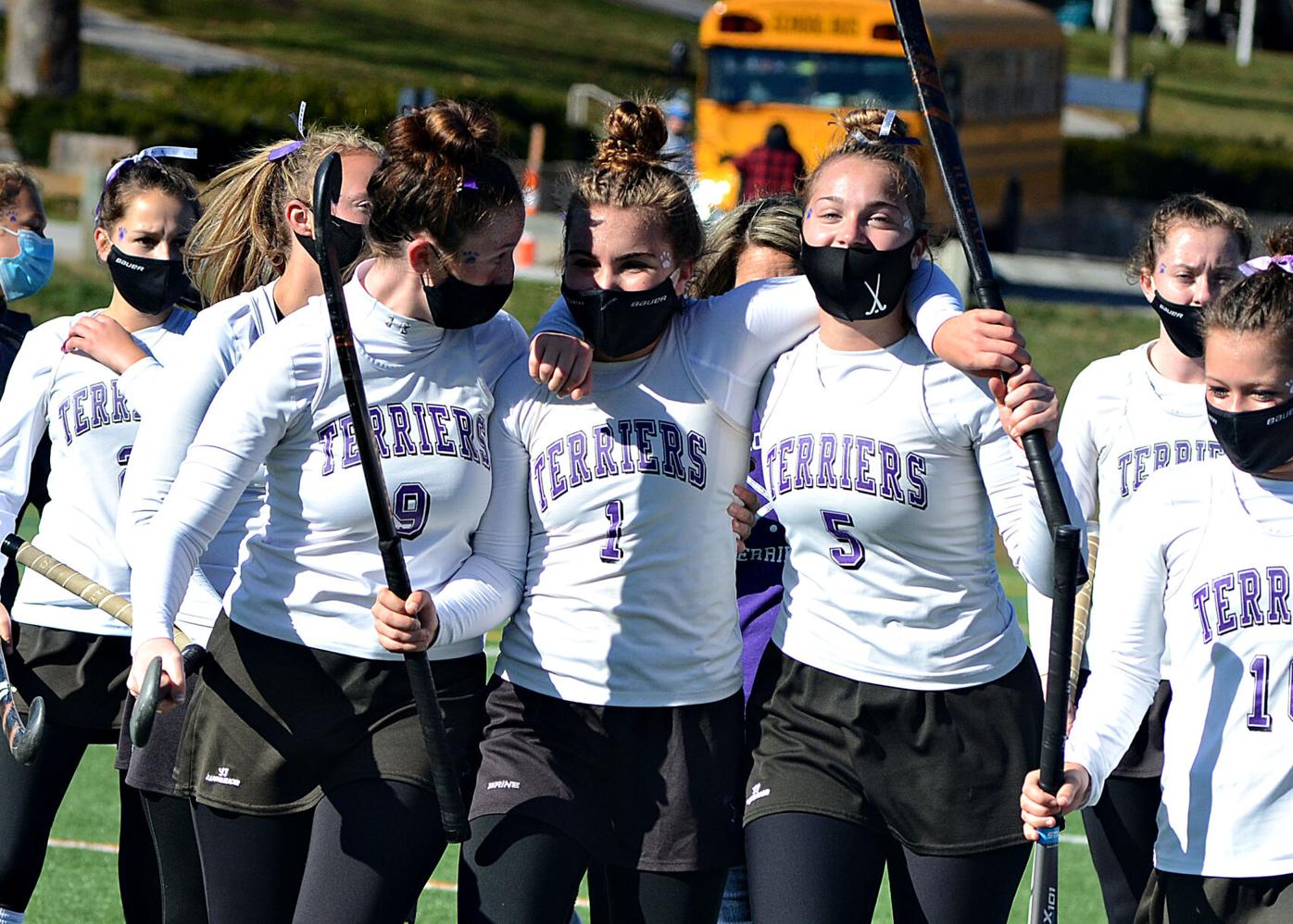 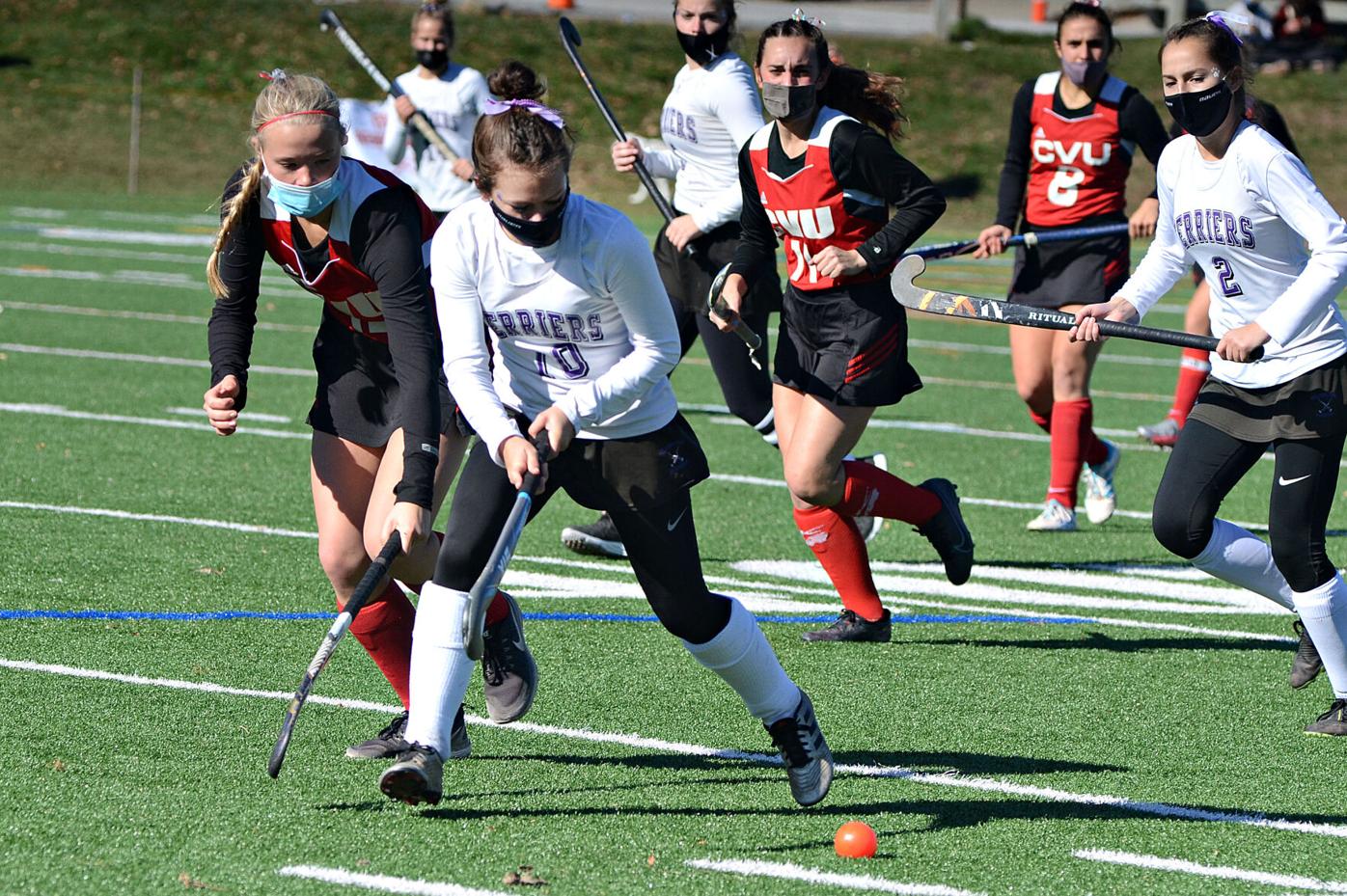 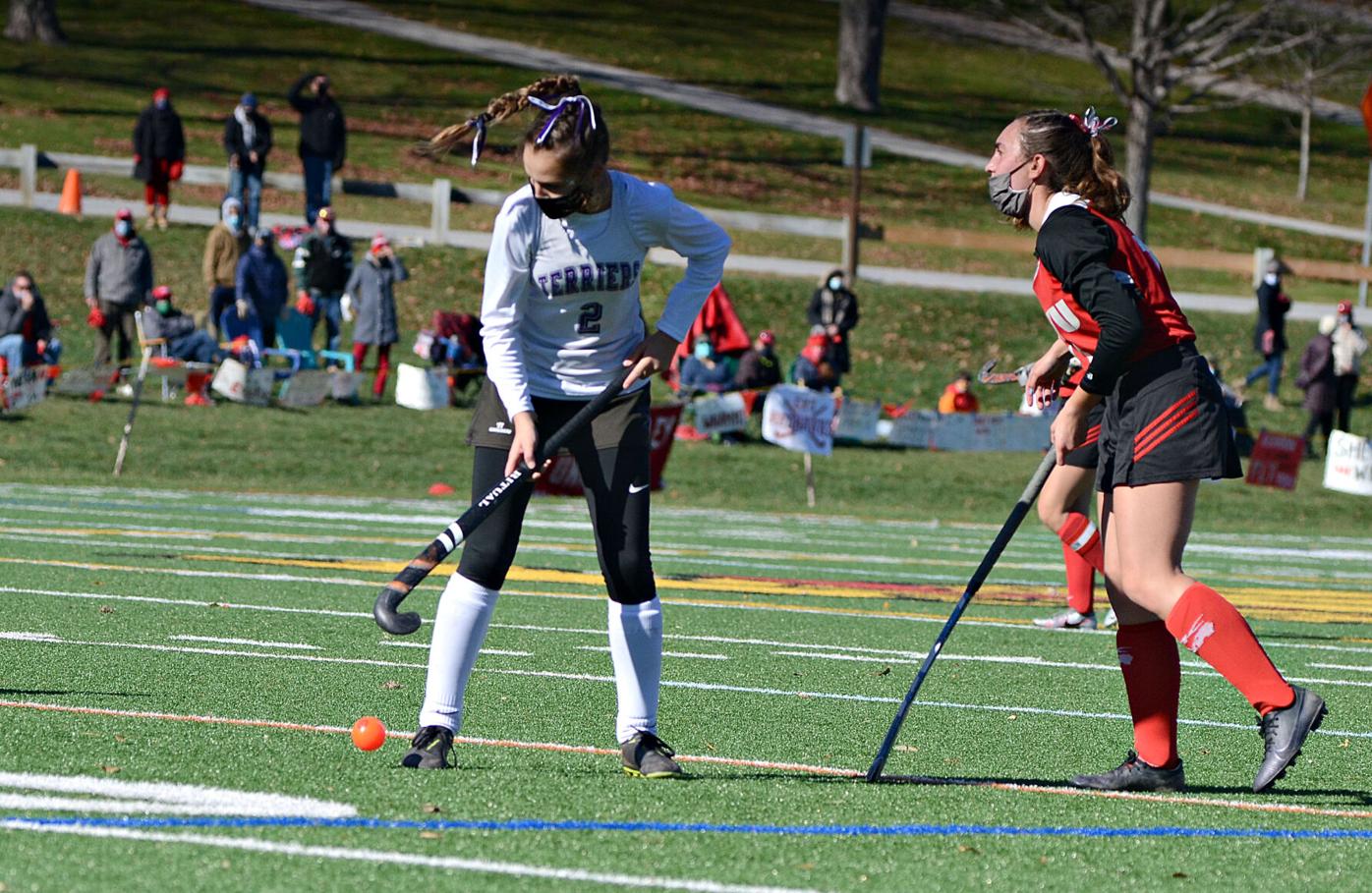 BRATTLEBORO — During a season that required fans to wear facial coverings, it was impossible to read their lips each time the Bellows Falls varsity field hockey team did the unthinkable.

The BF Backers were treated to a “holy smokes” rally against Hartford, a “wow” victory over Burr and Burton in overtime, and an “are you kidding me” moment against South Burlington during their perfect season.

“I think that what made this team so successful this season was that they never gave up,” said head coach Bethany Coursen. “These girls always found it within themselves to fight to the end.”

The Terriers recently found a way to win again, receiving 121 votes to earn Brattleboro Reformer Team of the Fall honors.

Junior Maya Waryas finished with a team-high 19 goals, including a game winner in OT and the play of the year — scoring with two ticks on the clock to eliminate South Burlington in a semifinal. She also set up Grace Bazin’s icebreaker in the championship game.

“Maya gets in there with her stick down, fights and fights, and is always in the right place at the right time,” Coursen explained.

“We came together as a family this season,” said Bazin after her team beat CVU 2-0 for all the marbles. “We’ve been practicing hard and we all really wanted it.”

Goalie Jaia Caron made 60 saves for the Terriers, who have reached six consecutive state finals. She also posted four shutouts.

2-1 over Burr and Burton