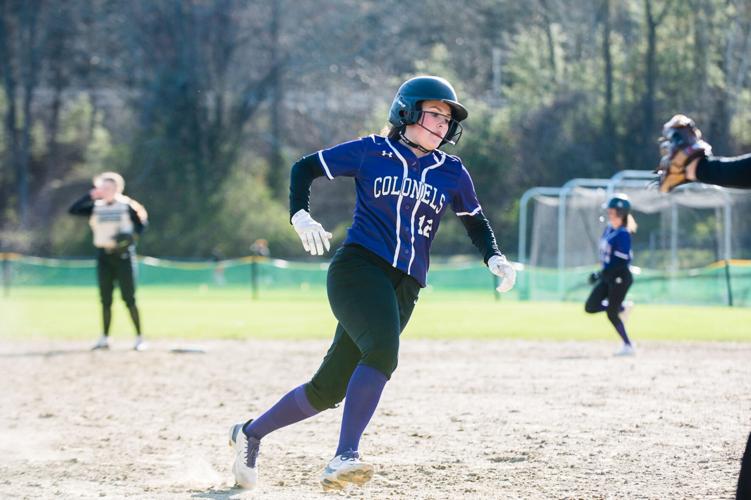 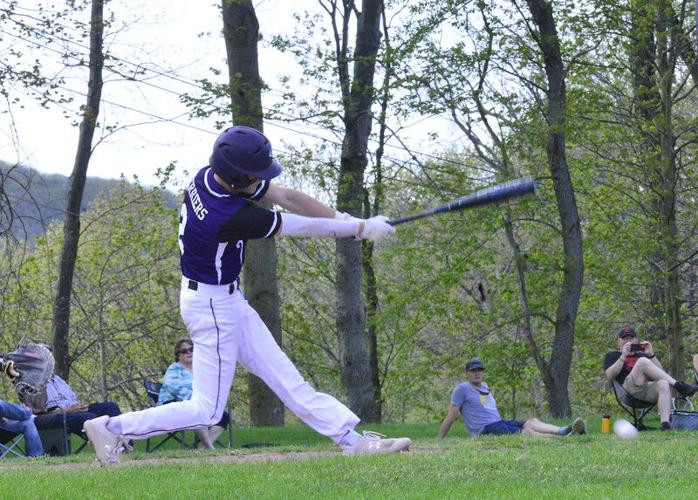 BRANDON — The Brattleboro varsity softball team cruised to a 12-3 victory over Otter Valley on Saturday.

Leah Madore, who struck out 14, picked up the win. She helped herself by belting a couple of doubles.

Aliza Speno went 4-for-4 and scored three runs to lead the purple and white’s attack. The Colonels opened up a 12-0 advantage before the hosts put up three runs in their final ups.

WESTMINSTER — Caden Haskell scored on a passed ball to give Bellows Falls a thrilling 5-4 win over Fair Haven in extra innings. It was the team’s 10th straight W.

Jack Cravinho and Jamison Nystrom each pitched four innings for the Terriers. Nystrom was the only player on either team to collect two hits.

In the Granite State on Friday, Brayden Eastman (8 Ks, 4 BB, 3 hits) went the distance as Hinsdale topped Portsmouth Christian 6-1. Aidan Davis went 3-for-4 and Dan Tetreault 1-for-3 with a couple of walks to lead the Pacers offensively.

Tetreault then had three doubles to help Hinsdale top Pittsfield 6-3 in Game 1 of Saturday’s doubleheader. Davis went 2-for-4, with a homer, and drove in three runs. Noah Pangelinan added two hits and a couple of RBI. Andrew Lindsell (5 Ks, 2 BB, 5 hits) pitched seven frames for the win.

“Nick Petronic had a great game. He worked hard to get open and receive the disc and then distributed short, accurate passes to his teammates. He had one goal and one assist,” said winning coach Joe Towle. “Andrew Tolbert had a great game on defense with 14 blocks.”

Jackson Fillion had a team-high three goals for the winners, while Abe Newton, Emma O’Brien, Warren Roberts and Tolbert all finished with two scores. Trevor Hazelton, Roberts and Fillion led the way with three assists each for the 5-2 Rebels.

Nathan Kim, Max Naylor, Will Taggard and Ty Smith all won a singles match for the purple and white. The BUHS duos of Jackson Heller-Elias Gradinger and Ben Berkson Harvey-Eben Wagner took care of business in doubles play.

“The shot of the day came in Will Taggard’s No. 4 singles match. Being up 6-0, and 5-0 in the second set, Taggard’s opponent hit a great lob over Will. But Will, using his athleticism and newfound shot, hit a “tweener” where while running away from the net, hit a shot between his legs. The crowd went wild,” explained winning coach Ben Brewer.

“It was a long time coming. While we say that it’s not about the outcome, the wins or losses, but just about competing as well as we can, this is a feeling that we haven’t had in a long time, and it’s a good feeling. It means a lot, it is important, it validates the effort that this team has put into working hard and improving on a daily basis, and we wanted it bad. I’m happy for these players,” stated BUHS coach Chris Sawyer.

POULTNEY — Poultney rallied in the seventh inning to edge Bellows Falls 12-11. Aliyah Farmer and Hailee Henslee each had a couple of hits for the Terriers, while pitcher Izzy Stoodley fanned 10.

Melodie Gilbert and Tilly Farwell each won a couple of events for the BAMS girls. BF’s Desi Broadley prevailed in the 100 hurdles and the 200, while area athletes Olivia Hallock (discus), Juliette Pals (high jump) and Miriam Patton (800) also tasted victory.