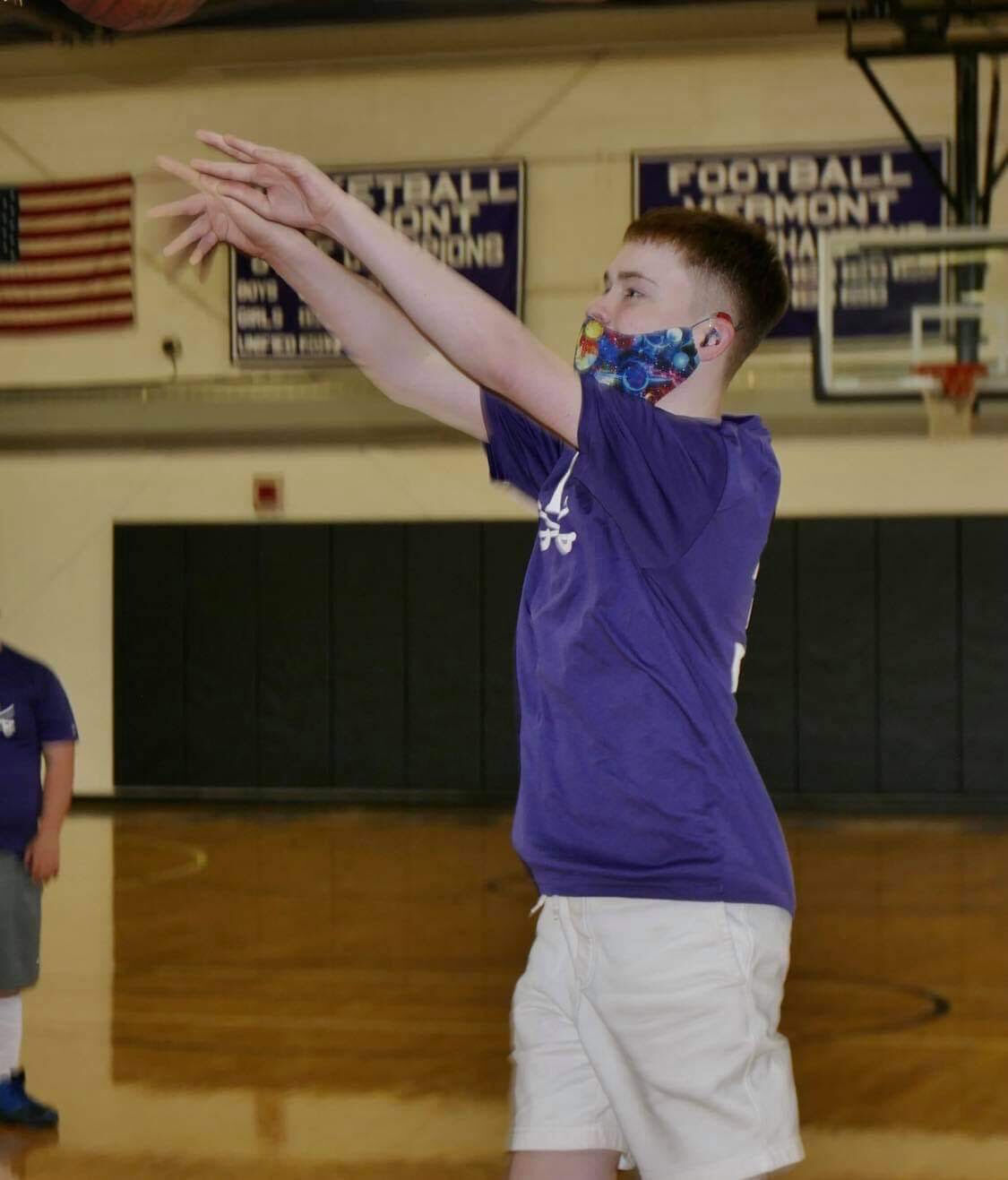 Brattleboro's Bobby Petrie gets a shot off. 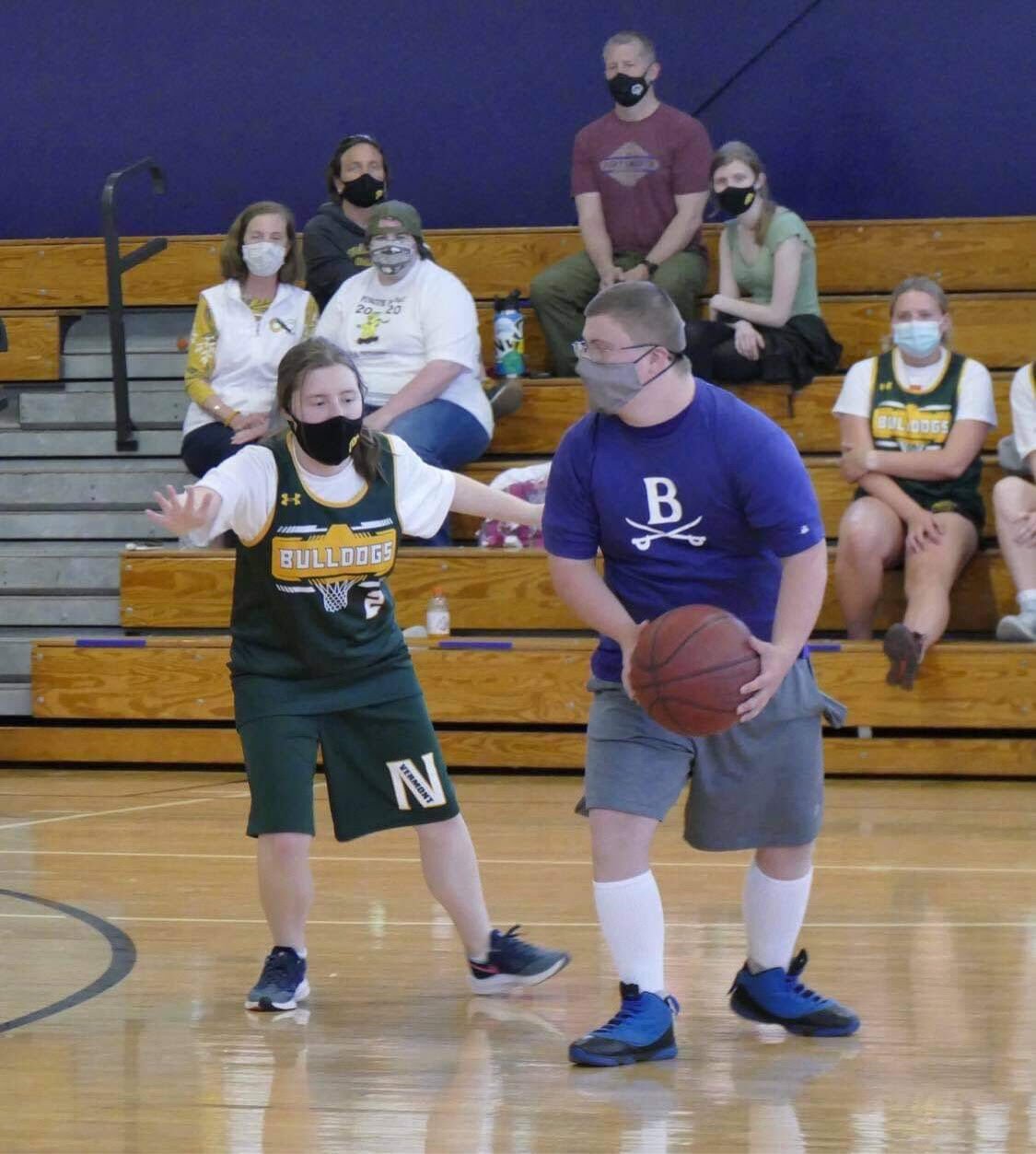 Brattleboro’s Tyler Bolduc runs the show during Monday’s scrimmage against Burr and Burton. 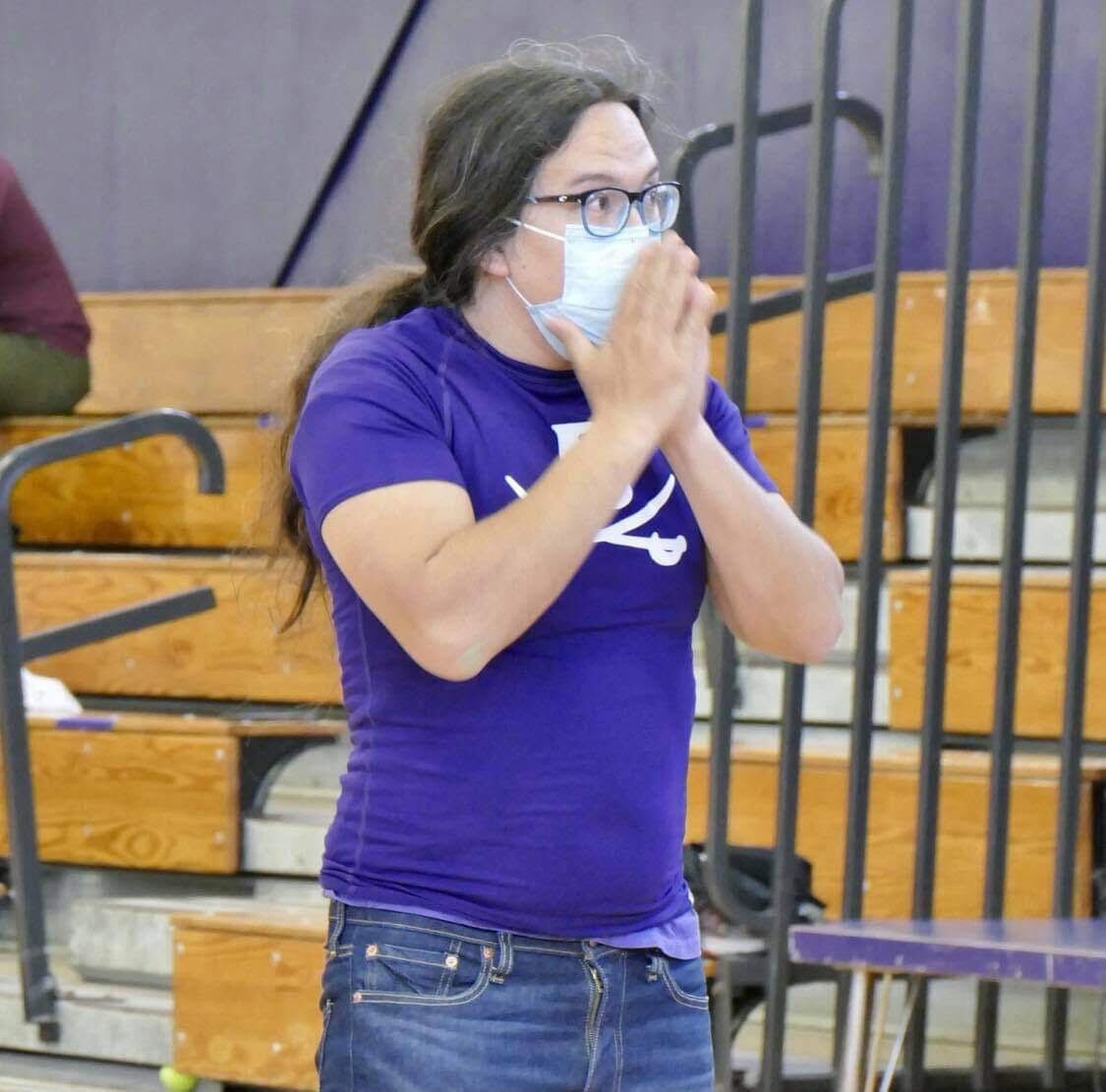 Brattleboro's Bobby Petrie gets a shot off.

Brattleboro’s Tyler Bolduc runs the show during Monday’s scrimmage against Burr and Burton.

BRATTLEBORO — The Brattleboro Unified basketball team scrimmaged against Burr and Burton on Monday.

“For some, this was their first ever Unified game since we have not played since 2019. I am so proud of the effort of everyone — we learned and improved a lot with limited practices before the game. We didn’t even think we were going to have a season a month ago, and to come out and execute our plays was very impressive given the short time frame,” said Brattleboro coach Tyler Boone. “I’m also impressed with the sportsmanship our athletes showed, supporting not only their teammates but congratulating BBA players when they made plays.”

Tyler Bolduc played solid defense for the Colonels and drained two shots from downtown in the first minute of the contest. Nearly every player scored points for Brattleboro.

BRATTLEBORO — The Colonels were denied by rival Mount Anthony Union 3-0 on Tuesday at Sawyer Field.

“Leah pitched a good game against a very good MAU team,” said BUHS coach Kelly Markol. “Defensively, we did a nice job today. We did make one error, but the kids really made some nice plays.”

Taylin Bauer, Brenna Beebe and Greta Neddenriep each had one hit for the hosts.

Brenna Beebe did a nice job in center field, according to Markol.

The Colonels (5-4) followed that up with a 7-3 victory over Rutland. Madore, who fanned five and scattered six hits, earned the win in the circle.

Also on Thursday, Grace Wilkinson had three hits including a pair of triples, drove in four runs and crossed the plate four times as Bellows Falls topped Mill River 19-7. Abby Joslyn and Taryn Darrell each had two hits and combined for seven RBI. Alyssa Leonard (4 Ks, 6 BB, 6 hits) picked up the win.

Hinsdale topped Wilton 10-7 on Monday. Angelina Nardolillo went the distance inside the circle for the victory. She helped herself with three hits and one run driven in. Brooke Pagach contributed with a three-run double.

WESTMINSTER — The Bellows Falls girls and boys track teams each finished second behind Saint Johnsbury during a five-school meet on Tuesday.

Owen LaRoss won the shot put and discus to power the BF boys. Harrison Gleim added a victory in the high jump.

Stephanie Ager (1500) and Breanna Stockman (javelin) struck gold for the Bellows Falls girls. The foursome of Grace Bazin, Ashlynn Boucher, Ava LaRoss and Maya Waryas prevailed in the 4x100 relay for the Terriers.

“Getting morale and momentum wins against Hartford and MAU definitely helped our confidence leading into this match,” said Brattleboro coach Ben Brewer. “Finally having a full, healthy lineup, we went out and showed what the Brattleboro boys are capable of.”

Nathan Kim, Foard and Smith all won a singles match for the 7-4 Colonels, with Smith’s 10-4 tiebreaker victory being the difference on the day. At first doubles, Will Taggard and Leo Bodett teamed up for a 6-3, 7-6 (7-2) win.

TOWNSHEND — Leland & Gray defeated Bellows Falls 15-9 on Monday. There were 12 seconds of silence prior to the game to honor Leland & Gray student Dylan Landers, who had worn that number for the school’s varsity baseball team before he died as the result of a car crash that took place on May 13.

On Thursday, the Rebels downed Long Trail 14-6. Towle (4 goals and 4 assists) was honored on the Senior Day along with Landon Beach (2 goals) and Cannella. Parker-Jennings added two goals and three assists and Warren Roberts chipped in with two assists, while Andrew Tolbert was the team’s defensive standout.

WESTMINSTER — Bellows Falls annihilated Mill River 11-1 on Thursday. Grady Lockerby (7 Ks, 3 BB, 2 hits) picked up the win and helped himself by going 2-for-4 with two RBI. Dominic Kendall also had two hits for the winners, including a double.