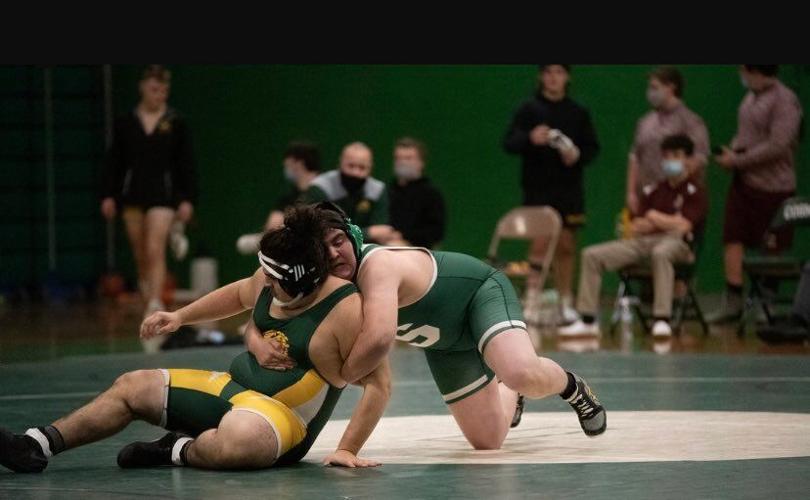 Trenton Rumrill, right, controls his opponent on the mat. 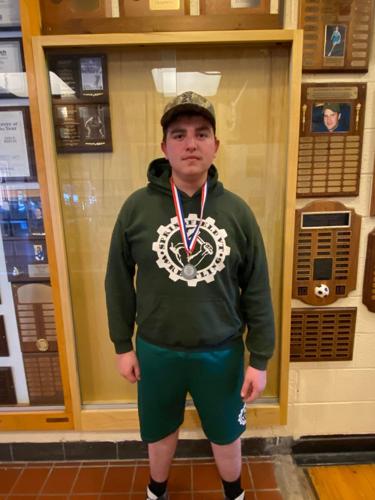 Trenton Rumrill, right, controls his opponent on the mat.

Trenton Rumrill, whose favorite wrestler is Ric Flair, recently body slammed his competition to earn Sam’s Outdoor Outfitters and Brattleboro Reformer Athlete of the Week honors. He received 92 percent of the votes.

“He is only 220 pounds but is wrestling in the heavyweight division,” said Nina Kendall, whose son is a Bellows Falls student who competes for the Springfield team on the mat.

Rumrill was nominated after he pinned Middlebury’s Berkley McDerment and Lebanon’s Keegan Fredette in consecutive matches.

3. Something people should know about you?: That I never give up.

6. What is it like in the heavyweight division?: It’s tough being one of the lightest kids.