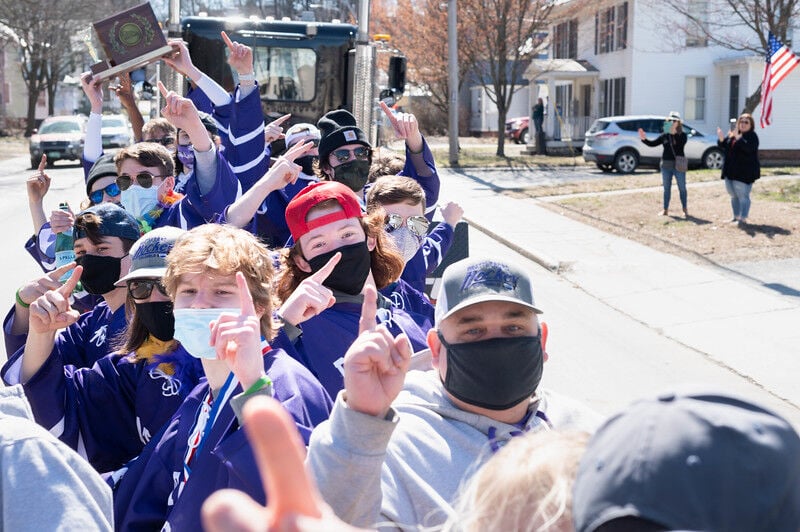 The BUHS boys hockey team celebrated its Division 2 championship with a victory parade in Brattleboro on March 27. The team rode on a flatbed truck driven by former Colonel hockey player, Chris Bell, and was escorted through town by Brattleboro Fire, Police and Rescue. Fans cheered them on throughout the route which went from the school to the Common and back. 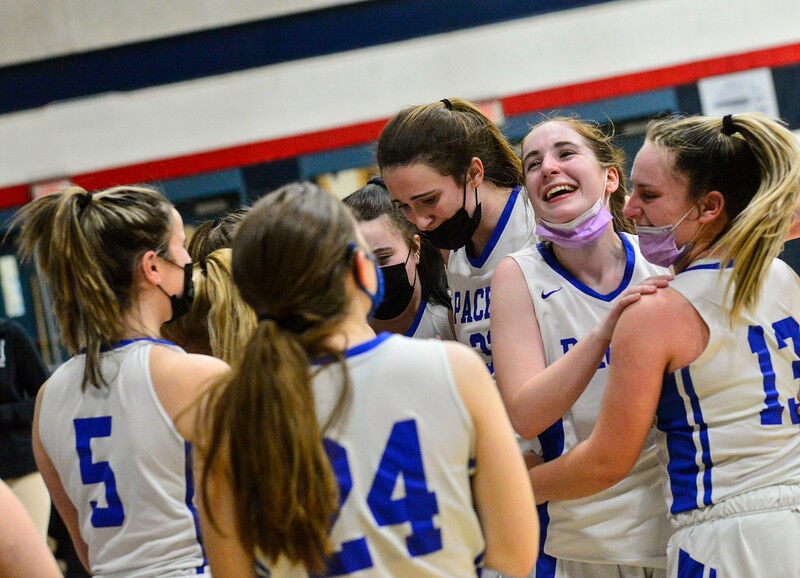 The Lady Pacers celebrate in Plymouth, N.H. after beating Colebrook 63-51 in the Division 4 girls basketball state championship game on March 14. 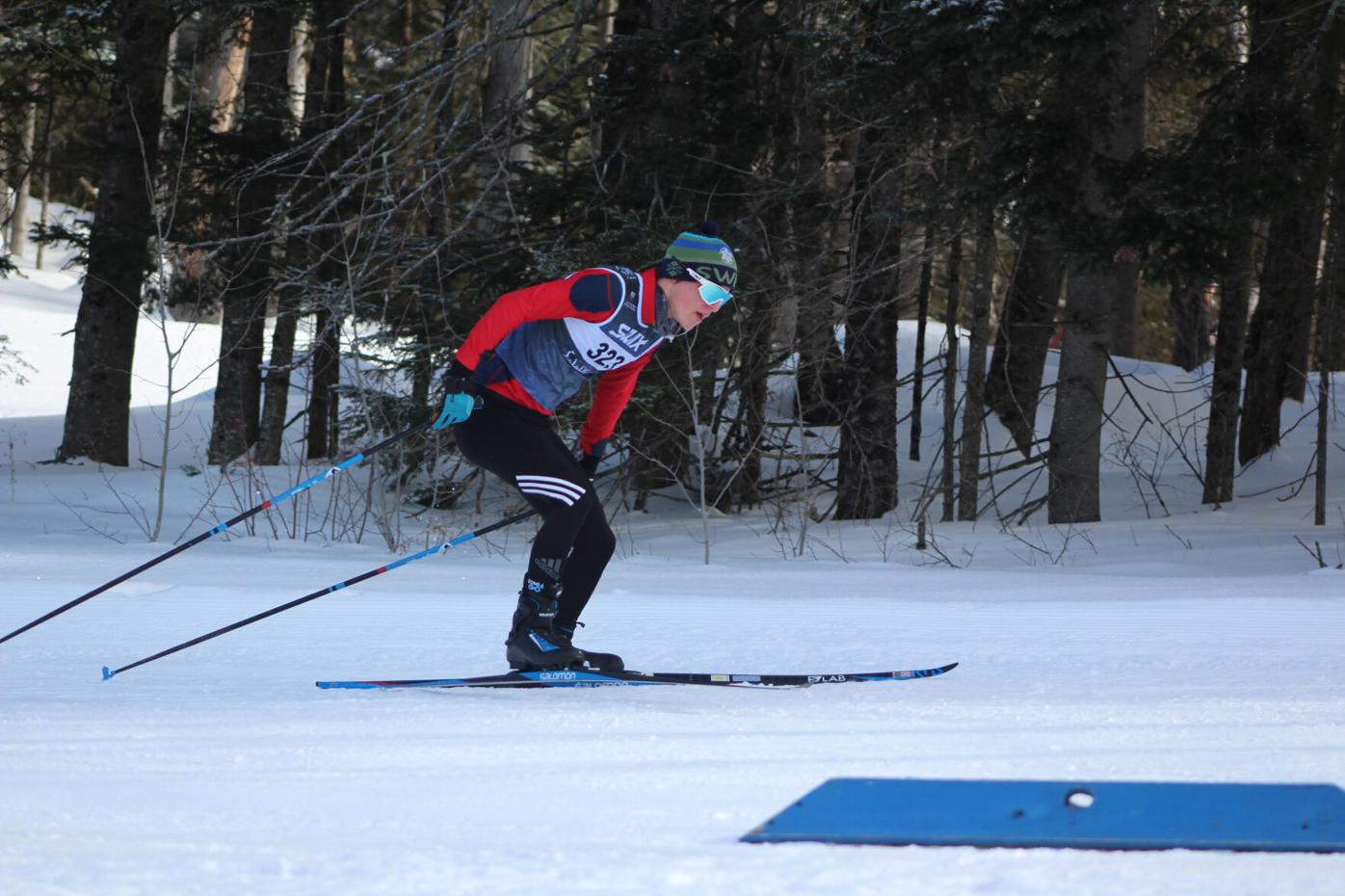 The BUHS boys hockey team celebrated its Division 2 championship with a victory parade in Brattleboro on March 27. The team rode on a flatbed truck driven by former Colonel hockey player, Chris Bell, and was escorted through town by Brattleboro Fire, Police and Rescue. Fans cheered them on throughout the route which went from the school to the Common and back.

The Lady Pacers celebrate in Plymouth, N.H. after beating Colebrook 63-51 in the Division 4 girls basketball state championship game on March 14.

BRATTLEBORO — Fifty days after Punxsutawney Phil called for six more weeks of winter, Audrina Libardoni made a forecast of her own.

It was the program’s first title since 1939, when “Bud” Fraser powered B.H.S. to a perfect season.

Gavin Howard (15 goals and 13 assists), Jack Pattison (18 goals and 10 assists), and Will Taggard (9 goals and 19 assists) were the offensive leaders for the 2020-21 champs. Third-string goalie Matthew Gordon-Macey will be remembered for his clutch play between the pipes in the finale.

“Congratulations fellas I love you all!” former teammate Anthony Palomba posted on the Colonels’ Facebook page just after the celebration took place on the ice in Barre.

They were the second area powerhouse to hug it out during the winter season.

With their proud backers looking on from the stands at Plymouth High School, the Hinsdale varsity girls basketball players embraced after besting Colebrook for all the marbles. It was the third crown in eight years for head coach Terry Bonnette.

“The girls set their sights on a state championship right from the start,” said Bonnette. “After getting to the Final Four last year and getting Angelina (Nardolillo) back this year, they felt it was their year.”

Nardolillo, who had returned to Hinsdale after playing for Northfield Mount Hermon as a junior, averaged 20 points, 15 rebounds and five blocks per game as the team’s starting center. Delaney Wilcox (14 points, 4 steals per game) and Megan Roberts (8 points, 8 rebounds per game) were the other major contributors.

“This was a total team effort,” noted the Hinsdale coach. “Olivia (Pangelinan) hit some big shots for us and played very good defense, including rebounding as an undersized guard down low. Kleay Steever was our defensive specialist and our one-person press. Our sixth player is Audrey Martin, who came off the bench and made some big plays for us. Our bench also played a key role in the team’s success. They pushed each other in practice and played their role when called upon.”

After it was decided that no fans would be allowed at Vermont games all winter, supporters were glued to the live-streamed opener at Brattleboro Union High School. Trailing by 21 points early in the second half, Bellows Falls battled back to upset the host Colonels 62-59.

“I just kind of went with the flow,” mentioned BF junior Jon Terry, who had prepared for the season by shooting at the Rockingham Rec’s outdoor court on freezing nights. “I knew that we had to make some shots.”

Terry (13 points) was one of four to finish in double figures for “the Cardiac Kids.” Owen LaRoss, Jamison Nystrom and Jackson Goodell were the others.

Luke Rizio won his first two Nordic races this season, prevailing at Prospect Mountain in the season opener and then earning gold at Brattleboro Outing Club.

The Twin Valley skier went on to place second at the state meet, as he was the runner-up at Craftsbury Outdoor Center in both the skate and classic disciplines.

With COVID-19 concerns keeping parents out of gyms, the Leland & Gray varsity boys basketball team honored its 12th graders with a ceremony outside of the school. Tammy Claussen did the announcing, calling seniors Marcus Pratt, Trevor Plimpton, Owen Woodard, Matt Emerson, Liam Towle and Kristian Pierson up one-by-one for a photo session with their family members.

Bellows Falls student Emma Graham completed her generous senior project, riding 500 miles on a stationary bike and raising $1,430 for Stop Soldier Suicide. A soccer captain for the Terriers in the fall, she began logging her bicycle miles in December 2020 while on a mission to help provide the mental support and personalized care that our veterans need.