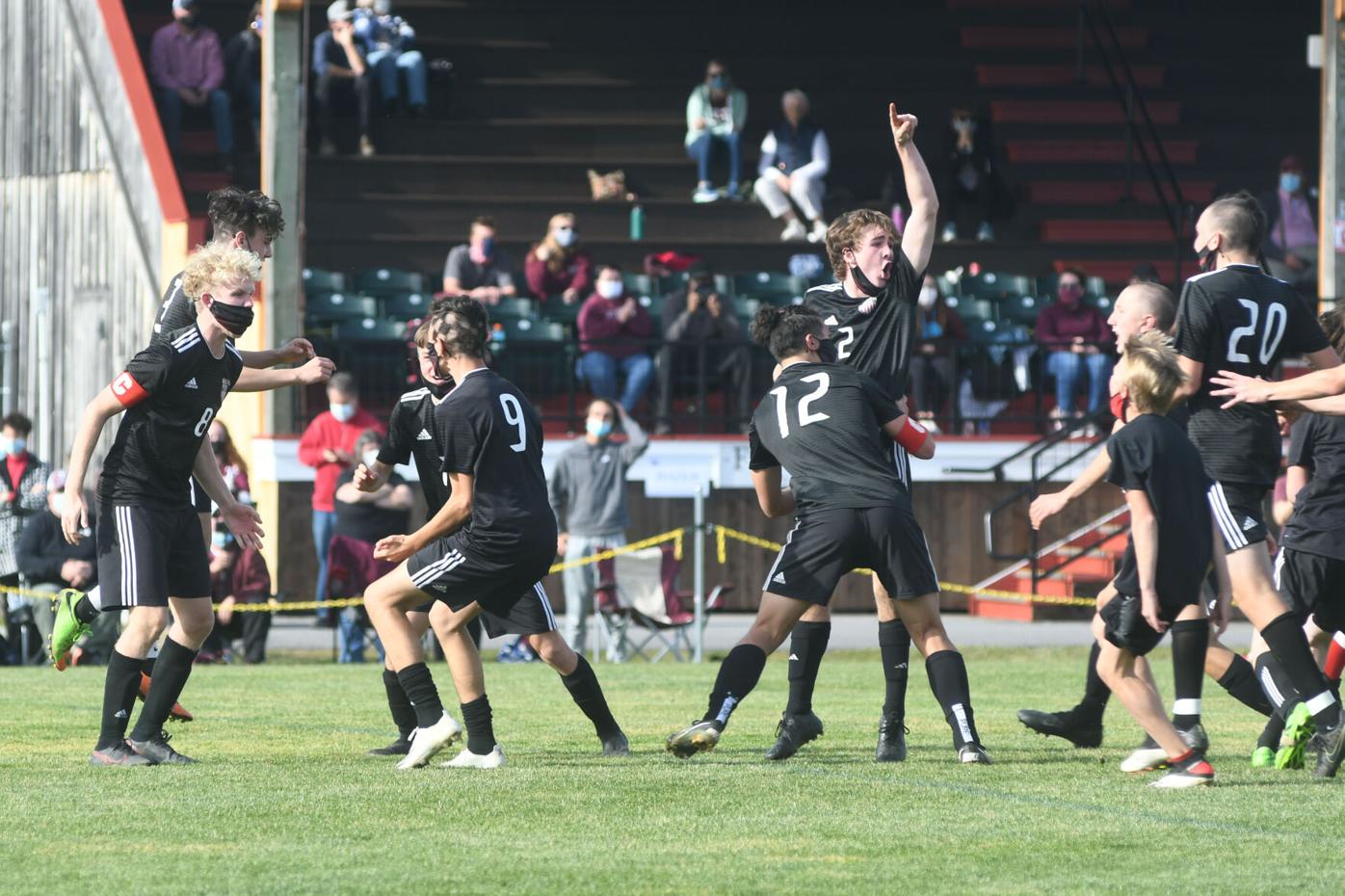 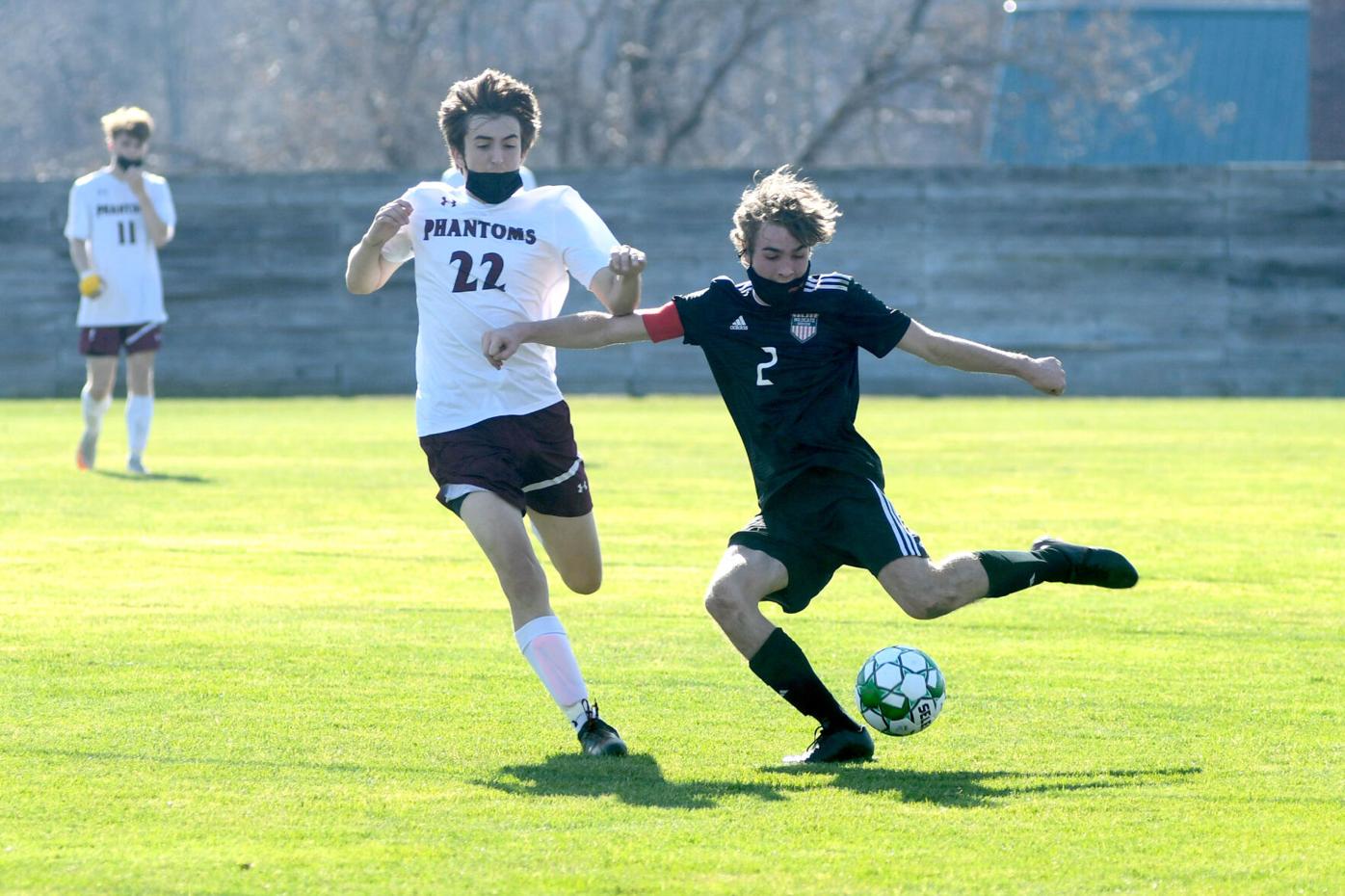 Proctor’s Conner McKearin and Twin Valley’s Colin McHale battle for possession in the first half of the Vermont Principal’s Association Boys’ Division 4 Soccer Championship at Applejack Stadium in Manchester on Saturday. 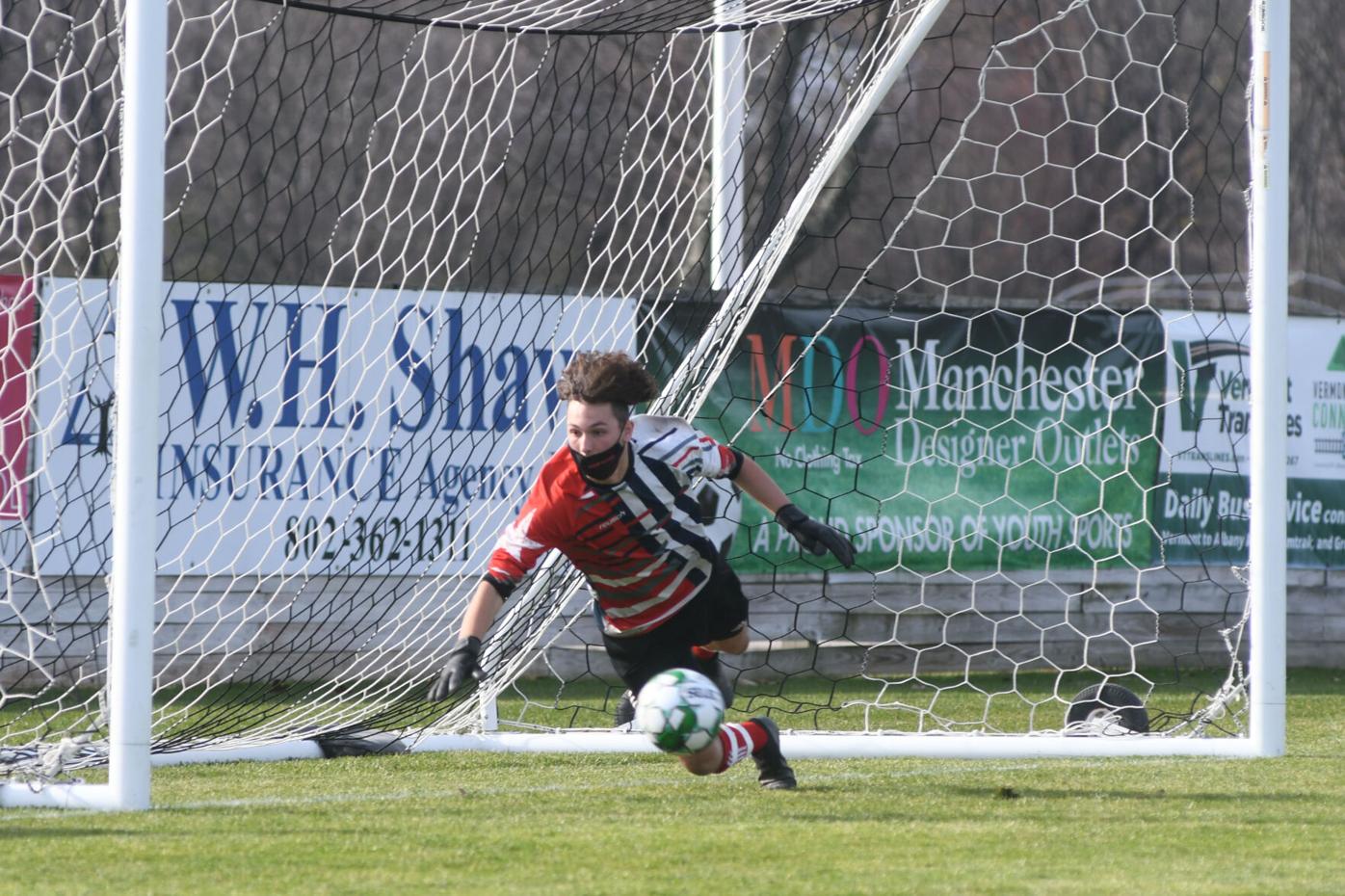 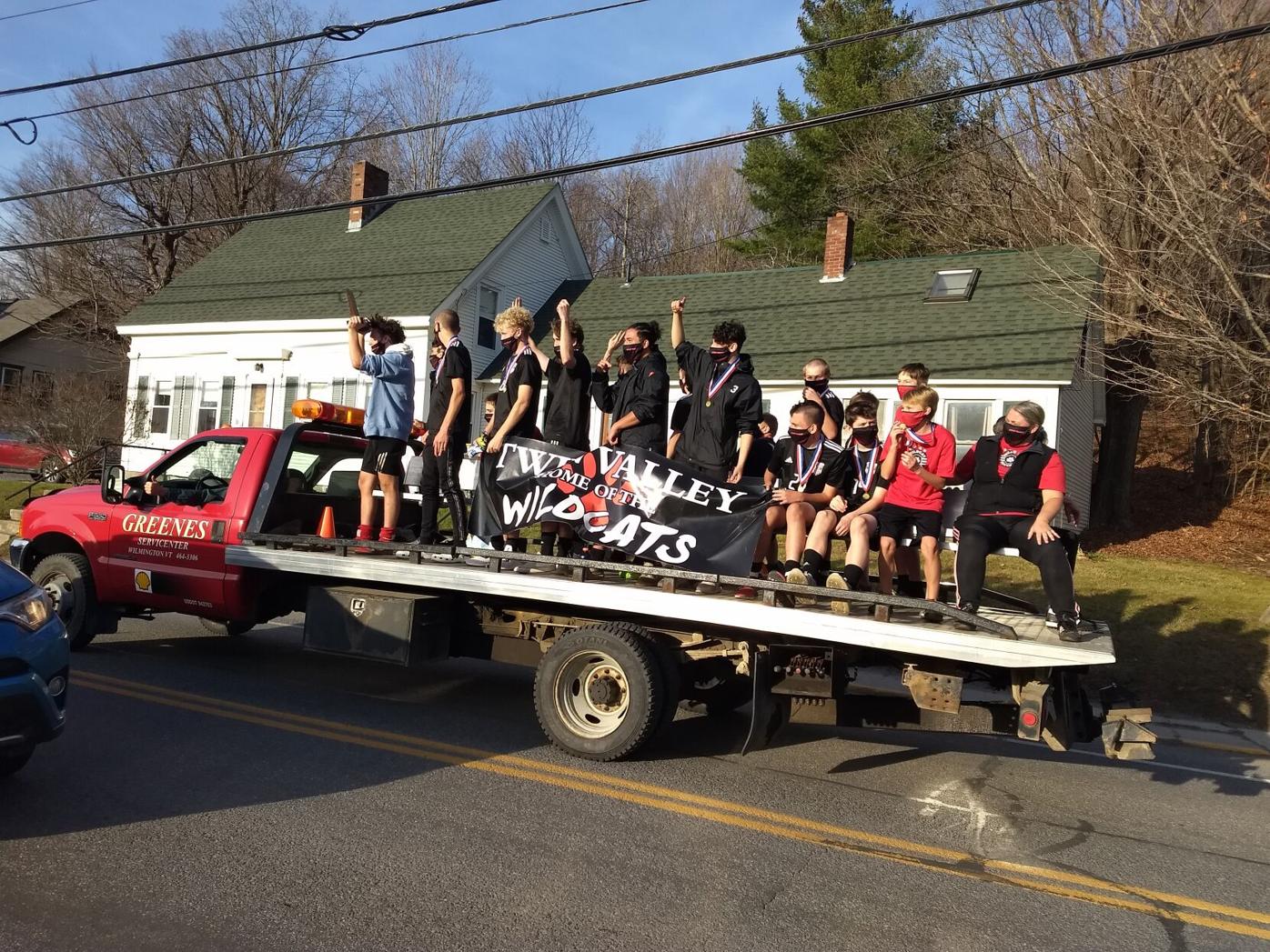 Proctor’s Conner McKearin and Twin Valley’s Colin McHale battle for possession in the first half of the Vermont Principal’s Association Boys’ Division 4 Soccer Championship at Applejack Stadium in Manchester on Saturday.

MANCHESTER — Around lunchtime on Saturday, Joe Biden and Buddy Hayford were each smiling.

The former vice president had reached 270 electoral votes and the Twin Valley varsity boys soccer coach was celebrating a thrilling victory over Proctor in the Division 4 state championship game.

Colin McHale, Luke Rizio, Aaron Soskin, Izaak Park and Finn Fisher all scored during a shootout to give the top-seeded Wildcats a 1-1 (5-3) win on Applejack Field.

“It means everything to win this game as a senior,” said Park. “Not many people get to end their last season as a champion.”

McHale scored the 69th goal of his varsity career, on a free kick, to give the Wildcats a 1-0 lead with 11:51 remaining before the break. But Joel Denton got the equalizer for the third-seeded Phantoms midway through the second half.

Following a couple of 15-minute overtimes, the teams went to the shootout deadlocked at 1-1.

“There was a little pressure,” Park stated. “There was no way that the soccer Gods were going to let us lose.”

Twin Valley keeper Liam Wendell, who made a handful of saves during regulation, never had to touch the ball during the PK session. Conner McKearin, Bryson Bourne and Denton all found the back of the net for the Phantoms, but Brennon Crossmon pushed his shot wide.

“We are the champions” was then heard flowing through the speakers.

Aidin Joyce, who had scored the game-winner for the Wildcats in a semifinal, took one of his team’s five shots in the first 80 minutes.

Park was solid in the back end as usual — intercepting a crossing pass, blowing up a Proctor run along the right side, and heading out a free kick. He also went upstairs to give his team a 4-2 advantage in the shootout.

Fisher then beat Proctor goalie Ian French from 12 yards away to end it.

The Wildcats, who also won it all last season, finished the season with a 10-1 record.