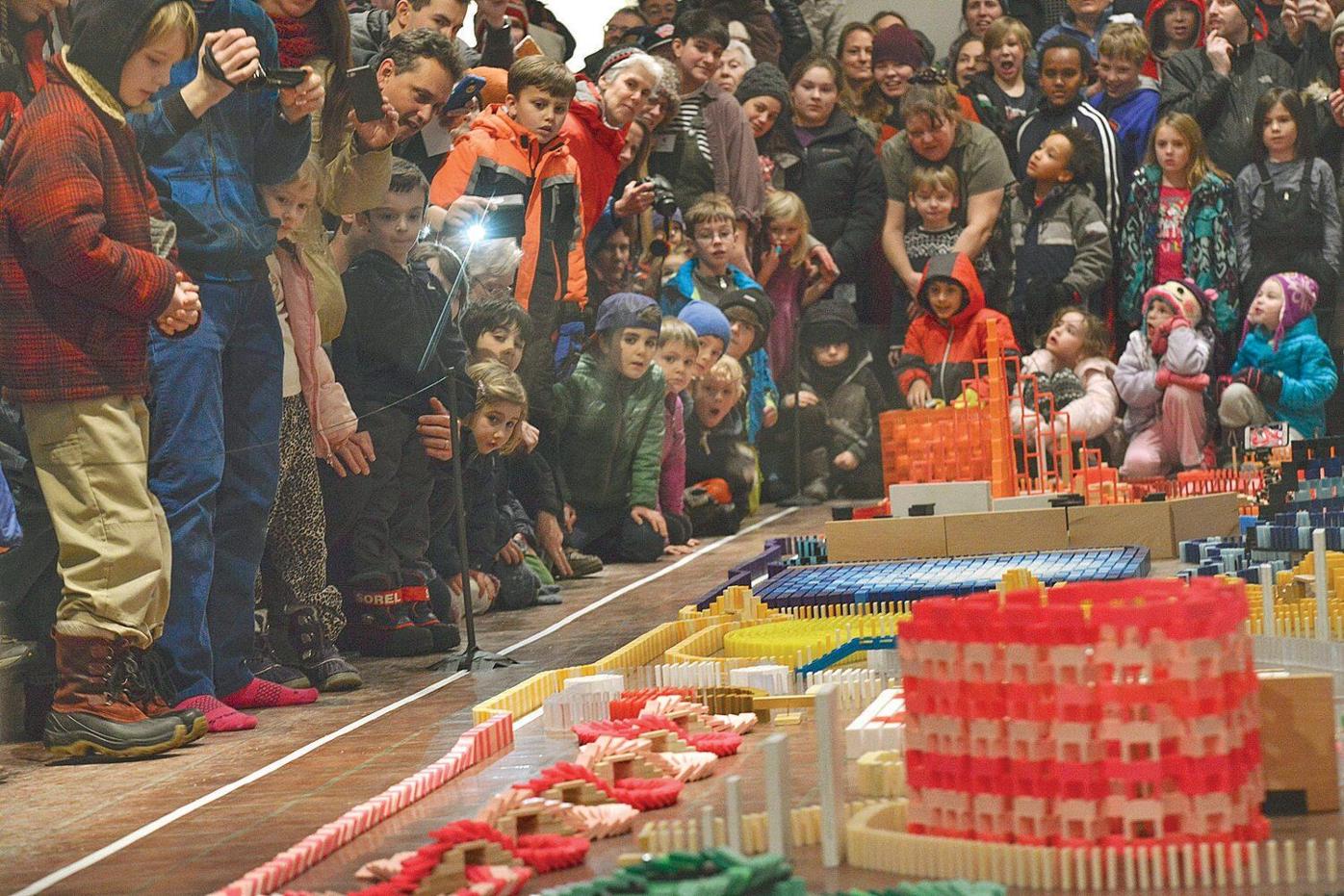 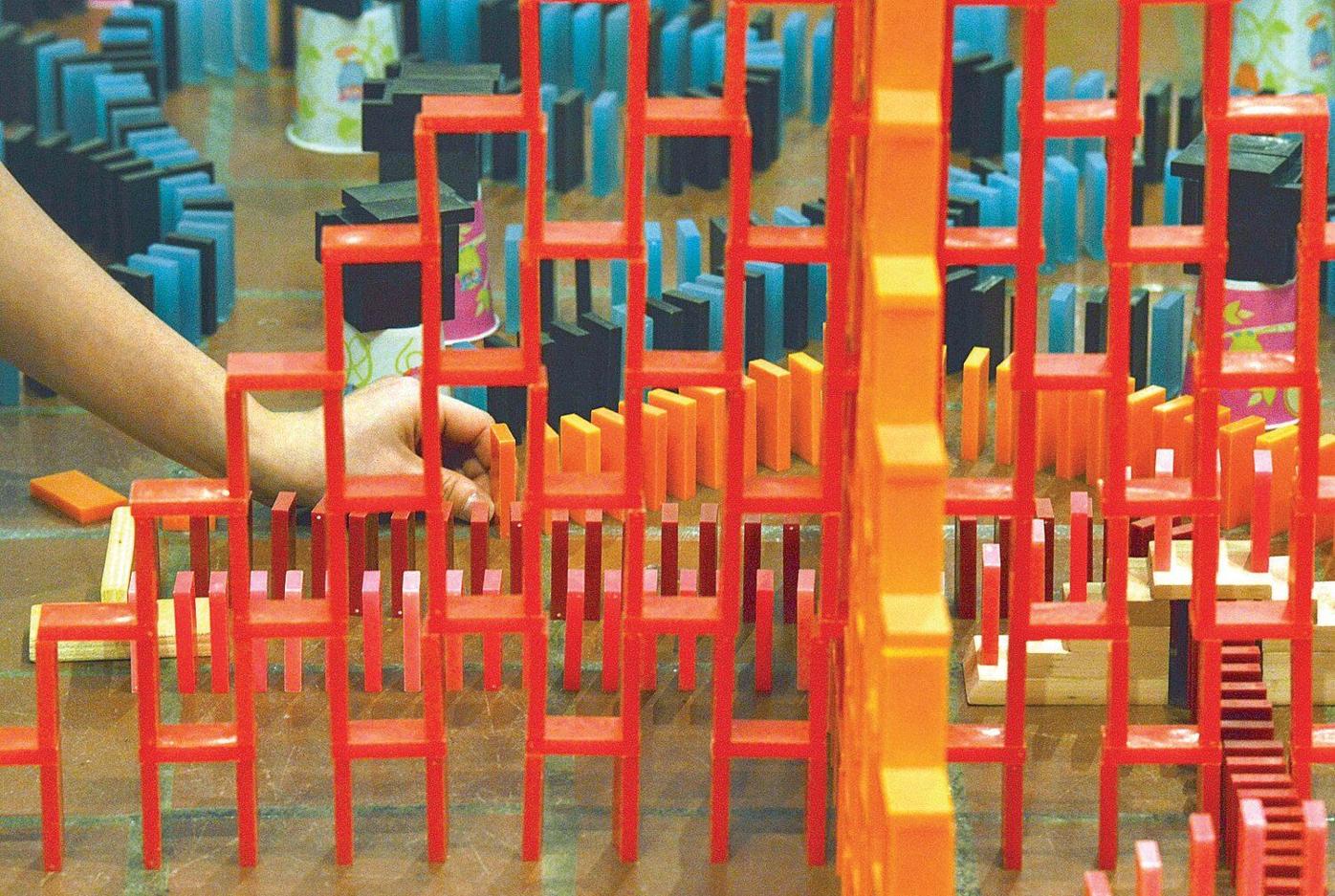 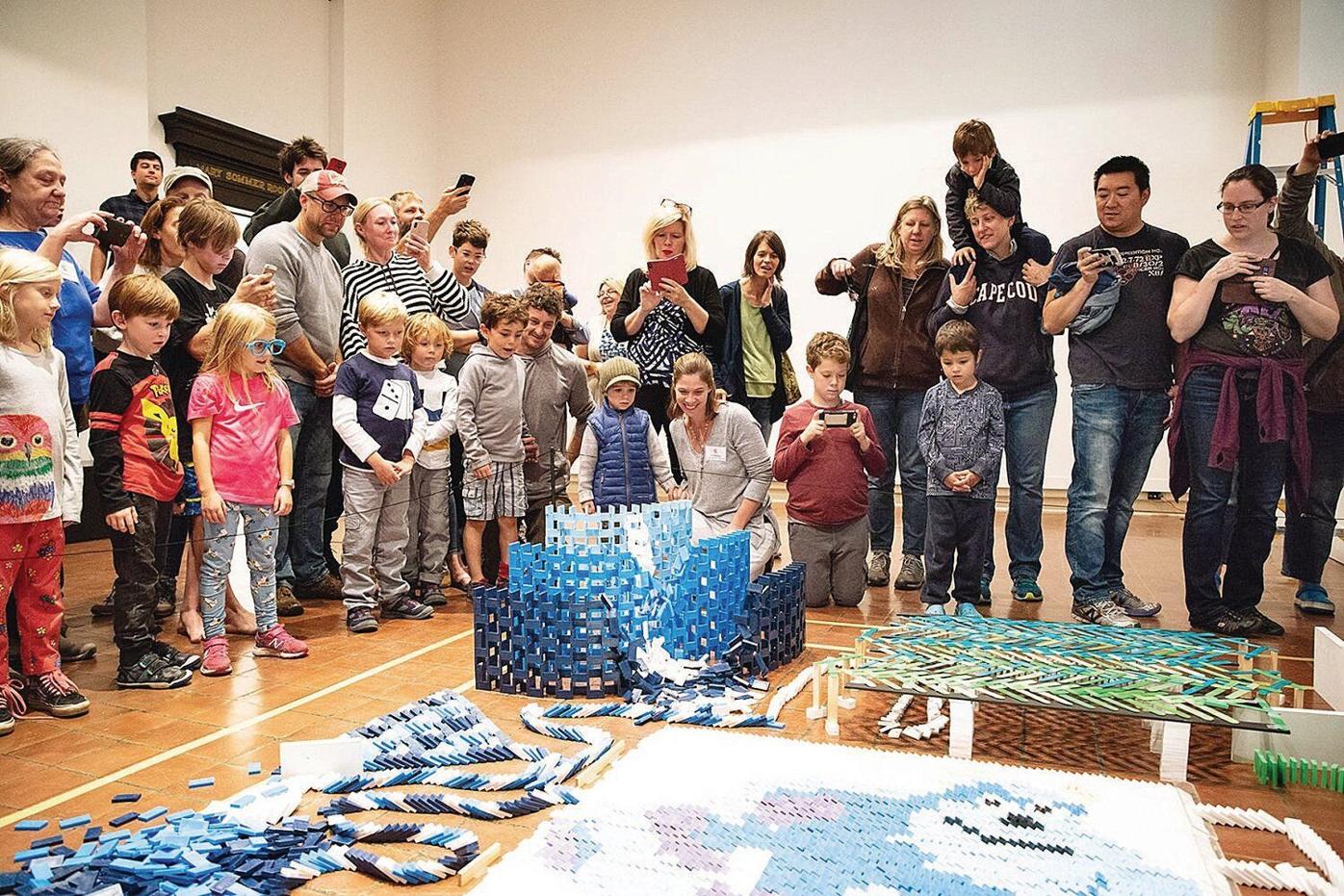 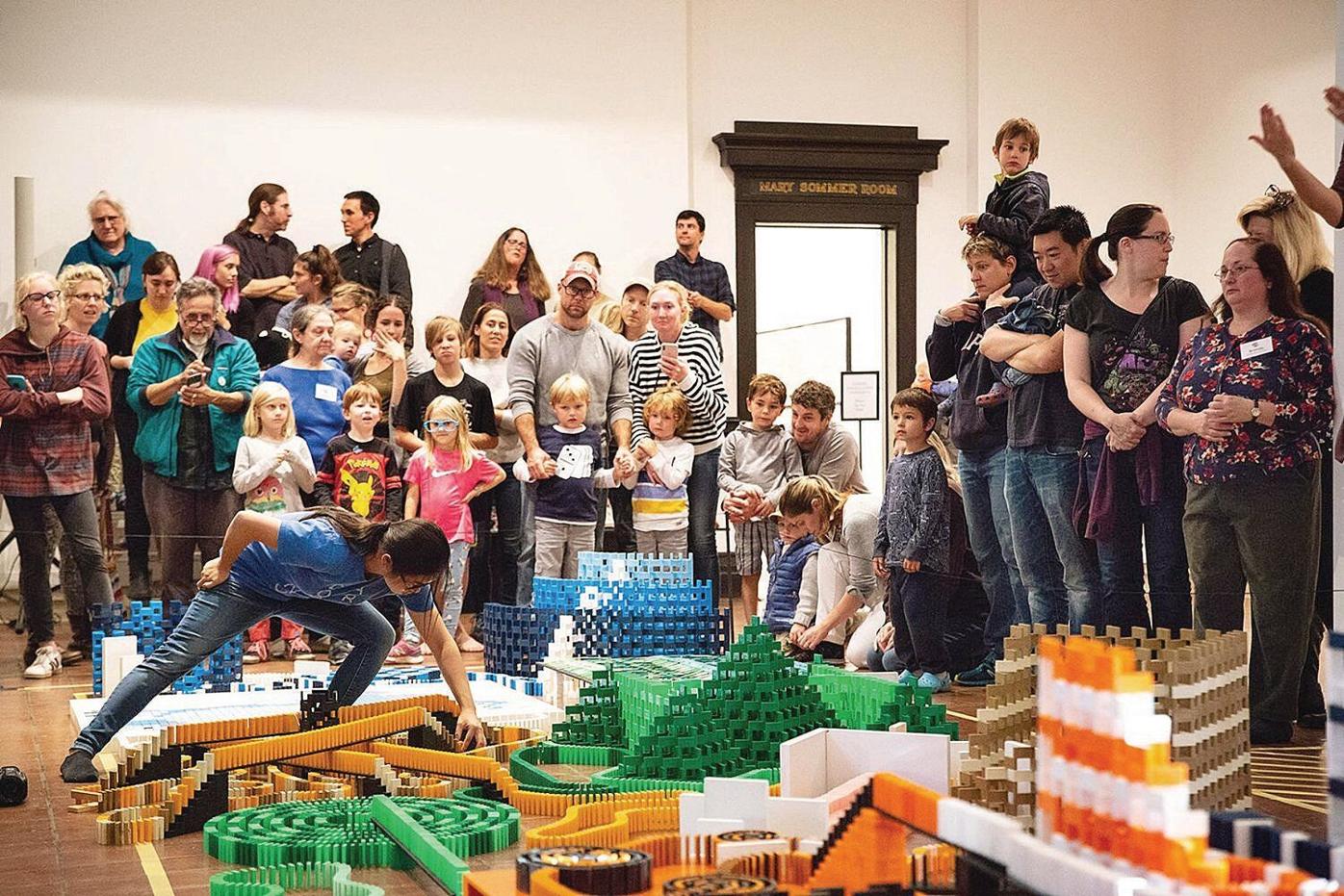 BRATTLEBORO — There is something weirdly satisfying about watching thousands of falling dominoes swish, clink, and wind this way and that in a chain reaction.

Maybe that's why the Annual Domino Toppling Extravaganza, scheduled for Sunday at the Brattleboro Museum & Art Center, is now in its 12th year. That makes it the longest-running annual event of its kind in the world.

And maybe that's why one of the event's longtime participants has turned her hobby into a career.

Returning to Brattleboro for Sunday's topple is YouTube superstar domino artist Lily Hevesh. She is collaborating once again with fellow domino artists Shane O'Brien, Chris Wright, and Nathan Heck for the BMAC event, and they're hoping to wow audiences with setups full of color, sounds, surprises, and actions, providing drama and thrills as the wave snakes its way through depictions of well-known characters and topples complex towers.

YouTube page had been viewed 10.9 million times as of last week.

Hevesh was not willing to reveal what the team has in mind for this year's domino design, except for one detail: It lasts about 5 minutes.

"It's a surprise," she said. "What separates BMAC's domino event from a lot of others is that it's very free-form. It's a great opportunity for us to build in an awesome space and have complete creative control."

Hevesh, now 20, is one of the best known domino artists in the world. She first became mesmerized by the art form after watching YouTube videos when she was 10 years old, getting her first set of Dominoes with 28 pieces and posting her first toppling in 2009. Gaining popularity, she was featured on YouTube and Reddit, which in turn propelled her into YouTube stardom.

Hevesh's YouTube channel, Hevesh5, has racked up more than 2.5 million subscribers, and her most-watched videos have been seen upwards of 50 million times. She has been featured on the Today Show, has done commercial work for Disney, Marvel, Ford, Honda, Prudential, and LEGO, worked with Katy Perry for the launch of her album "Witness," and she worked on the film "Collateral Beauty" starring Will Smith, as did O'Brien and Heck.

Today, Hevesh's entrepreneurial skills have turned that childhood activity into a full-time career embracing the "domino artist revolution," as she called it. She first joined the BMAC event in 2014 before launching her professional career.

From Friday morning, through all day Saturday, and Sunday until the 5:30 p.m. toppling, while the museum is closed in between exhibits and walls are devoid of art, the domino team will collaborate and create with steady hands, filling the floor of the Wolf Kahn & Emily Mason Gallery with elaborate patterns and design. Last year's Incredibles-Super-Heroes-inspired design was made up of over 30,000 dominoes and took over 3 minutes to topple, garnering lots of "oohs" and "ahhs," punctuated by many Fonz-like "whoas" out of the audience.

BMAC Director Danny Lichtenfeld said that the fun doesn't end there for the children. Even though the highly-anticipated event only takes minutes to unravel, the most fun for the children is helping color sort all the Domino tiles back into the bins.

"This event has attracted quite a following," said Lichtenfeld. "Every year, the museum has been filled to capacity, with audience members squeezed around the perimeter of the main gallery. It's loads of fun, but also nerve-racking, since one false move could trigger the entire chain reaction."

BMAC's domino topplings began in 2008 when brothers Mike and Steve Perrucci traveled to Brattleboro to build a course created specifically for BMAC. The Perruccis returned to Brattleboro each of the next four years, creating bigger courses each time. In 2011, they enlisted the help of other domino-toppling enthusiasts, who eventually took the helm after the Perruccis retired from domino duty.

On Sunday, doors open at 5 p.m., when audience members can come in and have a chance to guess how many dominoes make up the course. Whoever comes the closest will get to start the entire chain reaction at 5:30 p.m.

Admission is free for children 8 and under, $3 for BMAC members, and $5 for all others.

Founded in 1972, the Brattleboro Museum & Art Center presents rotating exhibits of contemporary art, complemented by lectures, artist talks, film screenings, and other public programs. The Museum's galleries and gift shop are open every day except Tuesday, 11 a.m. to 5 p.m. Regular admission is $8 for adults, $6 for seniors, and $4 for students. Members and children 18 and under are admitted free of charge.

Located in historic Union Station in downtown Brattleboro, at the intersection of Main Street and routes 119 and 142, the museum is wheelchair accessible. For more information, call 802-257-0124 or visit brattleboromuseum.org.