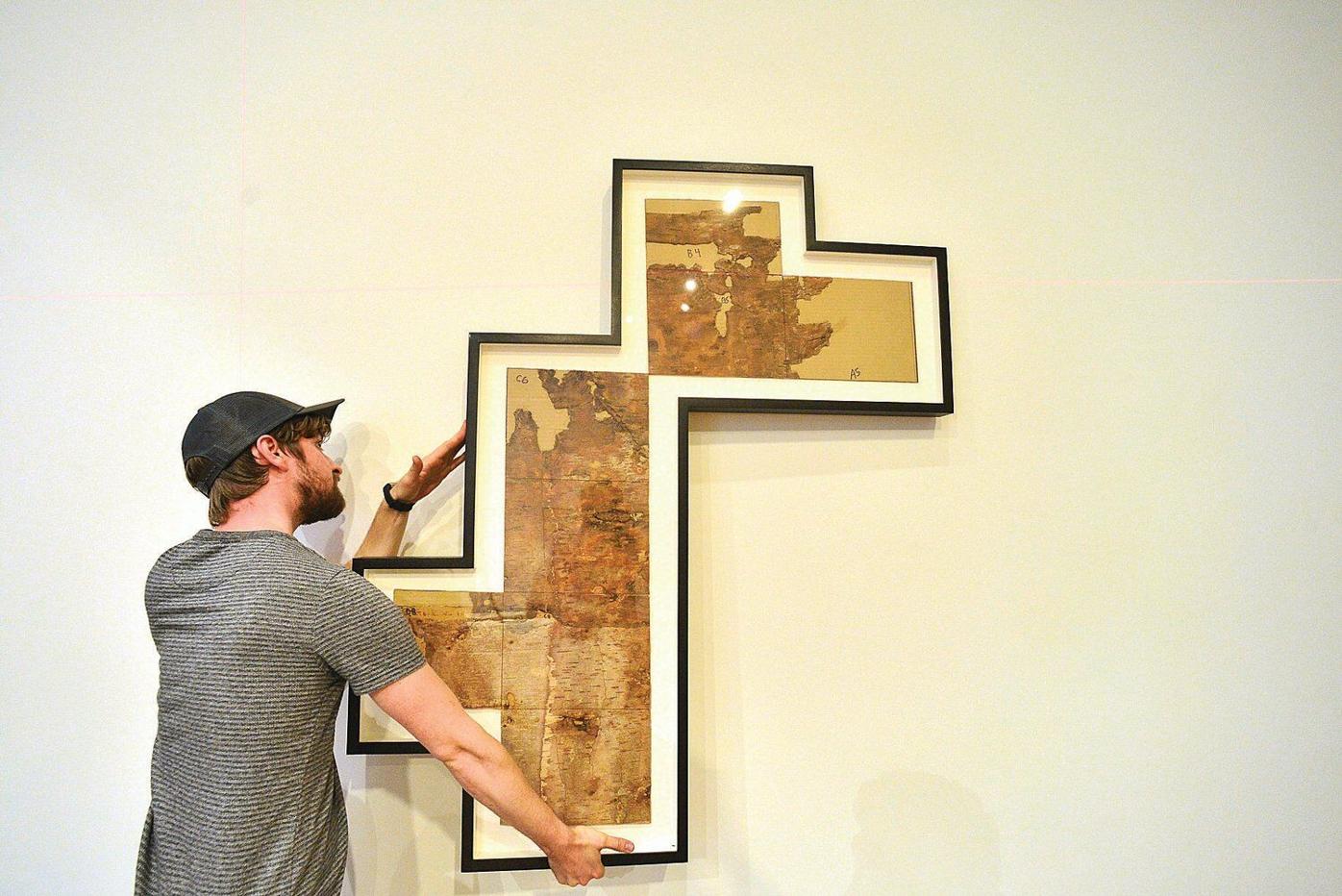 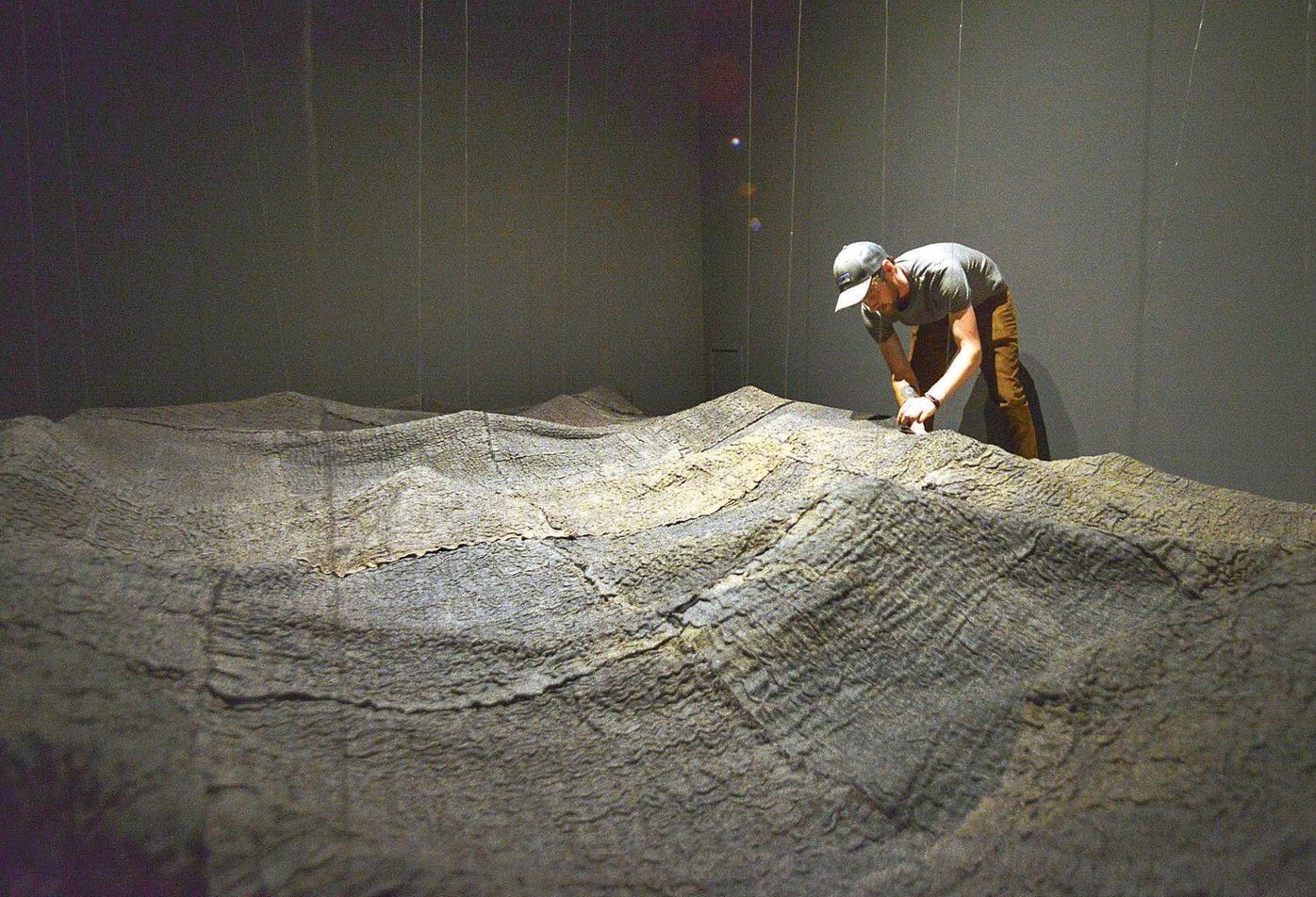 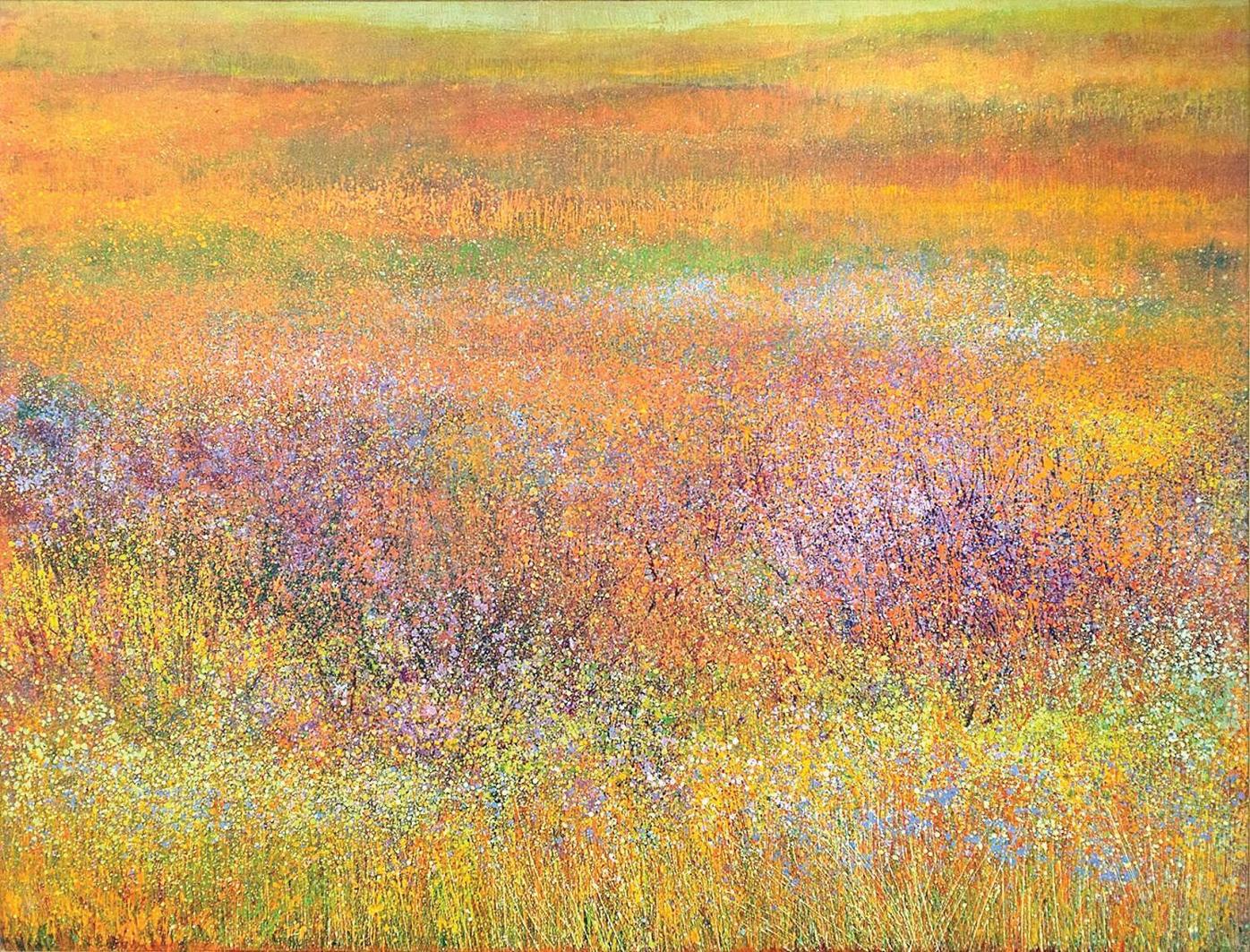 BRATTLEBORO — Multimedia art depicting music made by trees and vibrant cosmic images of tarot cards are examples of what to look forward to in the five new exhibits by artists all with strong ties to New England at the Brattleboro Museum & Art Center.

In "Doug Trump: By Rail," 12 visually flowing abstract paintings were created on leftover pieces of window trim and sash boards covered with Polaroid photographs and layered with color and vigorous brushwork. While small in scale, ranging in size from 4 to 5 inches high and 20 to 28 inches wide, they "invite us in for a closer look at their materials, their making, and their meaning," said Mara Williams, the museum's chief curator.

Trump, who lives in Marlboro, is interested in texture and the immediacy of results, and works to see what happens.

"The exhibit is of two different flavors. One is a more muted palette, one is more coloristically active, but all involved in their physicality. I would like the viewers to have a visceral awareness of the experience as they come in contact with the pieces."

Trump will speak about his work on Thursday, Jan. 16, at 7 p.m. at the museum

The inspiration for the multimedia "Maria Elena Gonzalez: Tree Talk" stemmed from Gonzalez's time as a resident faculty member at Maine's Skowhegan School of Painting and Sculpture. That's where she saw a virtual connection between the cylindrical tree trunk and the striations of the birch bark and the patterns on the coded paper piano rolls and wondered, "What would that code play on a player piano?"

The rubbings of the birch bark created templates for laser-cutting paper piano rolls. In the exhibit, an ongoing video loop shows and plays the music from the birch tree bark. Unique to the Brattleboro museum exhibit is a horizontal 45-foot long collage of birch.

Gonzalez said when she first played Skowhegan Birch No. 1 on the player piano, she had no expectation other than the sound would be pretty dense. "I was stunned at the deliberateness of the notes — jazzy."

About showing in Brattleboro, she said, "I'm excited. It is like bringing it home. I'm thankful for the trees."

Thelma Appel, a co-founder of the Bennington College Summer Painting Workshop, said it means a lot to her to have a show in Vermont, where she spent her formative years as an artist. She described the 12 pieces in "Thelma Appel: Observed/Abstract" as traveling through time in her imagination, a biographical journey about her life and how she saw things through art.

After Sept. 11, 2001, Appel's imagery shifted from pastoral to apocalyptic. Williams chose four tarot paintings, created by Appel during that time of mourning.

"My tarot images became the beginning of a new series in which I explored my feelings about time and endless space, transcendence and inner joy, while depicting cosmic phenomena," Appel said.

Appel said she is excited to be in Vermont and see work she hasn't seen for many years, like "Desert Sage" (1973) on lend from the Vermont State Curator's office.

A news release described the exhibit "Fafnir Adamites: Interfere (with)" as a sculptural installation, created from felted wool and burlap, that focuses on intergenerational trauma and the emotional turmoil inherited from past generations.

"Using traditional craft processes such as felt making, weaving, and papermaking, I create sculptural and installation work that serve as meditations on trauma, memory and the legacy of emotional turmoil inherited from past generations," said Fafnir Adamites, a Turners Falls, Mass., resident. "The theory that anxieties and traumas are embedded in a person's DNA and are then passed down to the next generation is a major motivation in my artwork. "

Adamites will speak about her work on Wednesday, Dec. 18, at 7 p.m.

Another artist experiencing a coming home is Brattleboro artist Gordon Meinhard, who helped launch the Brattleboro Museum & Art Center in the 1970s. "'Gordon Meinhard: The Lives of Tables' is a conversation around the family table," Williams said.

As stated on the museum website, "Though depicting humble tables, Meinhard's creations bear physical and psychological nuances, requiring careful observation to unlock their riches. At first, the works seem to be straightforward examples of Modernist still life painting. As one spends time looking, however, the tables take on personality."

Meinhard said, "My present work is not only about tables but also about marks on paper, space and color. I selected the collage elements from earlier works. My intent is for the viewer's eye to travel, connecting line to line, color to form, and in this way to find a focus or lose the self in a process, an experience."

The museum, at the intersection of Main Street and routes 119 and 142, is wheelchair accessible. For more information, call 802-257-0124 or visit brattleboromuseum.org.