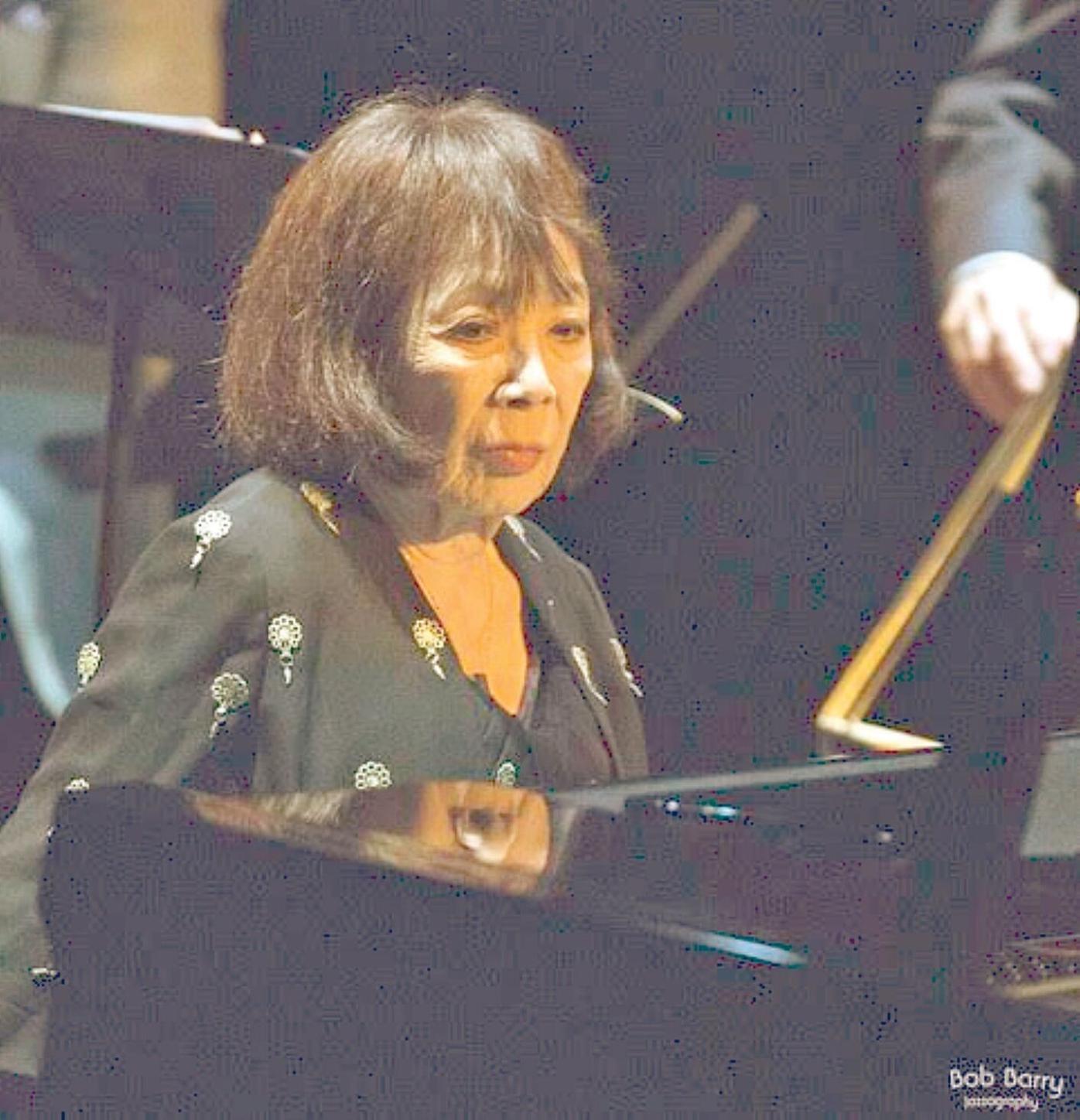 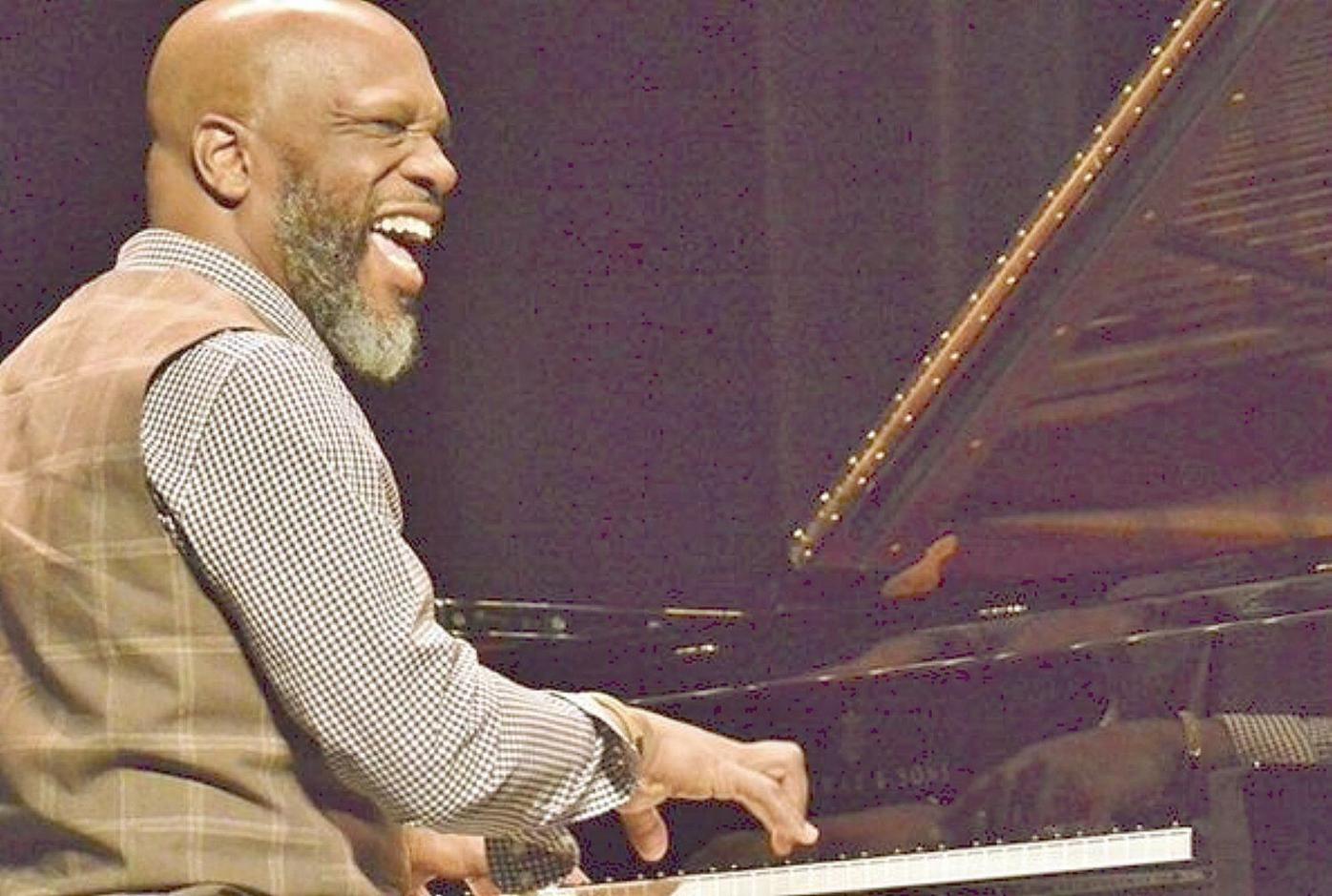 Jazz pianist Orrin Evans, the pianist in the highly acclaimed recording and touring trio The Bad Plus, is among the performers in this weekend's Solo Jazz Piano Festival. 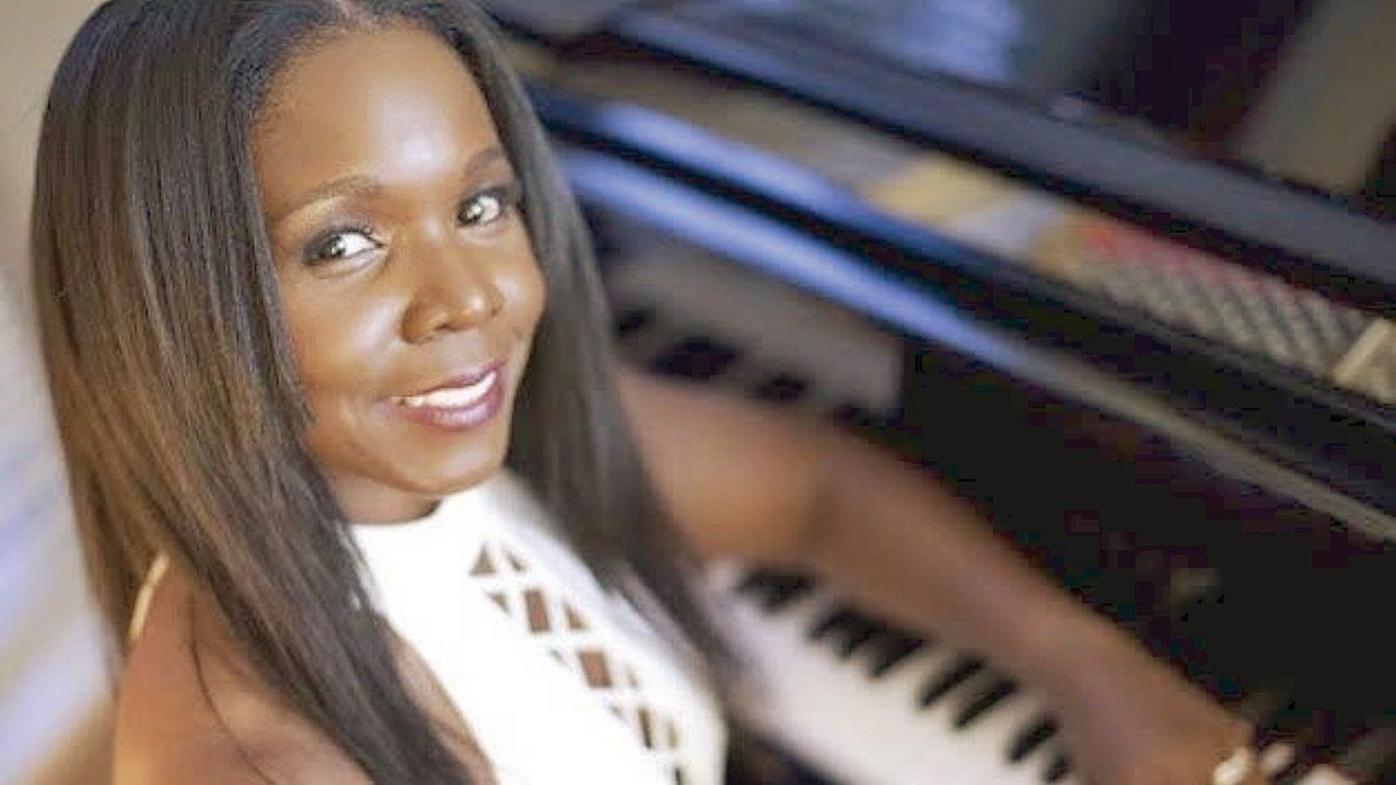 Jazz pianist Orrin Evans, the pianist in the highly acclaimed recording and touring trio The Bad Plus, is among the performers in this weekend's Solo Jazz Piano Festival.

BRATTLEBORO — The stage at the Vermont Jazz Center's Cotton Mill Hill home will be empty this weekend, but the center's fourth annual Solo Jazz Piano Festival is still taking place as planned, online.

The center is using technology to bring a full slate of talented performers, featuring National Endowment for the Arts Jazz Master Toshiko Akiyoshi, to online listeners and viewers wherever they are — and keep the interactive nature of the event intact.

"We're aware of fact we have audience that's really supportive of what we do," Jazz Center executive artistic director Eugene Uman said of the decision to press on. "We've been trying to think about creative ways to utilize the concerts we already have in our schedule as jumping off points to connect and expand that audience so it could be worldwide."

"[Wednesday] morning we got an email from a former student who lives in Japan, and she told us she was thrilled by the fact we have Toshiko Akiyoshi performing."

Each of the artists will be performing from the comfort of their own home or a close-by piano studio using digital streaming technology to present their sets live, directly on the Vermont Jazz Center's webpage. They'll be joined Saturday by fellow pianist Helen Sung, who will interview the artists using the Zoom video conferencing platform.

The pianists are excited to be taking part and performing for an audience, Uman said.

"A lot of them are sitting at home wanting to do things, wanting to get their music out to the world," Uman said. "I called Orrin Evans, and he said he was so grateful to be doing this. He said he 'I really want to have a purpose in my life, and my purpose is to play music for other people.'"

The festival will follow the same format as past years, with feature concerts on Friday and Saturday evenings, Saturday daytime classes and emerging artist concerts, and a late afternoon panel discussion among all the artists.

The event will be free and open to the public, donations are encouraged and can be made online through the Jazz Center's website

Sung has performed at previous Solo Jazz Piano festivals and has taught at the Jazz Center's Summer Jazz Workshop. "We're very fortunate to have her as part of our community," Uman said.

To optimize the online experience, the Jazz Center is working with web designer John DiGeorge of Good Bear Productions and videographer Michael Hanish of Free Lunch Media to incorporate platforms that, when combined, create a well-rounded visual/audio experience to virtual audiences. The festival is using Vimeo for optimal video and sound quality, Facebook for its live streaming reach, and Zoom for its interactive conferencing capabilities, Uman said.

Making performances and interviews for eight pianists in eight locations is a technical challenge, Uman said. He credited DiGeoege, Hanish, graphic designer Elsa Borrero and office manager Ginger Morawski, among many others, for pulling together and making it possible. "This has been a real collaborative effort," he said.

The Solo Jazz Piano Festival began in 2017, inspired by the donation of a Steinway concert grand piano gifted to the Vermont Jazz Center by the McKenzie Family Charitable Trust. This piano was initially owned by concert pianist Lorin Hollander.

Over the course of a seven-decade career, Toshiko Akiyoshi has made a unique and vital contribution to the art of jazz. She has recorded over 60 albums as a leader, three as a solo pianist and over 20 with full jazz orchestra. In 2007, she was honored as a NEA Jazz Master. She has received 14 Grammy Award nominations, 16 DownBeat Readers' Poll Awards, and 13 DownBeat Critics' Poll Awards. In Japan, Akiyoshi has received numerous awards, and twice been honored by the Emperor.

Philadelphia-based Orrin Evans has been categorized as a bebop player and as one of the "young lions" that emerged in the 1990s. He is now the pianist in the highly acclaimed recording and touring trio The Bad Plus. He has performed with Nasheet Waits, Christian McBride, Oliver Lake, Kurt Rosenwinkel and others. Evans has performed as a sideman on dozens of albums with artists such as Sean Jones, Bobby Watson, Ralph Peterson, The Mingus Big Band, Conrad Herwig, Duane Eubanks, Steve Wilson, and Roy Hargrove.

Born and raised in Havana, Cuba, Grammy - nominated pianist and composer Manuel Valera is a Guggenheim Fellow who has recorded 13 albums as a bandleader with touring projects ranging from his Grammy -nominated group New Cuban Express to modern contemporary jazz trio to solo piano. He is the recipient of many composition grants and commissions , including three New Jazz Works awards from Chamber Music America, and the A SCAP Young Jazz Composer Award.

Shamie Royston is, according to JazzTimes, "a vigorous, versatile pianist." She grew up alongside her sister, the award-winning Tia Fuller, in a musical and academically-minded household. Royston appears on two of Fuller's albums, "Decisive Steps" and "Angelic Warrior," and has released two albums as a leader.

Maya Keren is a Philadelphia-raised pianist and composer currently pursuing a music degree at Princeton. She participated in Lincoln Center's Summer Jazz Academy and the Kimmel Center Creative Music Program. At Princeton, she plays in large and small ensembles directed by Darcy James Argue and Rudresh Mahanthappa.

Franz Robert has performed in each of the past three Vermont Jazz Center Piano Festivals. He has taught piano lessons and assisted ensembles at the Jazz Center since 2014. Robert was featured in the Pittsfield Jazz Festival as the 2015 Jazz Prodigy and has appeared on the main stage of the Northampton Jazz Festival. He serves as pianist for numerous churches including gospel congregations. He has recorded one album as a leader, "On Putney Mountain."

Matt Twaddle is a recent graduate of the music program at the University of Massachusetts. He has performed with the Mid-Atlantic Collegiate Jazz Orchestra with guest conductor Warren Wolf and at the Kennedy Center in Washington, D.C. Twaddle was the recipient of four student awards from Downbeat Magazine, including Best Soloist. Upon graduation from UMass in 2019, he joined the U.S. Army Band, where he now resides as a member of the Maneuver Center of Excellence Band at Fort Benning, Georgia.

The festival is sponsored by Katy Oz, Norman Cohen, Diana Bingham and an anonymous VJC Summer Jazz Workshop donor, and underwritten by the Vermont Arts Council, the National Endowment for the Arts, The Commons, the Brattleboro Reformer, and radio stations WVPR, WVEW and WFCR.