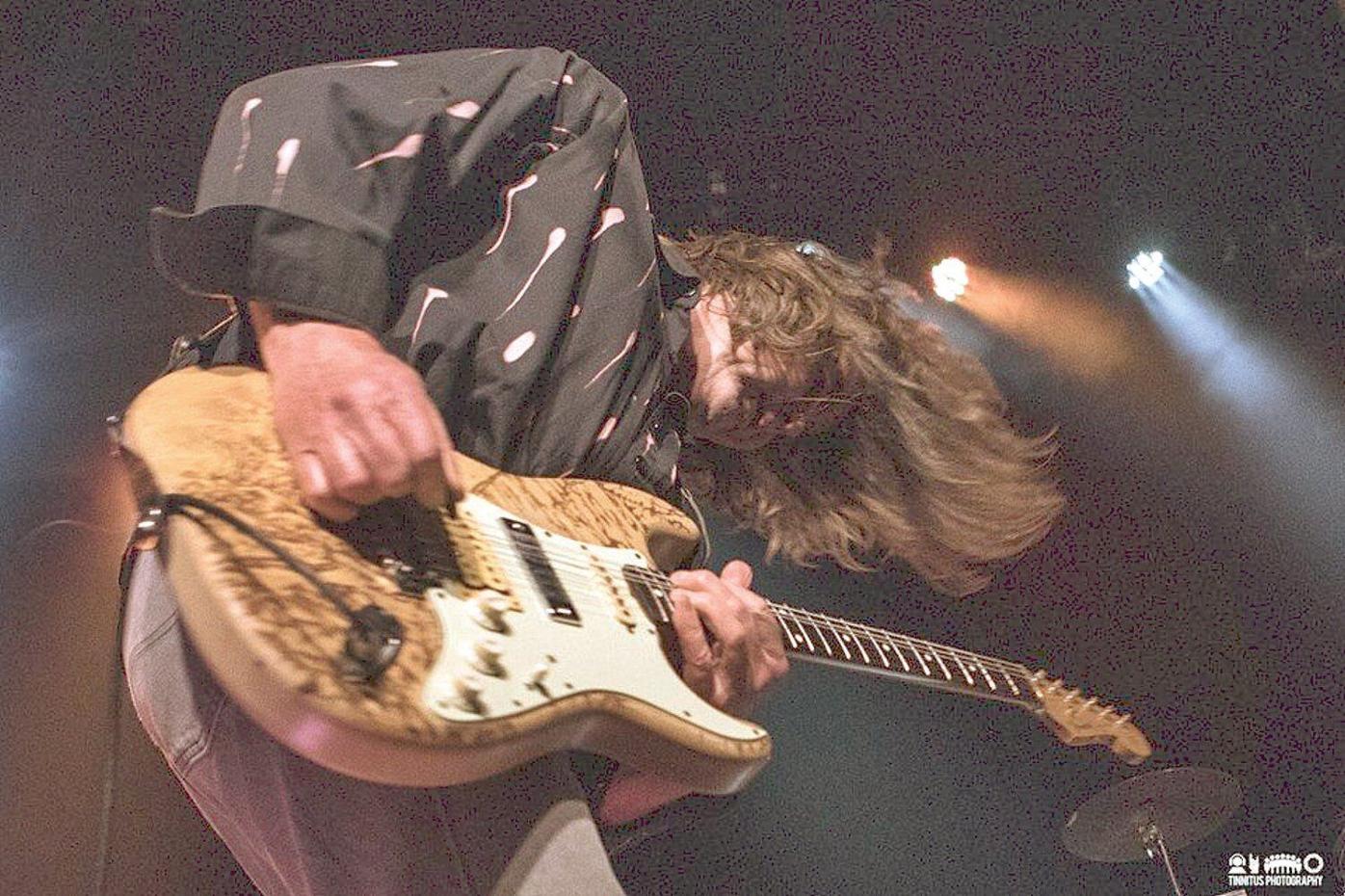 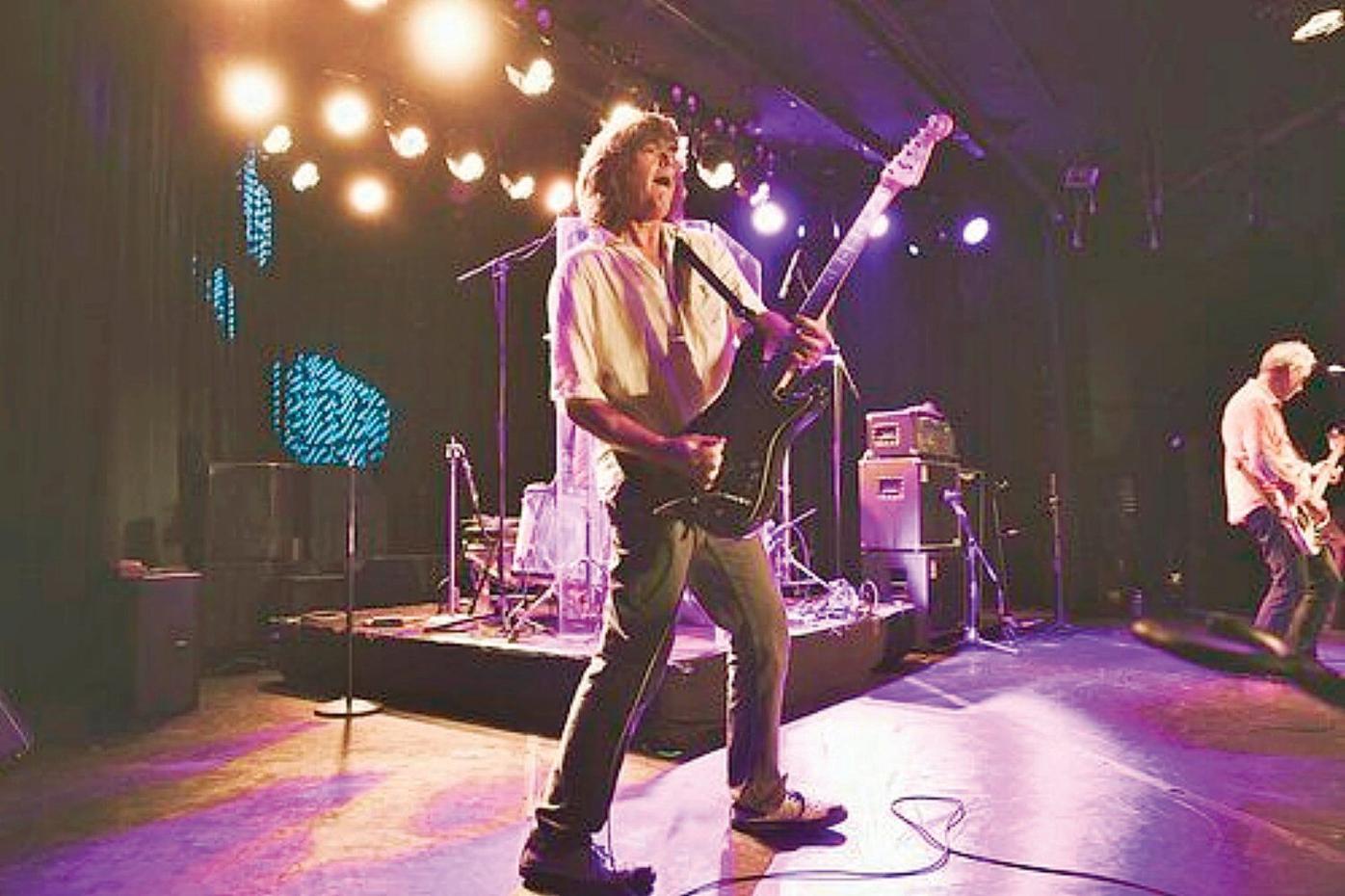 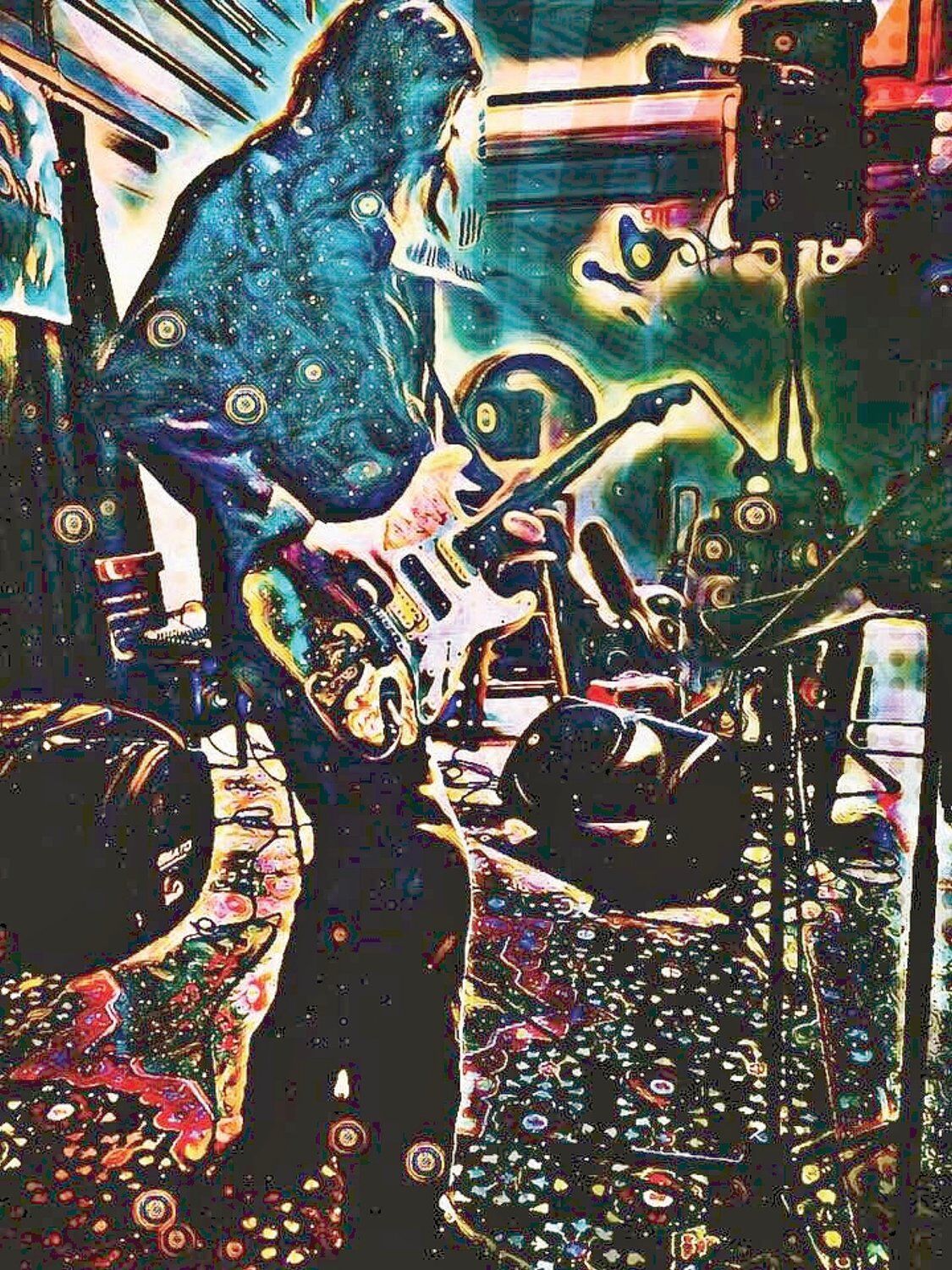 Update 5/28/2020: Due to technical difficulties, this event has been postponed.

More information and updates can be found at brattleboromuseum.org.

GUILFORD — As a music student in 1975, Roger Clark Miller developed a new technique to structure his compositions.

"Under the influence of surrealism, I decided that I could use dreams to structure music," Miller said of his approach, which he called Dream Interpretation.

The Mission of Burma frontman, who now lives in Guilford, came of age in the psychedelic era and said he found his voice as a musician by blending classical, improvisation and rock.

Forty years later, a suggestion from Brattleboro Museum & Art Center Director Danny Lichtenfeld to try ambient guitar "laid the seed" for a new performance Miller will debut in a virtual event organized by the museum. On May 29 at 7:30 p.m., the museum will present "Roger Clark Miller: Six Dream Interpretations" via a free livestream. Miller, the center of a "solo electric guitar ensemble," will perform from his home.

"I started thinking, what can I do in a solo guitar setting, that wouldn't rely on a full band, that I could do on my own time?" Miller said. "That led directly to the Dream Interpretation concerts, and it's fitting that the first concert will be, in fact, affiliated with the Brattleboro art museum — that's how I got into it."

Lichtenfeld said he is intrigued by artists whose work expands his idea of what their art form can be.

"I just really have a lot of respect for artists who blur boundaries and who are really open to a wide range of influences, including sources that, in the case of a musician, aren't even necessarily considered musical," Lichtenfeld said. "That kind of creativity and open-mindedness is really inspiring to me and I think Roger really embodies that."

The concert is being held in conjunction with Miller's exhibit, Transmuting the Prosaic, on display at the museum through Oct. 12.

A link to the livestream and photos of the exhibit can be found on the museum's website.

Miller, 68, who also gives guitar lessons via Skype, recently took time out of his practice and instruction schedule to talk to the Reformer about his one-man ensemble, how dreams can structure music and why he moved from Boston to Vermont.

Q: What is a solo electric guitar ensemble?

A : This will take a little bit of explaining, but, I use four guitars, a looping device that repeats patterns I play into it and then a lot of sound-altering devices. I have a regular guitar around my neck. Then I have three of what they call lap steel guitars. Normally, they're in your lap and you play like Hawaiian and blues kind of stuff on it, or country. But these all have legs.

So I've got a guitar around my neck and then I have three of these lap steel guitars that are on legs. So I have 18 strings over there. And I prepare the strings, so they've become portable, prepared pianos. I've done a lot of prepared piano work in my life. Prepared piano was invented by John Cage, where he put objects on the piano strings, and it no longer sounds like a regular piano; it sounds more like a gamelan, or a percussion ensemble. It does the same thing with these guitars, these portable lap steel guitars. So I have a regular guitar to play regular notes in harmony. And the other guitars I use to make unusual sounds, like drum patterns. Sometimes I play behind the bridge so it sounds kind of like a Japanese koto instrument.

I have those parameters: four different guitars that do very different things. Then I have all sorts of sound-altering devices like fuzz tones, tremelos and delays. And then I have the looping device, which is the clincher. I can make up to three different loops at the same time. I would play a rhythm pattern on one of these prepared guitars, and then I'd hit it and stop it right in time and that pattern keeps repeating. It's like a little rhythm machine, and then I play to that as if that's my drum track.

Then I can add more lines to that, like bass lines or I can add [another] loop in a different duration so things keep overlapping. I can change the speed of the loop to make it an octave lower or make it go backwards.

Essentially, with all these three different elements combined — the four guitars, the sound altering devices and the loops — I can create many, many different types of sounds and ensemble settings.

Q : Can you talk about how your dreams inform your music?

A : Here I was, trying to think of what I could do with the electric guitar and not be in the band, just playing really loud. I just pursued all these things that interested me, all the types of sounds — and many of these, you would not even recognize as guitar sounds.

To contextualize all these types of sounds, I use my Dream Interpretation technique, which I developed when I was in music school in 1975, while I was looking for a way to organize my serious chamber music compositions.

What's interesting here is that dreams do have a very specific structure. I mean, everyone is different, but dreams have a general way they unfold and open up and close. Dream logic is the antithesis of waking logic, whereas waking logic, we're very rational, we go from A to B to C to D, generally, in a pretty linear way. In dreams, it's a completely different kind of logic. You could jump all over the place. People can be there that are dead or couldn't possibly be in the same location. So it's more irrational, yet it has its own type of logic. To me, the use of the Dream Interpretation technique gives a context for my interest in unorthodox guitar sounds. These are just guitar sounds that are from a different type of logic — that's all — and using dreams helps contextualize that.

Q : Six Dream Interpretations is an updated version of your Elemental Guitar work from the mid-1990s. How has it changed?

A : I made one record of that and I did some touring down the East Coast — solo guitar with loops and stuff. But then I was trying to pretend that I was a rock band. Most of the songs have lyrics and choruses and stuff but, I mean, given me being me, they didn't sound like regular rock music. But the context was generally a rock band, a solo rock band. On that album, I did two dream interpretations that didn't have vocals and didn't have verses and choruses. And they were definitely the most successful things that I did on that 1994 record.

That's kind of the jumping off point. It's much more sophisticated because instead of me just trying to scramble and play on the road, I've had time to think about it. I did a Kickstarter to get all the gear that I really wanted. Looping machines have become much more sophisticated. And now I have these three lap steel guitars, so my sound palette is much more than just like a rock guitar that's distorted and pretending it's a bass line or percussion rhythm section. My palette is much greater. It's a vast improvement as far as I'm concerned.

Q : What inspired your move to Vermont?

A : I live in Guilford. I moved to Boston in 1978. And I moved here in 2015. I lived in Boston during the whole post-punk and all that kind of interesting stuff. Up until 2015, I lived in a really nice flat in Somerville with (my partner of 10 years) Deb McLaughlin, who I live with here. She had bought this house on the side of a mountain in Guilford, and I always thought, it's so silly you have that house, why don't you just move back to Boston.

Then gradually I started to like it more and more out here, and then I'm completely priced out of Boston. So I just said, Deb, what if I just move out here instead? So it was a very, very easy transition to make. People think it's weird that I used to live in downtown Boston and now I live in Vermont, but it's just different, that's all. I still do the same kind of research I always did.

Q : What kind of music are you listening to now?

A : Mostly my friends' music. My friend Peter Prescott from Mission of Burma, he has kind of a rock, but kind of a real open, improvisational rock ensemble. My brother Ben is a composer. At night I listen to, I've been analyzing Pierre Boulez and Gyorgy Ligeti, serious 20th-century composers. But then at home when we're listening to music, it could be anything from Erik Satie, or the composer Terry Riley who I really like. He was one of the first people to use loops, like a looping pattern. And you know, I like rock music, too, sometimes I'll listen to The Kinks, or even Trinary System, my current rock band. It varies every night.