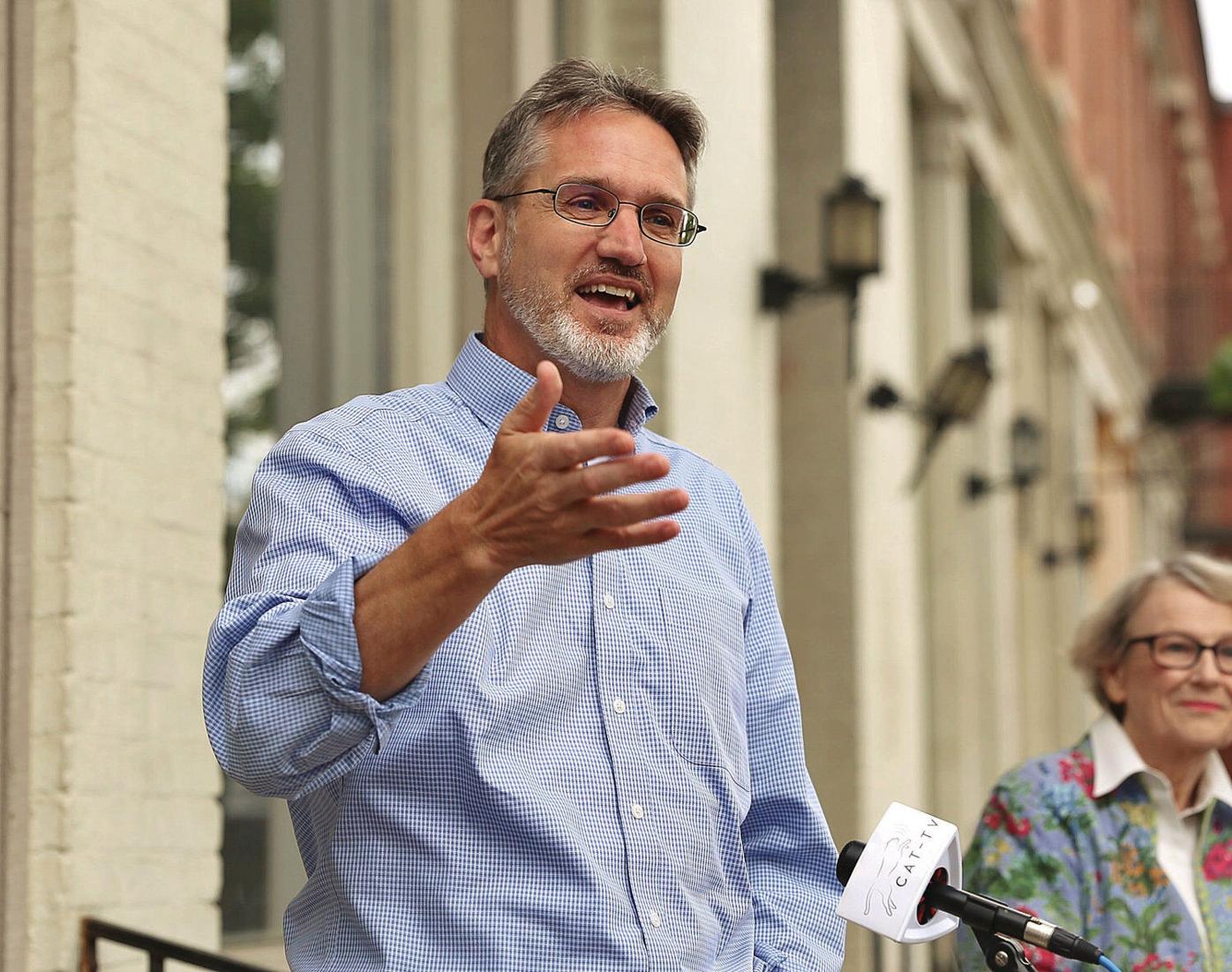 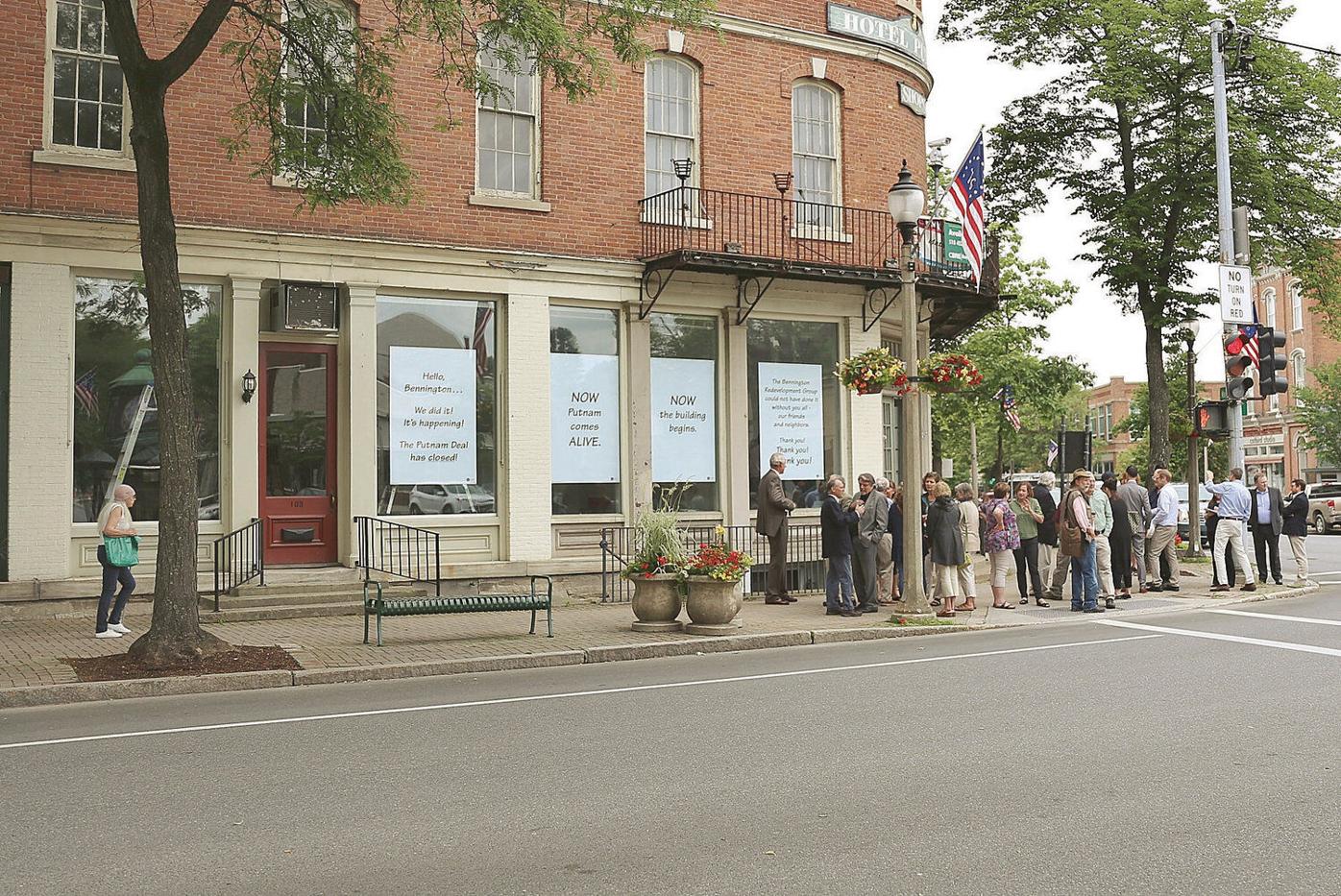 BENNINGTON — Construction officially began on phase one of the Putnam Block redevelopment project Tuesday, moving forward a years-long revitalization effort that got a jolt Friday with the closing on a $54 million financing package.

"We're here to celebrate — emotionally — the closing that happened last Friday," said Robert Stevens, owner of M&S Development, at a gathering Tuesday morning in front of the historic Hotel Putnam at the Four Corners. "We want to let people know that we overcame that [financing] hurdle. We are starting construction."

M&S Development is managing the project. Phase one is expected to be complete 15 to 18 months from now.

The complex financing package for the first phase of the $54 million Putnam Block project closed late Friday afternoon. The financing package, said to be one of the most complex of its kind in the country, involved sign-offs from at least 17 agencies or institutions providing funding toward the first-phase work, costing about $27.6 million in total, the Banner previously reported.

"People in the community didn't believe this could happen, because it was such a massive undertaking," he said. "This is really kind of a sigh of relief. Now we get ready to see the actual construction taking place."

Hurd was one of about 20 people, including project developers, who gathered outside the Putnam Block on Tuesday morning to celebrate the closing of the financing deal. Inside the building, a labeled poster detailed plans for the project. Coffee and butter crunch candies labeled "6/14/2019! How Sweet It Is!" were laid out.

The construction manager, Bread Loaf Corp. of Middlebury, was on-site and mobilized, Stevens said after the brief gathering.

"They're starting to lay out the work," he said. It will take "a little while" for construction to ramp up — people won't see a lot of action for a couple of weeks, he said.

The first step is select demolition — things like taking down partitions, not demolishing buildings, he said.

The first phase of the massive redevelopment effort includes renovation of the historic Hotel Putnam and of the courthouse building adjacent to the south and the Winslow Building, just to the west of the former hotel.

"It's what we refer to as a gut rehabilitation," Stevens said. All three buildings will be in like-new condition.

Phase two is expected to include construction of a multi-story building at Main Street and Washington Avenues with medical and other offices, a second building adjacent to that, and creation of additional residential units, parking, walkways and open space.

The third phase would likely be undertaken by a housing developer such as Shires Housing, in cooperation with other organizations and include affordable and other housing units along Washington Avenue.

If built out as planned, the project could add well over 100 units of housing to the downtown core, planners have said.