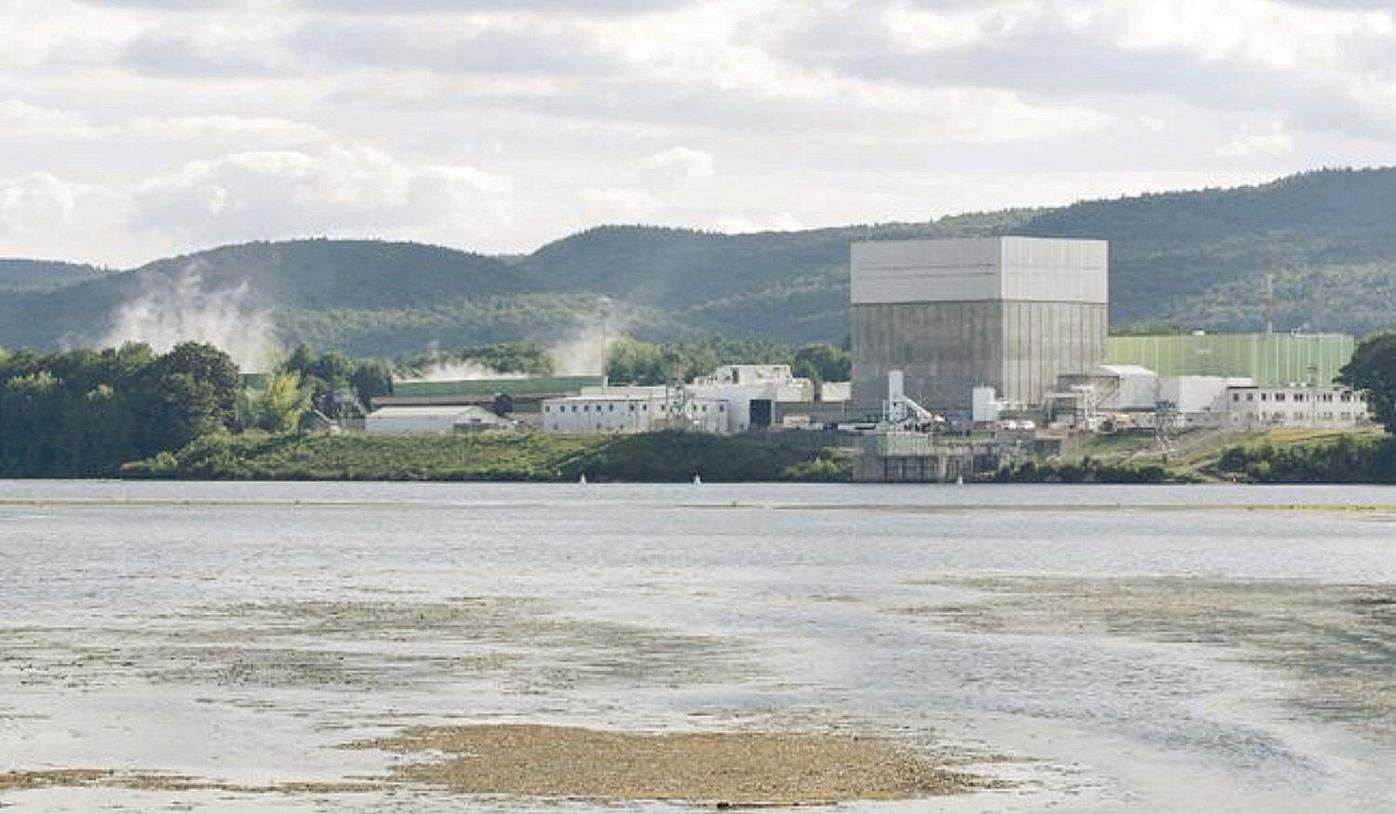 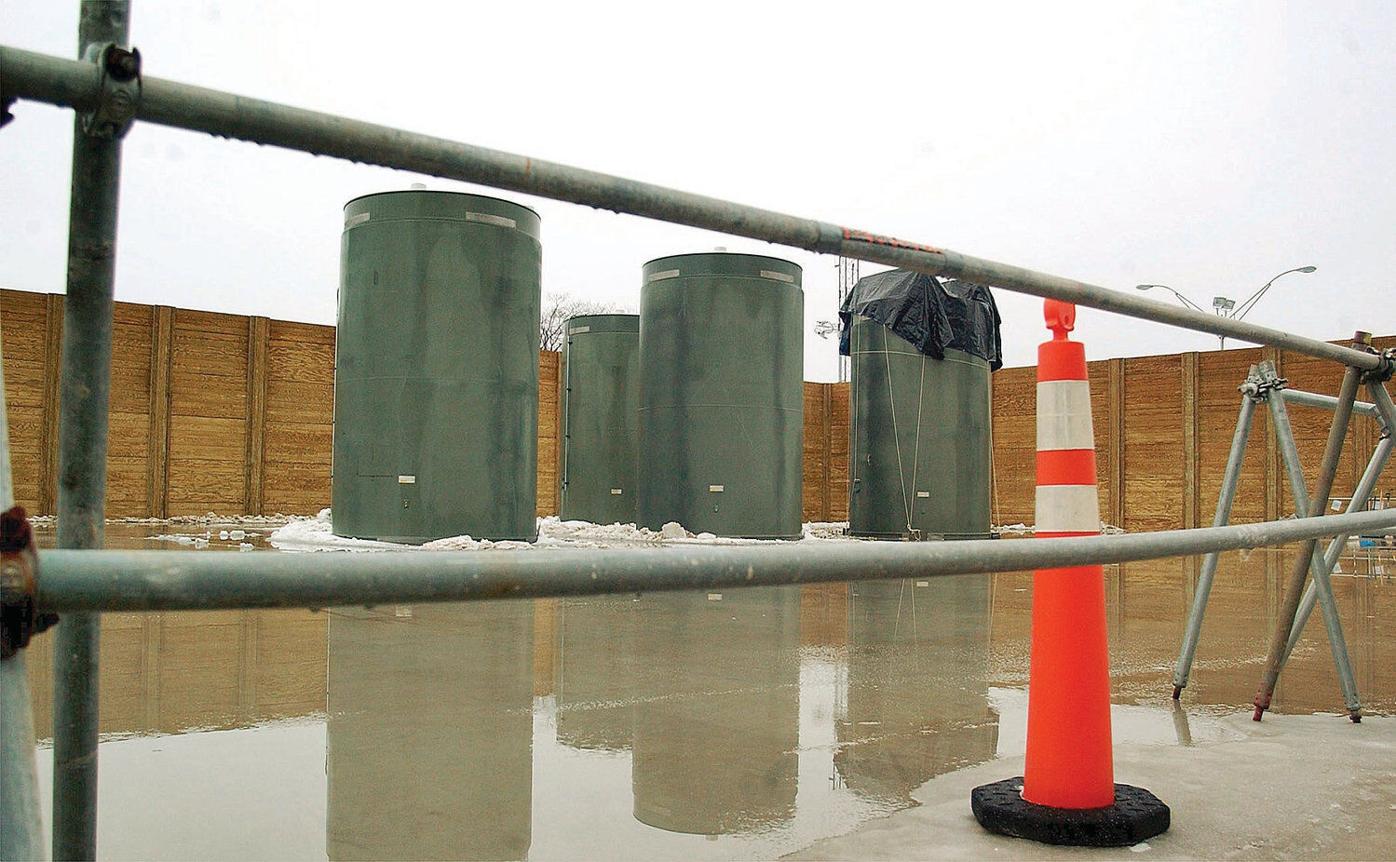 VERNON — The New Jersey manufacturer of the casks being used to store highly radioactive nuclear waste at the Vermont Yankee nuclear power plant has been cited by the Nuclear Regulatory Commission for violations when it changed design of the casks without permission.

Holtec International was found to have violated two federal nuclear regulations for the design changes it made to the casks, which are in use at nuclear power sites all over the country, including in Vernon. The problem with the casks was discovered at the San Onofre nuclear power station in California. A subsequent inspection revealed no problems with the 58 Holtec casks being used to store Yankee's radioactive fuel.

Of the 58 casks on site in Vernon, 31 were of the new, unapproved design. The problem was a broken-off stainless steel four-inch shim at the bottom of the cask, upon which the basket which holds the radioactive fuel rods rested, raising questions about the ability of the cooling helium gas to circulate around the still-hot fuel.

Holtec not only designed and manufactured the steel and concrete casks in use at Vermont Yankee, but also managed the transfer of the radioactive fuel from the plant's spent fuel pool into the casks, moving them to a new storage facility on the north end of the Yankee site.

The problem of the loose bolt or shim, which was discovered in 2018, halted the transfer of the fuel for about two months at Vermont Yankee, as Holtec and federal regulators worked to determine whether the hundreds of casks at other nuclear plants were affected.

The NRC notice of violation came after a daylong hearing in January, where Holtec presented its case on why it didn't violate NRC standards and regulations. The regulator found that Holtec failed to establish "adequate design control measures for selection and suitability of materials, parts, equipment" and also failed to perform a written evaluation to demonstrate that a design change did not require additional NRC approval.

The formal NRC notice of violation to Holtec said the company was considered for a $36,250 fine, but the regulators found that the fine was not warranted because there were "no aggravating circumstances" and that Holtec responded promptly to the problem. "This enforcement action may be used in the evaluation of any future significant violations," the letter added.

"The company performed a safety assessment of the loaded multi-purpose canister using the modification of pins to support the bottom of the shims instead of machining the shim bottoms to form cutouts for helium flow. That evaluation showed that the functioning of the cask, i.e., proper heat transfer from the spent fuel, would not be adversely impacted even if the bolts were to come loose," Sheehan said.

The 58 casks hold 42 years of spent nuclear fuel at the Vernon site because the federal Department of Energy hasn't taken ownership of the old fuel, as it was supposed to do.

Anthony Iarrapino, Vermont spokesman for new owner NorthStar, which is also the decommissioning firm for the Vermont Yankee site, said Monday the company would have no comment about the Holtec violations. Likewise, a spokeswoman for Holtec International, which is based in Camden, N.J., couldn't be reached for comment Monday. In January, company officials had complained to the NRC that the alleged violations were "much ado about nothing."