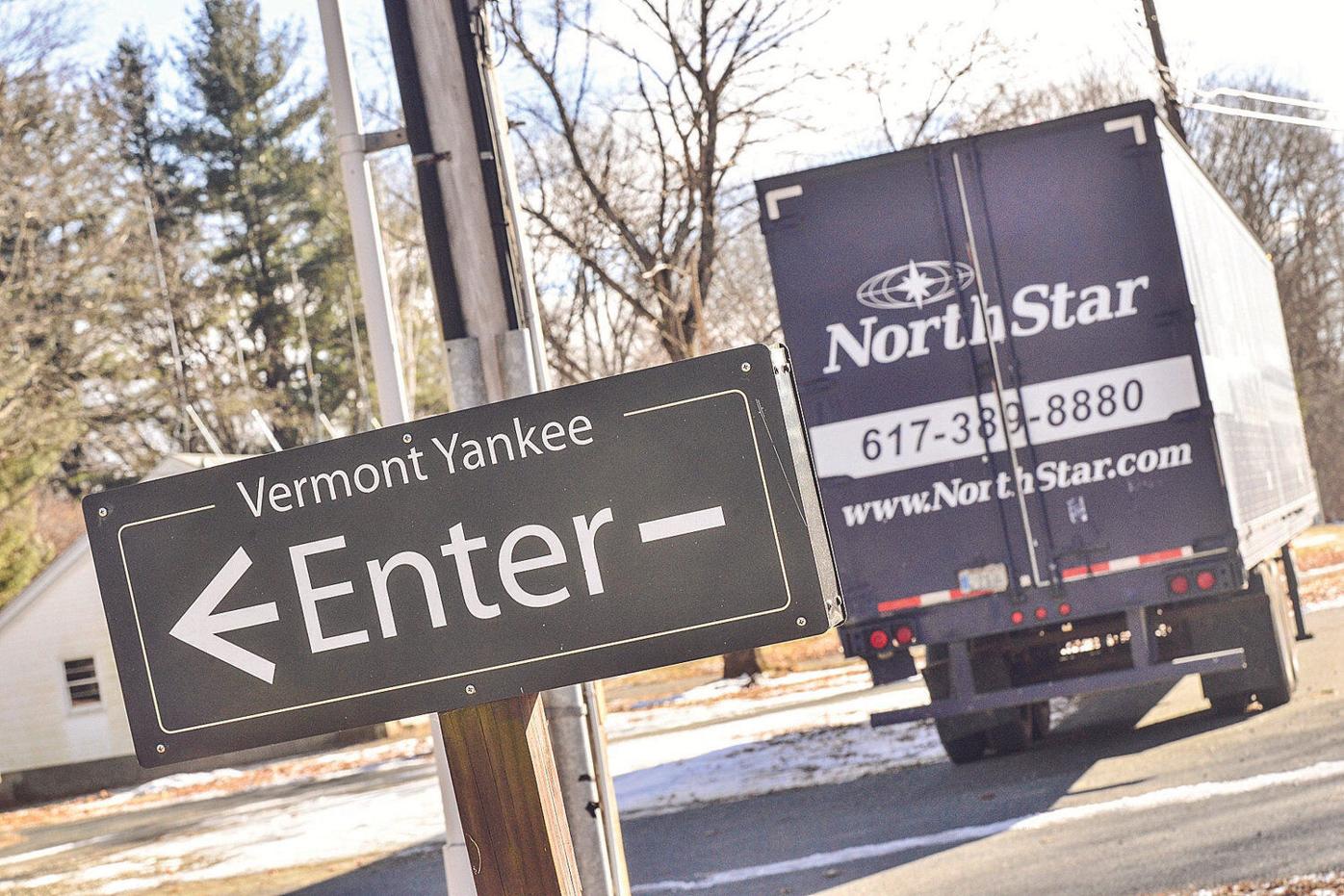 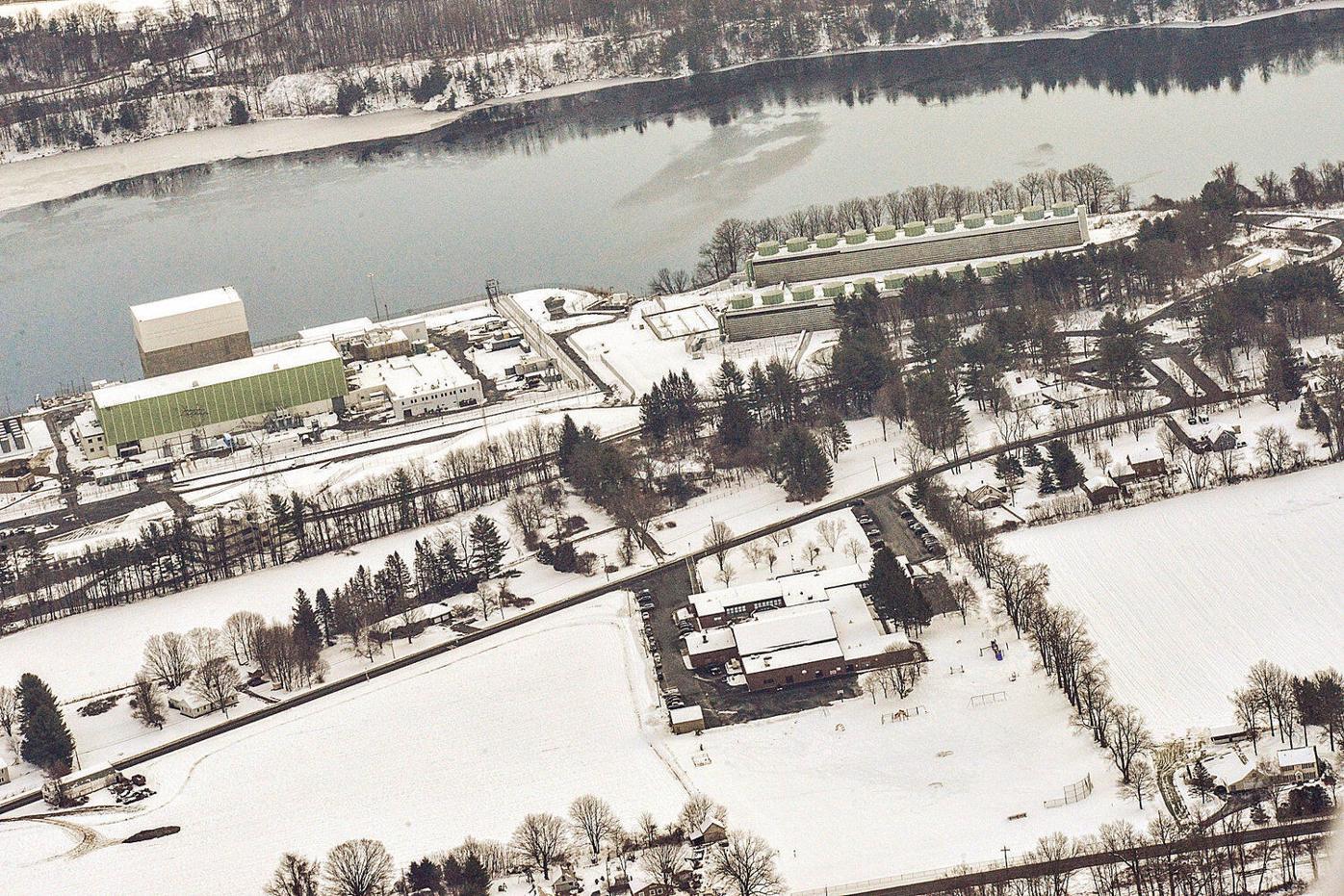 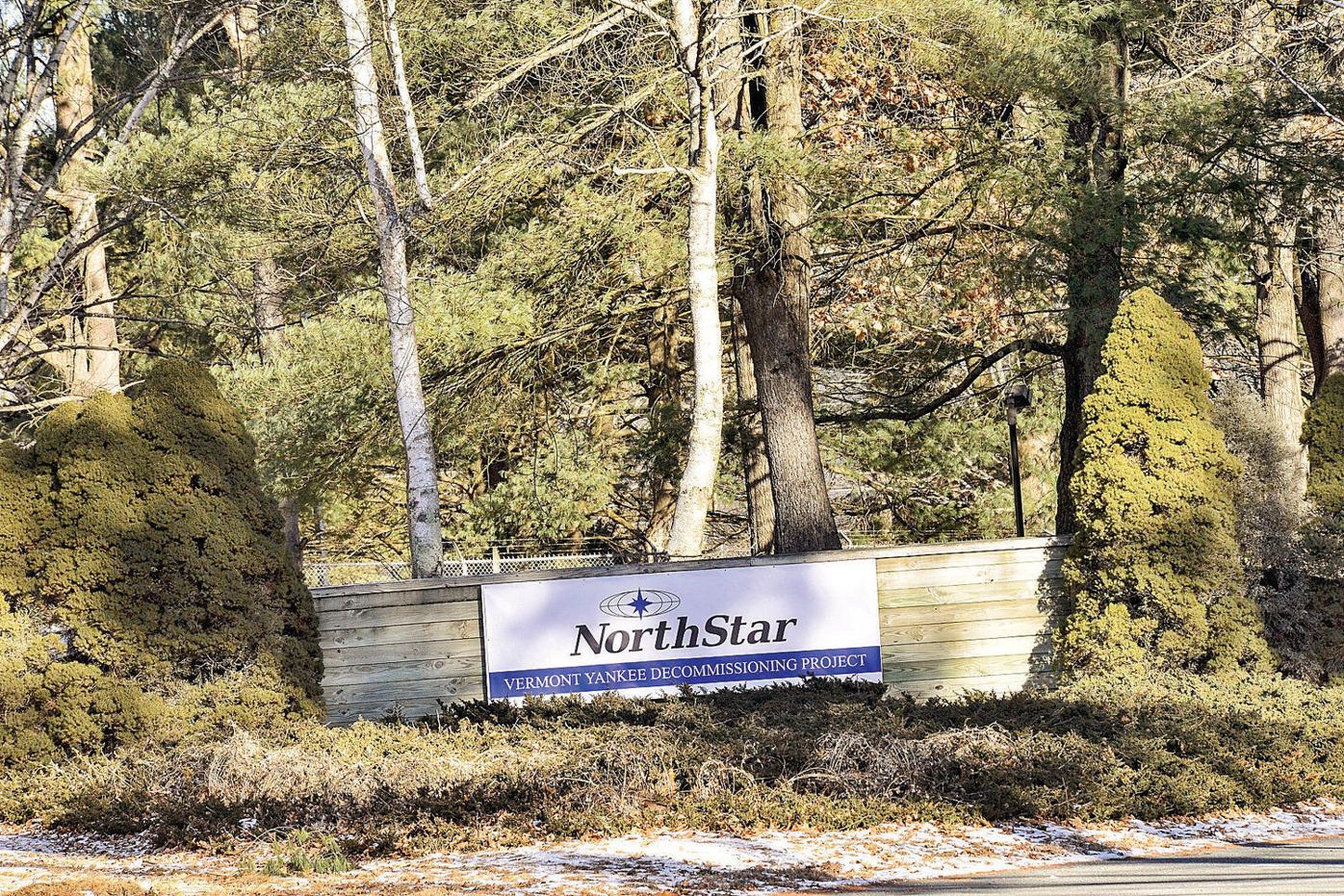 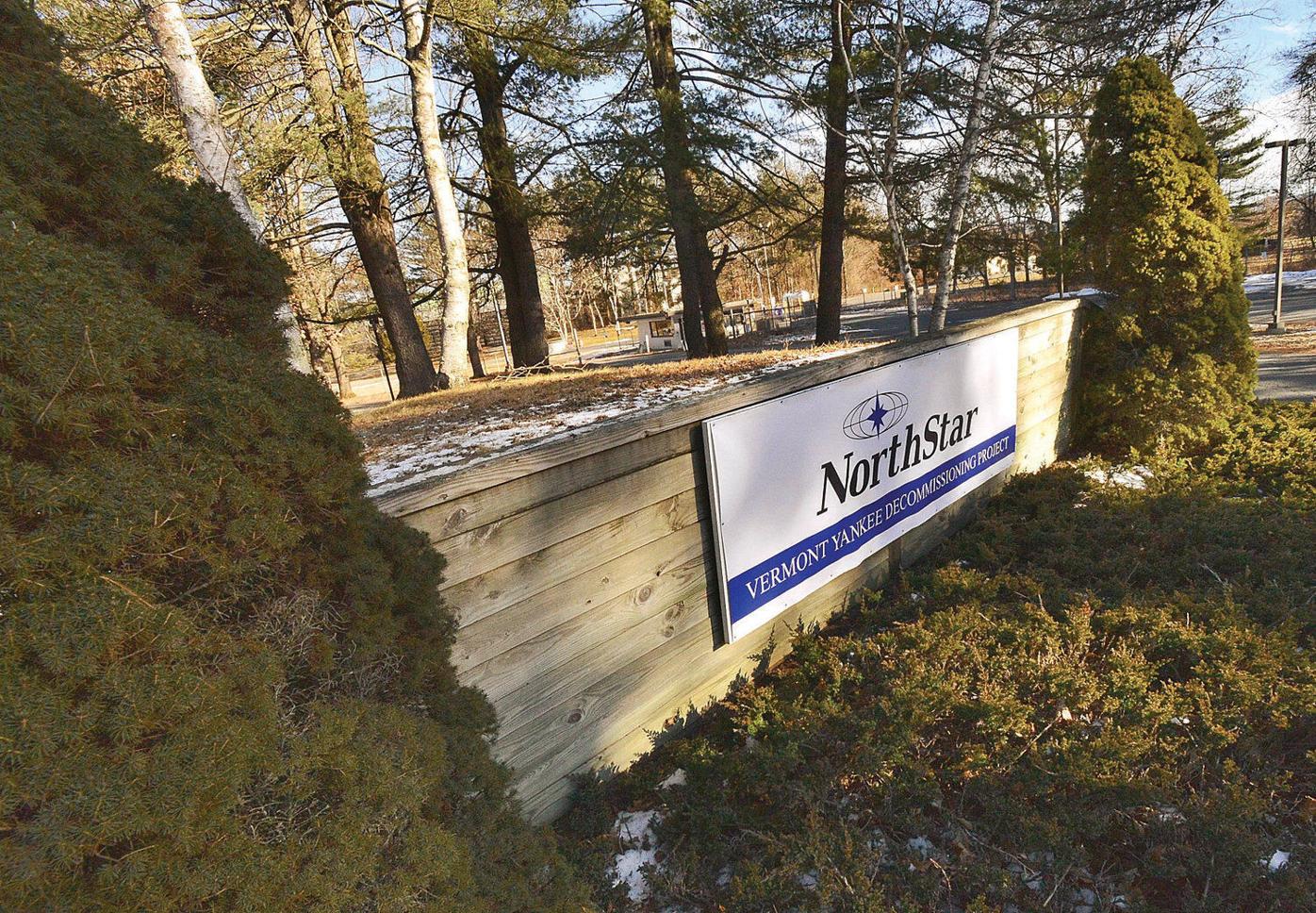 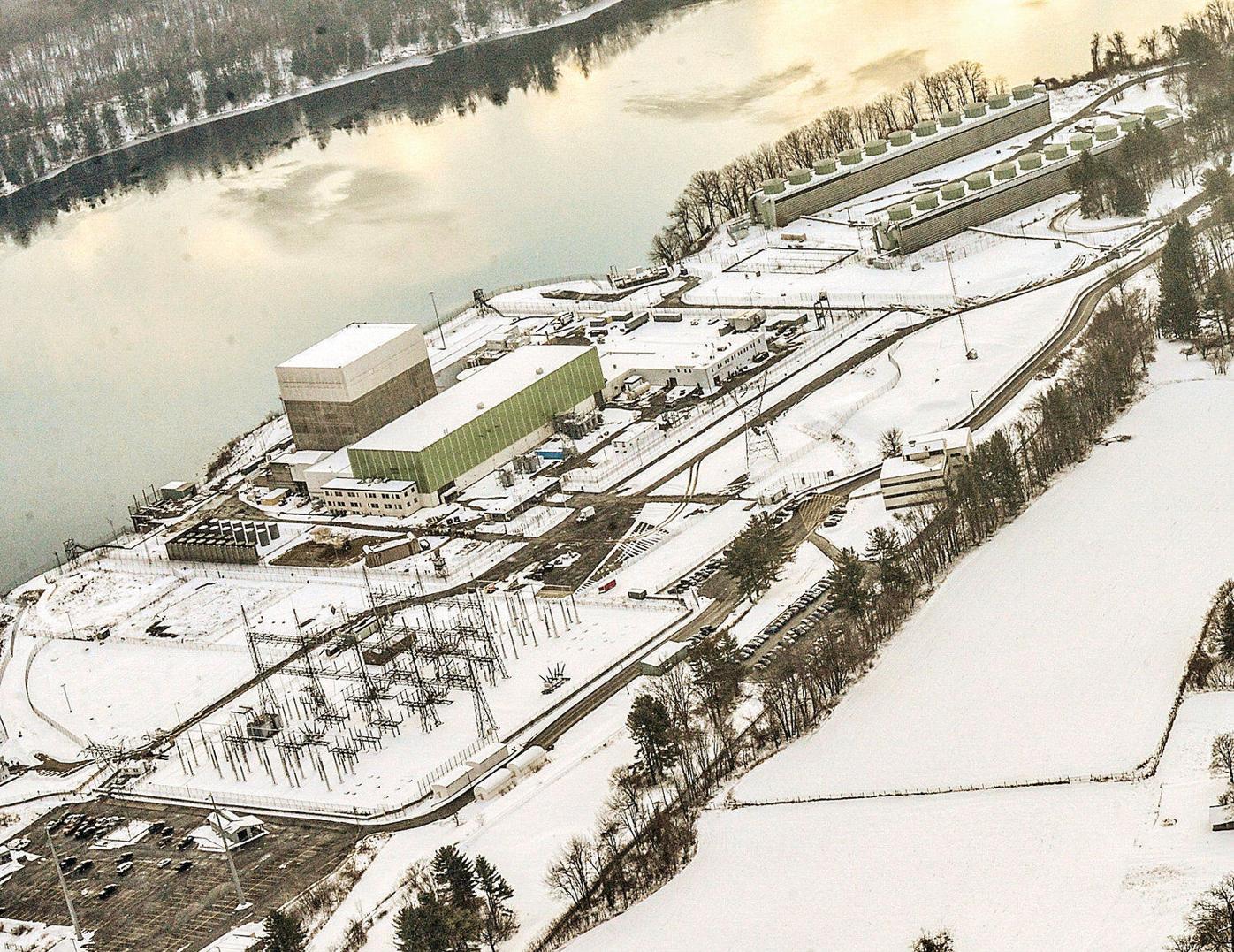 VERNON — In the end, Vermont Yankee nuclear power plant sold for a symbolic and nominal $1,000 — plus its $506 million decommissioning trust fund.

The formal sale was announced first thing Friday morning, and came a little over a month after the Vermont Public Utility Commission approved the sale.

Both state and federal regulators had required additional funding and guarantees from Entergy Nuclear and NorthStar over the original 2016 offer.

The Nuclear Regulatory Commission had approved the sale and license transfer to NorthStar in October. The sale was hailed as the first of its kind in the nuclear power industry, as a decommissioned nuclear reactor was sold to a non-nuclear company for decommissioning, clean up and site restoration.

NorthStar is conducting the demolition and cleanup with a team it has assembled of Orano USA, which will handle the reactor vessel segmentation and used fuel management; Waste Control Specialists, which will handle the packaging, transport and disposal of the radioactive waste; and Burns & McDonnell, which will provide engineering and regulatory support.

Neil Sheehan, a spokesman for the Nuclear Regulatory Commission, said the focus of the lengthy NRC review was not on costs but whether NorthStar had "the appropriate technical and financial wherewithal to properly decommission the plant." "With respect to Vermont Yankee, the length of time required for that license transfer review had to do in large part with questions the NRC staff had about the sufficiency of the plant's decommissioning trust fund," said Sheehan. "We determined that while the fund was sufficient for decommissioning, it was insufficient to cover spent fuel management over the time frame expected before the U.S. Department of Energy would take the high-level radioactive waste from the site," Sheehan said. "We sought further details via requests for additional information and discussions with both NorthStar and Entergy. In response, the companies agreed to additional financial guarantees in response to concerns that were raised," Sheehan said. "NorthStar greatly appreciates all the hard work that Entergy and numerous other stakeholders invested to bring this transaction to a successful culmination. Now that the transaction has closed, NorthStar and its industry-leading decommissioning team can move forward with our plan to safely and efficiently restore the Vermont Yankee site to conditions suitable for productive economic use decades ahead of schedule," said NorthStar chief executive officer Scott State. "Our work at Vermont Yankee will serve as a model for decommissioning other retiring commercial nuclear reactors around the country," he said. "In the years ahead, NorthStar and its team looks forward to building on the constructive relationships we have already formed with local officials, regulators, and other stakeholders to ensure a successful decommissioning process."

The sale was completed without an additional contribution to the plant's trust fund, which was established by the plant's original ratepayers. Entergy, since it bought the Vernon plant in 2002, never contributed to the decommissioning trust fund.

The sale of Vermont Yankee will result in what the company said was a pre-tax book charge to earnings, which it said was "consistent with estimates previously disclosed."

Vermont Yankee, a single-unit boiling water reactor designed by General Electric, began operation in 1972, and it ceased generating power on Dec. 29, 2014, about a year after Entergy Nuclear announced that New England energy market conditions made operating the small nuclear plant unsustainable. Entergy has since announced the eventual closing of Vermont Yankee's sister plant, Pilgrim Nuclear in Massachusetts. State noted that NorthStar and one of its partners in the Yankee decommissioning have already started work at the Vernon site, under what he called a "defined scope of work" with Entergy, to lay the groundwork for active decommissioning.

"This preparatory work, which we concluded on schedule, included upgrades to the existing rail spur that will be used for transport during the decommissioning process. NorthStar and Orano have also completed the engineering work to prepare for segmentation of the reactor and dismantling of other structures inside the reactor building," he said.

The staffing at Vermont Yankee is currently at 60-65, State said, and they will remain at the site and are moving into the next phases of decommissioning. "Over the coming year, the specialized workforce on site will roughly double," he said. "There will typically be 100 and 150 employees working on decommissioning Vermont Yankee," he said. What he called "a full complement" of security personnel will also be on site.

Christopher Campany, the executive director of the Windham Regional Commission, and the current chairman of the Nuclear Decommissioning Citizens Advisory Panel, said the sale was a milestone. "It's definitely a major transition," said Campany. "Now with the change in ownership and the order from the PUC, it seems like there's a pretty clear path forward."

"It will take several years per NorthStar's own plans," Campany continued. He said Vernon has been going through a major planning process for the town as a whole, involving the Vermont Yankee site and a new village center.

In Vernon, the final transfer was greeted with enthusiasm on Friday. "Our town and the region is lucky to have this opportunity. We have worked hard to protect the interests of our residents and promote the safe and speedy decommissioning of Vermont Yankee," said Josh Unruh, chairman of the Vernon Select Board and an employee at the Brattleboro Reformer. "We are confident that Northstar will protect the interests of our residents while preparing the site for future economic development nearly 30 years earlier than previously forecast. Local leaders are looking forward to planning for future growth."